All Superior Ratings in Elba 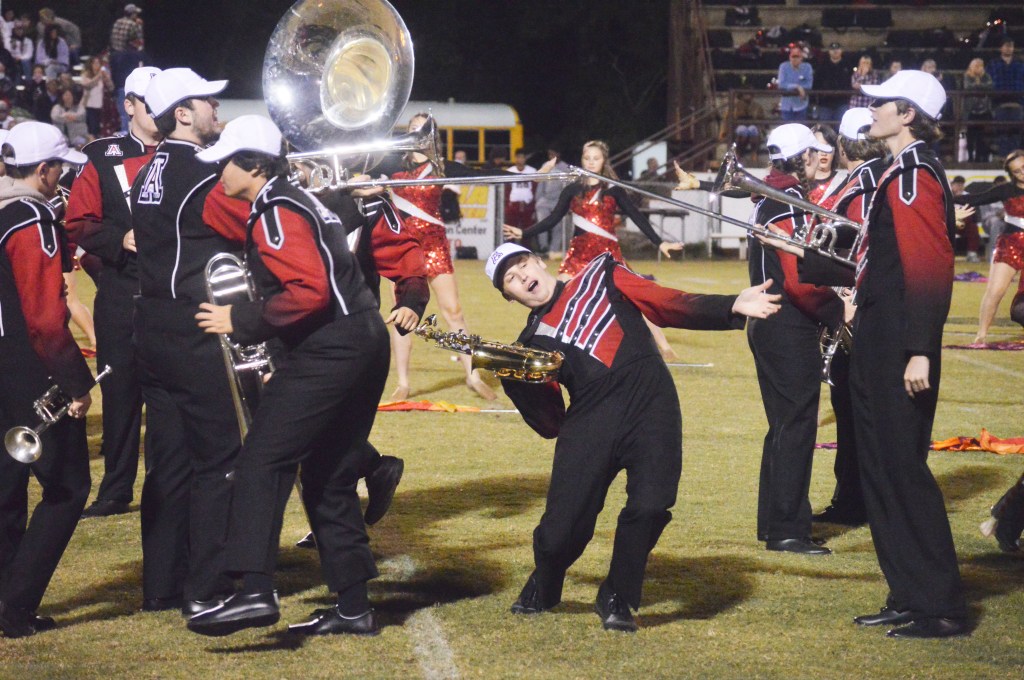 The decision to go to the one competition of the fall, band director Bennie Shellhouse said was to give the children the experience.

“I thought that it was important for the kids to have some type of normalcy, especially for the seniors,” Shellhouse said. “The seniors have missed opportunities for us to compete like we normally do and I just thought that it would be good for our seniors to have a little bit of closure to their football season.”

This year’s show was all about entertainment, with selections such as Devil Went Down to Georgia, September, Jump in Line.

“I think the show went great this year,” Shellhouse said. “We decided to do a little bit less caliber of a show because we wanted to find something that was more fun and something that we didn’t have to stress out about because we didn’t know what our practice schedule would be like because of COVID. The kids have really done fantastic with it.”

Earning superior ratings in the contest, Shellhouse said his students did a fantastic job at the Pea River Band Competition.

“We had great crowd response this weekend,” Shellhouse said. “It’s always a positive thing when you see the different bands in the stands all with their phones out recording you. That always makes you feel good.”

Looking forward to the year after football season, Shellhouse said there are still plenty of things on the schedule.

“We are still doing the Christmas Parade, so we will start preparing for that,” Shellhouse said. “Then after that, we are going to start concert band. Last year was the first time that we split up the band into an ‘A’ band and ‘B’ band so we are hoping that things will be normal and we can participate in the state competition.”