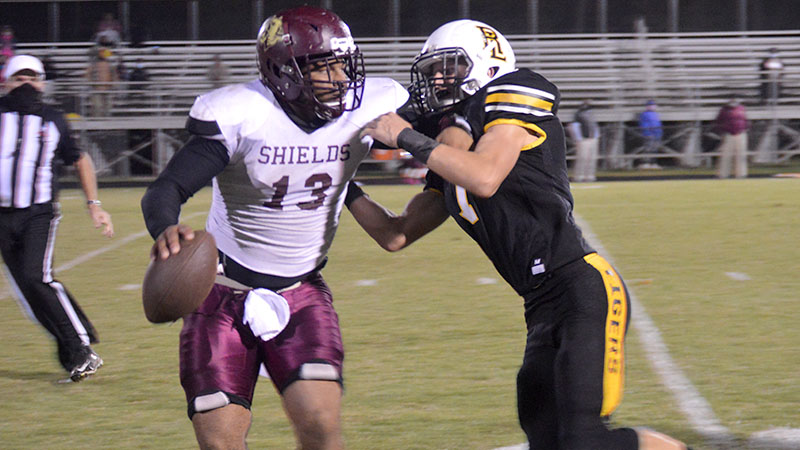 Brody Ingram gets to the J.F. Shields quarterback.

The Red Level Tigers secured their final win of the season on Friday against opponent J.F. Shields, 53-6. Coach Kenny Skipper said he was proud of his team and five seniors who stepped up during the homecoming game.

The Tigers held the lead in the first half and ended the game with a 47-point lead over J.F. Shields.

Despite not making it to the playoffs this year, Skipper said he has a playoff-worthy team.

“We were so close to being a playoff team this year. I mean if five or six plays go a different way we could be playing in the playoffs next week,” Skipper said. “They deserve that, but you know sometimes it doesn’t work out that way.”

“These five seniors have done a lot of good things here. They have faced a lot of adversity in the last year and a half and they took it head on and fought right through it,” Skipper said. “I’m really proud of the way they represent the school, the team, and their family. They just do things the right way and that’s what we’re trying to do here.”