BATTLE OF THE BULLDOGS IN THE FIRST ROUND: Andalusia to host Marbury in first round of playoffs this Friday night 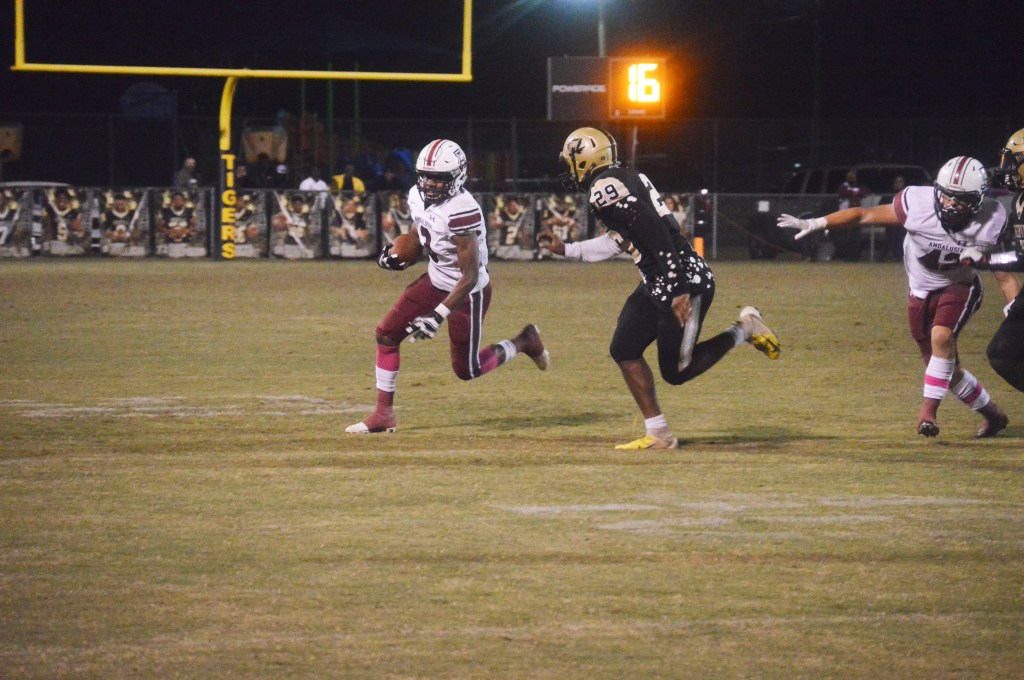 The Andalusia High School Bulldogs varsity football team has its eyes set on the first round of the 2020 AHSAA State Playoffs against Marbury High School after beating a strong 1A Brantley last week.

The Bulldogs ended the regular season 7-3 with a 5-1 region record. Andalusia was the region runner up.

Marbury finished its regular season with a 6-4 record and a 3-3 region record. Marbury placed third in its region.

“They are huge upfront,” Taylor said. “On both sides of the ball, but especially on offense. It’s good that we played Brantley last week because they have some big guys, but Marbury has some bigger ones. The big thing on the defensive side of the ball is figuring out where to get numbers. Their team will obviously want to establish the run first. We saw them early in the year when they played Charles Henderson, and we have film on them now and there is no doubt that they have gotten better and better.”

Taylor said this week there isn’t a wholesale change for the Bulldogs.

“Obviously we don’t want to be making any big changes this late in the year,” Taylor said. “The idea is that you have seen enough schemes that you know what to do versus different ones. I think in the last couple of weeks our run game has really come to life and I have been proud. I think we made a big jump from Greenville to Navarre up front. From a rushing standpoint, we have had four guys that have really rotated in there and have done a really good job. Omare Lattimer and Mike Hourel have been starters for us on defense as well, so we don’t want to tire them out.”

Going into a new classification this year and heading into the playoffs, Taylor said the records reset at 0-0.

“You have done what you needed to do by the end of the season and now it’s the playoffs,” Taylor said. “We have to take the bad and learn from our mistakes. It’s a new season and the thing that I have tried to stress to our guys is that the difference in 5A is that everybody has athletes. In the last couple of years, we have been able to play some teams in the first round that weren’t the best football teams, but now, everybody is going to have athletes.”

Taylor said it is going to take a huge effort not only on both sides of the ball, but on special teams, as well.

“I am tremendously proud of where we are getting at on special teams,” Taylor said. “Obviously Gage Theus has been quite a highlight, but I think our coverage is hopefully getting better because that was definitely a thorn in our side earlier in the year. I think our kids are finally locked in as far as I’m concerned. You could lose a ball game on special teams really easily and it certainly could be a momentum shifter.”

Andalusia hosts Marbury Friday night at 7 p.m. All tickets can be found online at https://gofan.co/app/events/135182?schoolId=AL11816, none will be sold at the gate.