TRYING TO BE HUNGRY: Andalusia High School Bulldogs ready to take a new classification by storm 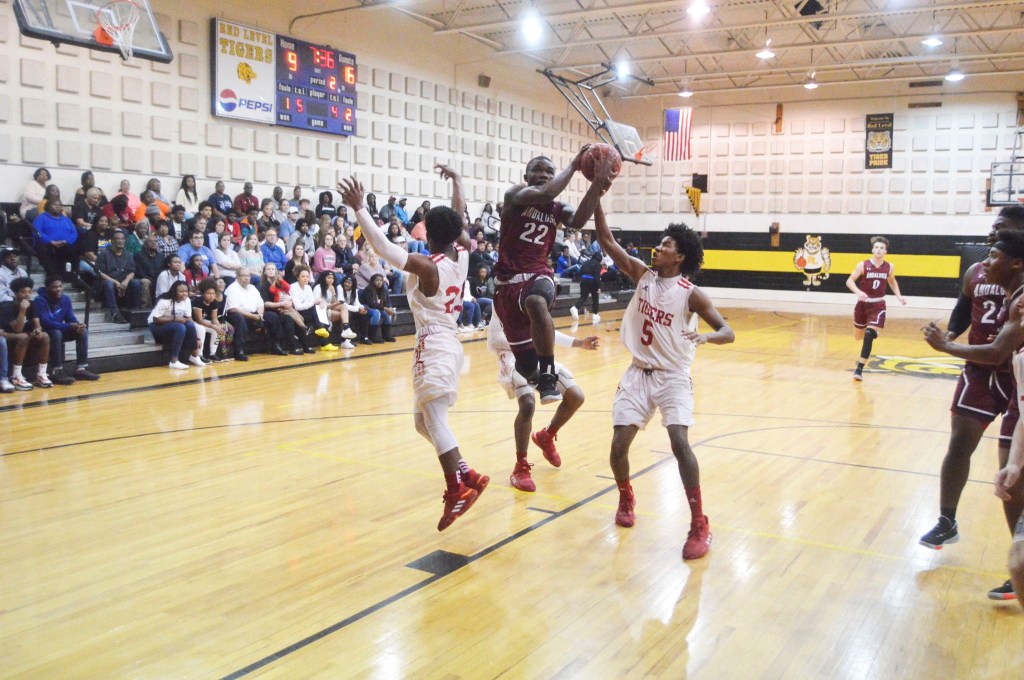 With a week longer to prepare, the Andalusia High School Bulldog varsity basketball team is ready to take on a new classification and region.

“Starting earlier gives us an opportunity to have eight or ten practices like most teams have to get prepared,” AHS head coach Brad Goldman said. “We have a chance to go a little slower than we usually do and work on a lot of fundamental stuff instead of rushing to polish up everything before we start playing games. Now we get to get back in the flow of playing basketball.”

One thing that Goldman has been telling his players is to try and be hungry.

“None of us on this team have really accomplished anything from a basketball standpoint,” Goldman said. “We just have to be hungry and realize that you’re not going to get to where your goals are if you are not striving for that. If it is not on your mind all the time and if it isn’t driving you to get there then you aren’t going to reach it. You have to be almost obsessed with it to reach that goal. That is kind of what we are harping on right now.”

With the new classification, Goldman said it is going to be a tough year.

“With that being said, we have been in a tough area in 4A and it doesn’t get any easier,” Goldman said. “We have Charles Henderson and Greenville, both schools made it to regionals last year and are very talented squads year in and year out. It is going to be a challenge, but it is something that we look forward to.”

Though the team lost six seniors last year, Goldman said there are still guys on the squad that have stepped up and are ready to lead.

“We had six players last year that were good players and good kids and we are going to miss them a lot,” Goldman said. “But we have a lot of kids coming back that have a lot of experience, as well. I expect big things out of Mike Hourel and Omare Lattimer. They are only juniors, but it seems like they are seniors because it seems like they have been playing varsity for three years. We have several seniors, as well, including Jake Wilson, Isaiah Brundidge and Brian McCorvey. I expect them to take up that leadership role, do things the right way and push the team in the right direction.”

Goldman said this year he is looking forward to coaching this group of kids.

“Any coach, including me, loves taking a team at the beginning of the year and trying to mold them and see them grow,” Goldman said. “I just look forward to seeing this group of young men be full of potential on the court, as well as in their lives. We are trying to build them up and get them to do things the right way and I just love seeing young men grow and mature on and off the court.”

Andalusia takes on the Florala High School Wildcats in their first game on December 3, at home.