REMEMBER WHEN: The McArtan Opera House 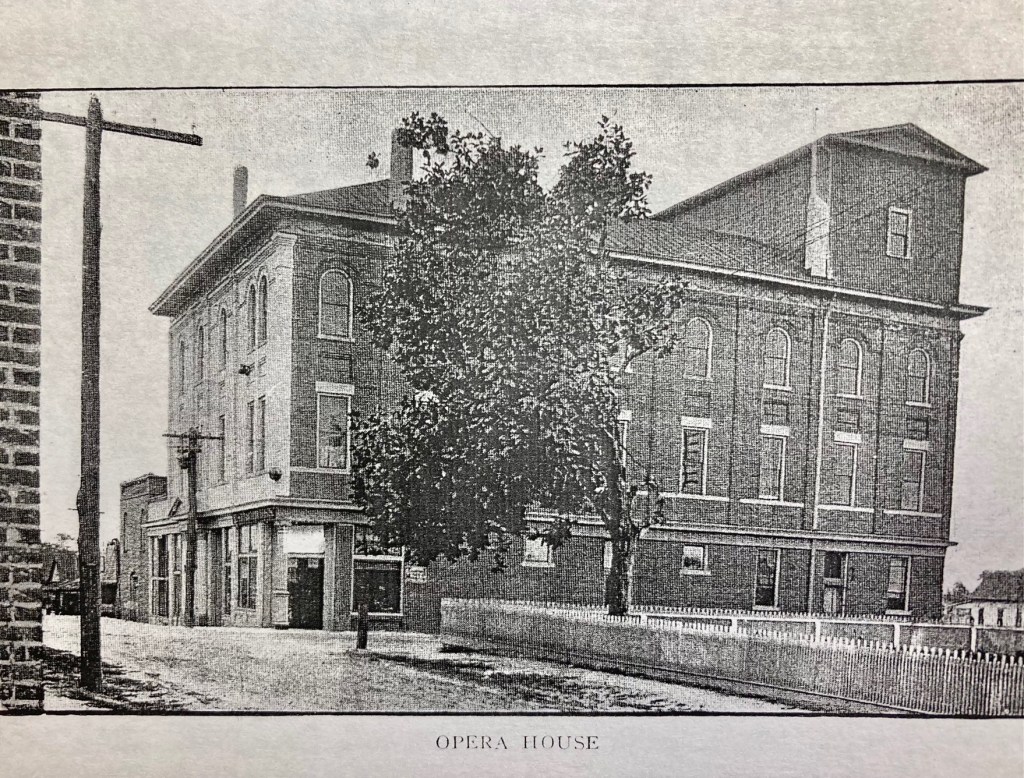 Much excitement abounds the downtown recently since historic preservation is in full  swing. Older buildings are being gutted for restoration and plans are underway to create living space in the form of “loft” apartments.

This story will feature the McArtan Building on the corner of South Three Notch and Pear Streets. At the

turn-of-the-century after the railroad line was extended into Andalusia from Searight, building materials and mules were shipped in by the carloads and construction of new homes and downtown buildings was underway.

Two Scottish Presbyterian partners who came to town decided to build an “opera house” for the townspeople to be able to enjoy entertainment. D. A. McArtan and D. A. McRainey both shared the first name, Duncan, and the same initials. Partners in the turpentine trade, they had moved from North Carolina to South Carolina and from there to Georgia, Florida, and finally to Andalusia around 1899.

These businessmen were organizers of one of Andalusia’s first banks, the Andalusia Bank and Trust. McArtan served as president and McRainey as vice-president. Later the bank merged with the Bank of Andalusia.

Built in 1904, the three-story building housed not only an auditorium and stage but also business offices in and around the two streets. The grand entrance was prominent, and it opened onto Pear Street.

The first motion picture business (silent movies) was operated here around 1910 by pioneer businessman Z. D. Studstill. Many civic events were held in the new opera house which was referred to by most citizens as the McArtan Building.

Some of the town doctors occupied spaces in the building including Dr. Henry Smith, dentist; Dr. H. S. Stallings, physician and surgeon; and Dr. Eugene Smith, specialist of the eye, ear, nose, and throat.

The Andalusia Times, May 23, 1906 edition reported, “An observant ‘Knight of the Grip’ whose line of business calls him to different towns and cities, recently remarked after a critical survey of the structure that Andalusia had one of the handsomest opera houses in the state.”

On September 26, 1906 The Andalusia Times advertised an upcoming event at the McArtan Opera House – “Florence Davis, the leading figure of Monday night’s entertainment, is a niece of Jefferson Davis, president of the Confederacy.”

On October 3, 1906, “Violette was pronounced by a great many who attended as being splendid. There was a full house and a great many out of town visitors.”

An October 24, 1906 announcement read, “W. N. Brawner, the popular grocery merchant, now occupies quarters in the opera house. His goods are fresh and his delivery service prompt. Call or phone for anything you need in the grocery line.”

“The moon will shine bright and by Andalusia’s electric light, you can see two interesting plays billed at the opera house next week on Monday and Tuesday nights, “Two Old Cronies” and “Sweet Sixteen.”

December 18, 1907 – “Bob Jones, the celebrated evangelist, is coming to Andalusia in March under the auspices of the Methodist Church. Negotiations are underway for the use of the opera house since it is believed that the church will be unable to accommodate the crowds who will desire to hear this noted gentleman.”

“The University of Alabama Glee Club comes to the Andalusia Opera House Thursday evening, January 2, 1908. This entertainment will be under the auspices of the Baptist ladies and will be largely attended.”

“Don’t forget the entertainment to be given at the Andalusia Opera House next week by 32 children under the auspices of the Presbyterian Ladies’ Aid Society.”

May 18, 1915 – “The commencement exercises of the Andalusia city schools began last night with the presentation of ‘Cupid at Vassar’ by the high school pupils at the Opera House. The exercises will resume when the commencement sermon will be delivered in the new school auditorium at 11 o’clock, May 23. The following young people have taken the full four-year high school course and will receive their diplomas: Misses Corrine Bonner, Lula Boyette, Corrine Cawthon, Daisy Cottle, Lucile Haygood, Celia Jones, Louise McLendon, Will Randolph, and Ped Ray.”

April 13, 1917 – “NO GLOOM IN ANDALUSIA – Andalusia, The City of Big Fires – The Tuscaloosa News says, Associated Press dispatches today tell of another big fire at Andalusia. This time it is the magnificent new opera house costing $36,000. and many stores. A few weeks ago, it was the three-story Masonic Temple, law offices, and the city’s big picture theatre. Previous to that, it was the big plant of the Sessoms Wholesale Grocery Co. bringing a loss of $75,000. A few months before that, it was the great plant of the Southern Cotton Oil Co. Our sympathies go out to Andalusia – sorely tried by fires, cyclones, and floods.”

April 10, 1917 – “Monday morning at an early hour, the alarm was given that fire was discovered in the room in the McArtan block occupied by the Andalusia Standard and the Searcy Meat Market. Before the volunteer fire could get themselves organized, the fire had spread and the whole block was in flames. The Auditorium, the Light and Power Co.’s offices, the Standard office, Southern Express Co.’s office, Chero-Cola Bottling Co.’ plant, Johnson’s garage, Andalusia’s Business College, Chewning’s Tin Shop, Leo’s Laundry, Searcy Meat Market were completely destroyed.”

“Damage was also done to both the Ray Hotel and the Dixie Hotel. Mr. McArtan was the largest loser with his loss probably $30,000.”

A short time later, a military crew during World War I came into town demonstrating tanks. The burned building was knocked down with a crowd of on-lookers.

The McArtan Building was eventually re-built, this time with a two-story version that still exists today. Many citizens remember Dr. Parker and Dr. Ray occupying a downstairs and an upstairs office. The City Drug Store

was located on the corner and was a popular gathering spot for teenagers during the 1960s. Cherry cokes were the favorites among the after-school crowd that flocked in for refreshment and to browse through the “movie star” magazines and comic books.

The McArtan family sold this property in the 1980s to John Tisdale who rented office spaces for a few years. The City of Andalusia (Mayor Earl Johnson administration) purchased this property in 2020. There are now plans by  developer Andy Gibson to build “loft” apartments in the McArtan Building. A landscaped parking lot is being readied on the site of the Brooks Hardware block for convenient parking which will soon be available for this project and other nearby projects.

Thanks to the late Lucy Doyle Brady, a McArtan granddaughter, and the late Joe Wingard as sources for some of this information. As we Remember When the history of downtown Andalusia one hundred years ago is relevant today. 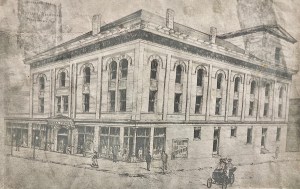