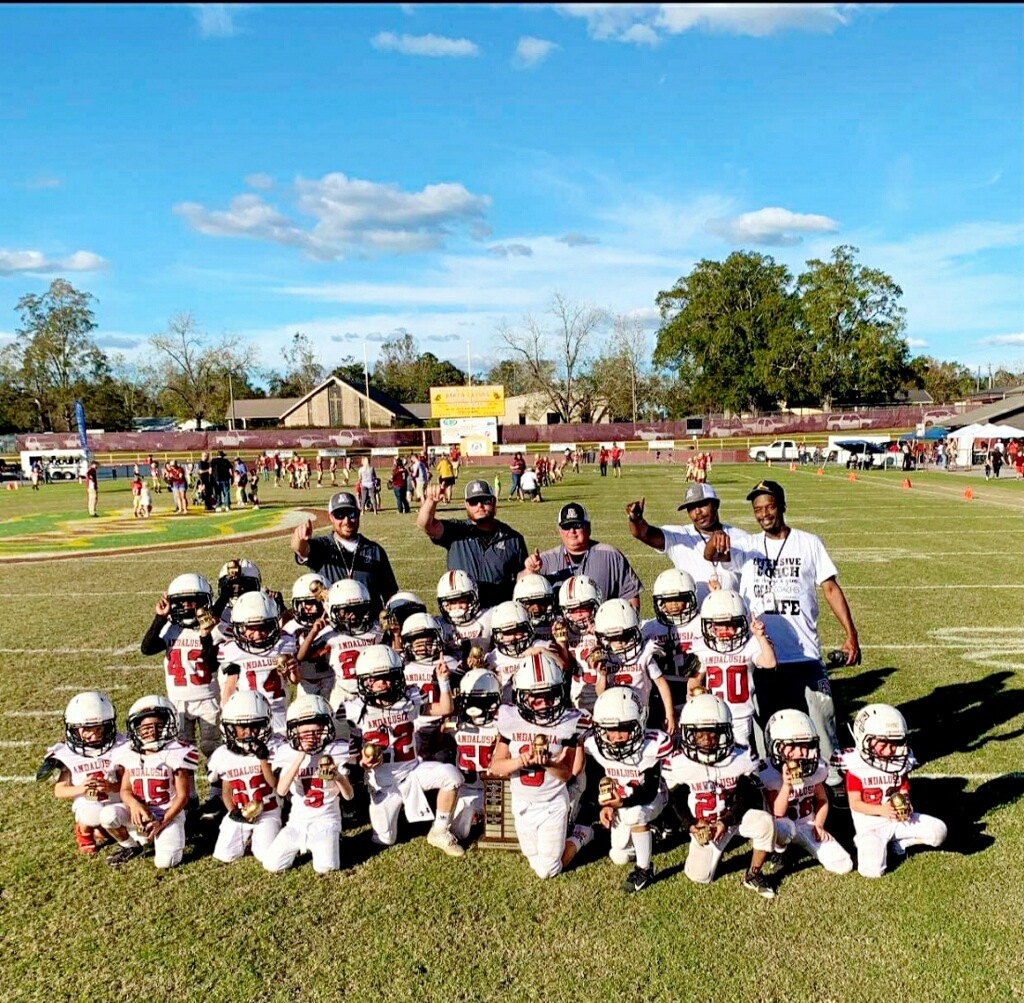 After an undefeated season, the Andalusia Freshman earned a shutout this weekend to take away the championship 14-0.

“It was truly a blessing to coach these boys this year,” Head coach Andrew Adkison said. “I really look forward to doing it next year, as well.”

After the victory, Adkison said the players had nothing but smiles on their faces.

“The boys were pumped up and dancing,” Adkison said. “There were nothing but smiles.”

On their way to the championship game, the Freshman Bulldogs only allowed six points the entire season.

“The defense really showed out this year,” Adkison said. “The boys will tell you, ‘They cannot win if they cannot score.”

Below is a full roster of the team: 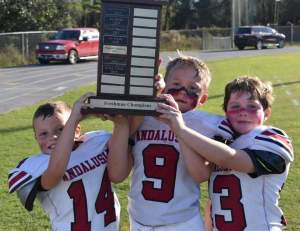