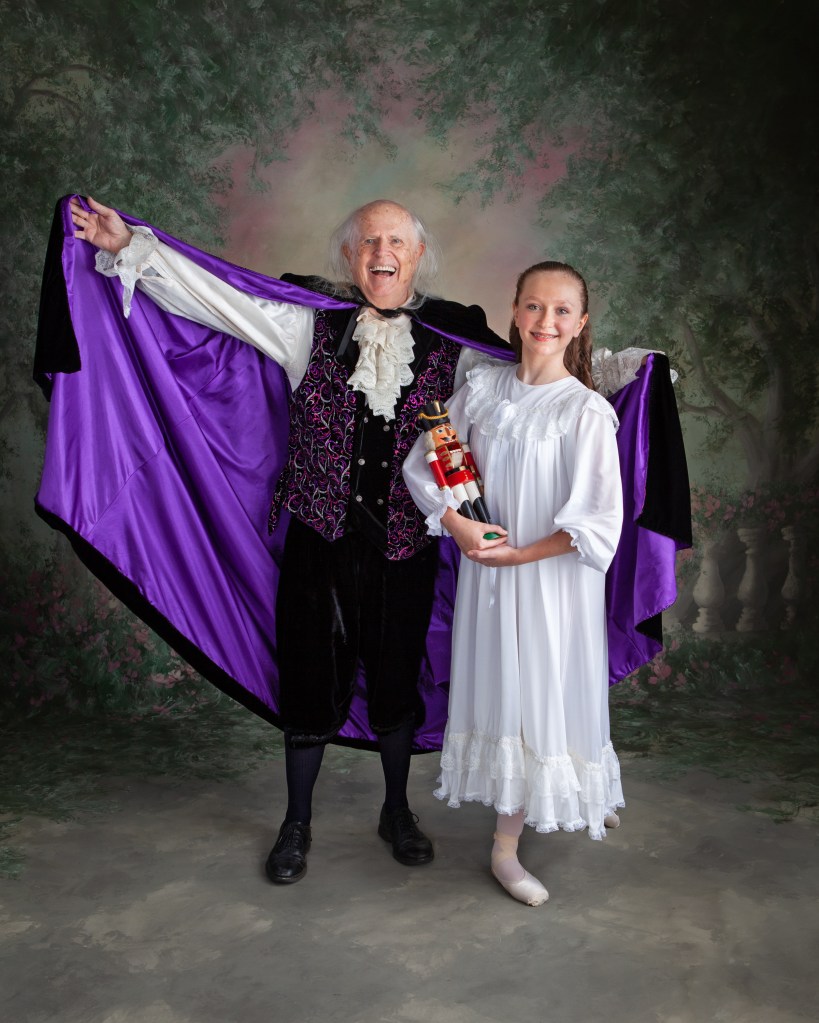 Andalusia Ballet is thrilled to be able to present Nutcracker Act II: Kingdom of the Sweets on  December 11, 12, and 13, at the LBW Dixon Center for the Performing Arts.

This year’s live performance of the Nutcracker is sure to delight and engage audiences. Herr Drosselmeyer, played by audience perennial favorite Eric Lidh, will enjoy an expanded role of narrator and performer in the Nutcracker this year.

Clara will be performed by Brewton native Logan  Pettis.

Logan, daughter of John and Kim Pettis, began dancing at a young age at Andalusia  Ballet’s outreach program at the Brewton Area YMCA.

In recent years, Logan has been traveling to Andalusia two-three times per week to train at the Ballet’s Church Street location.

Andalusia Ballet is graduating three seniors this year. Straughn Senior Emma Henley, daughter of Jason and Suzanne Henley, will be performing the role of the Dew Drop  Fairy.

Seniors Paige Landreneau of Laurel Hill, Florida and Sarah Beth Wriston of Enterprise are both homeschooled. Paige, daughter of Buzz and Kristina Landreneau, will be performing as the Snow Queen. Sarah Beth, daughter of Nathan and Julie Wriston, will be dancing the role of the Sugar Plum Fairy.

Andalusia Ballet will be bringing in talented guest artists to play select roles.

Wyatt Mier, Northwest Florida Ballet Company member, will be performing the role of the Prince; Jonathan Carter, Ballet Arkansas Company dancer, will be portraying the Snow King and the Spanish Gentleman, and Joshua Velazquez, independent artist from Kansas City, will be dancing the roles of Arabian and Russian Gentlemen.

José Soares who has been a frequent guest artist and is currently on faculty at Andalusia Ballet will be performing as the Sugar Plum Fairy’s Cavalier.

Tickets for Andalusia Ballet’s Nutcracker Act II: Kingdom of the Sweets are currently on sale at  Andalusia Ballet, Christopher’s Diamonds & Fine Jewelry, Harold’s Home, and online at  andalusiaballet.com. All tickets are $15 and general admission. Tickets are limited and theater seating will be socially distanced. All tickets will be pre-sold; no tickets will be available at the performances.