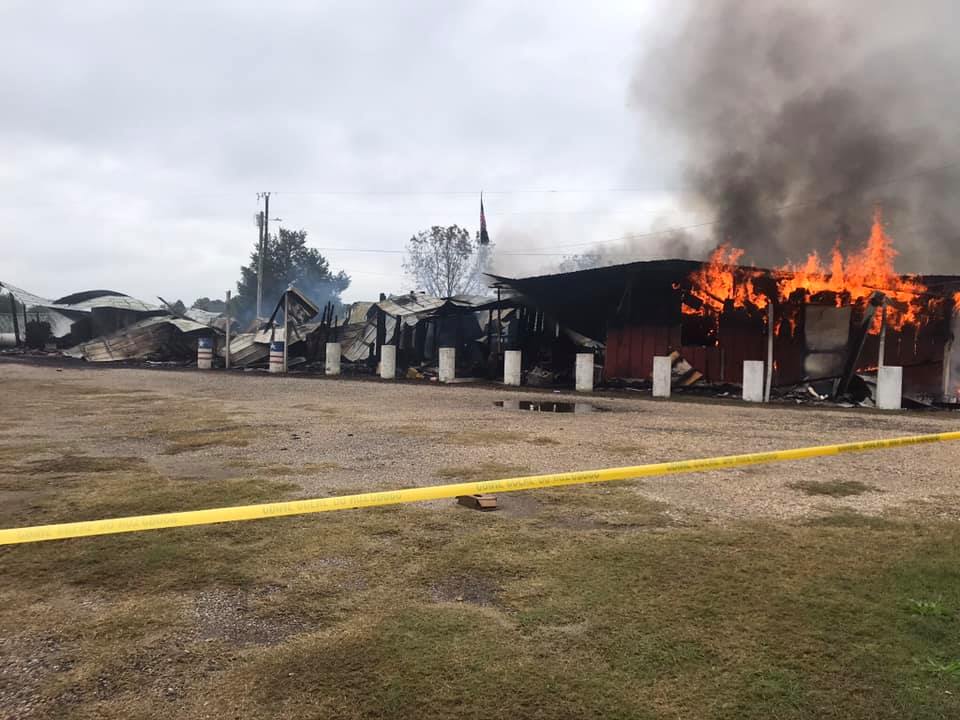 Last week, members of the Red Level VFW 4388 woke up with their post demolished by flames, but according to Commander Tom Stephens, Quarter Master Thor Zamjahn and Auxiliary President Michele Skeen, they won’t stop serving veterans during this time.

“It was just a feeling of devastation,” ZamJahn said. “Just because there was nothing that I could do. It was already over with. That building is so old, so I knew by the time that I got to it, it would be burnt to the ground.”

So far, there is still no cause of the fire, but ZamJahn said no foul play is suspected.

“When we knew it had happened we just had to go through the chain of command to the State VFW,” Zamjahn said. “As well as reaching out to insurance people.”

According to how much insurance the group gets back, Zamjahn hopes to rebuild a more practical building.

“It honestly depends on how much insurance we get and what kind of support we get from the community,” Zamjahn said. “Our biggest deal is that we want to make a building that does not over exceed our means. I need a practical canteen, a practical kitchen and a practical meeting hall. I just need the canteen to be more efficiently built and more practical than the way it was. We just need to come up with a great floor plan.”

Everything inside the building was lost, as well, including memorabilia and priceless pictures.

“It is a total loss,” Zamjahn said. “All of our machines, equipment, monies, memorabilia that we will never get back that has no monetary value.”

Zamjahn said a lot of the veterans that frequent the VFW are upset because of the lost memorabilia.

Though the building is lost, the group said they will not stop their efforts to help veterans.

“We have a relief fund, but we are trying not to use it because we still have to help veterans,” Zamjahn said. “Our job has not stopped. For instance, we just gave fruit to the nursing home here that we purchased from the school. I still have to do the scholarship program, so I can’t deplete our relief funding. So, any fund raising that we do now, will go straight to the building.”

The group said they hope the VFW has made an impression on the community and have been grateful for the outpouring of support that has been made already.

“I hope and pray that the hard work that we have put in for the last three years has made an impression on the community,” Zamjahn said. “I don’t want to say it is a vital part, but it is to some of the older members and guests that we have come in.”

“We want to thank everybody for their thoughts and their prayers,” Stephens said. “We are still doing our best serve our veterans and our community.”

The VFW has a GoFundMe set up for donations under “VFW burnt down.”

On Saturday, Charley’s Place in Opp will be taking $5 donations over the next two weekends in support of the VFW.

If anyone wants to reach out to the VFW for donations, email president@vfw4388.org or visit their website at vfw4388.org.

Ensemble hopes to inspire positivity in this year’s show