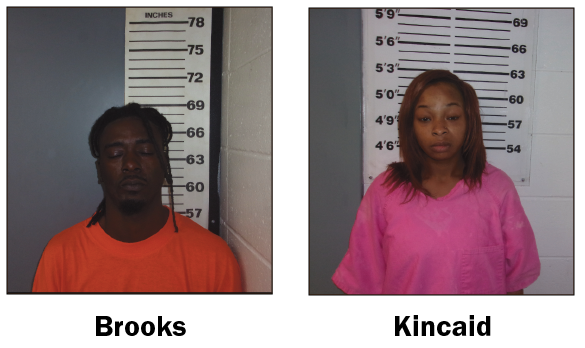 The 22nd Judicial Drug Task Force has made an arrest in an ongoing investigation and now two are behind bars for a significant amount of methamphetamine, synthetic controlled substances and firearms.

According to Drug Task Force agent Ken Harris, at 5:53 p.m., on Tuesday, a search warrant was issued for an undisclosed address. While executing the search warrant, Harris said they found a large amount of methamphetamine, synthetic controlled substances and five firearms with two of them being stolen firearms.

Lenny Brooks, 29, and Brianna Kincaid, 25, were both charged with two counts of trafficking, possession of marijuana second and possession of drug paraphernalia and are being held at the Covington County Jail on a $510,500 bond.