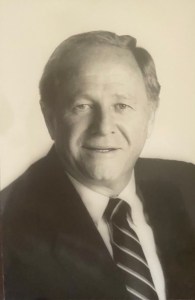 Dr. Charles Fredrick Winkler left this Earth on November 30, 2020 in Andalusia, AL. He was born in Greenville, AL on July 22, 1935 and was the third child of Edward Henry and Louise Thaggard Winkler.

Fred graduated Greenville High School in 1953 and enlisted in the United States Army.  After being honorably discharged from the Army, he continued his education at the University of Alabama where he earned a Bachelor of Science degree in Biology.

While attending Alabama, Fred met the love of his life, Mary Jane McHale Winkler. The two then embarked on a journey with no end. After the birth of their first child, Julie Winkler Kane, they moved to St. Petersburg, FL where Fred began teaching biology at Boca Ciega High School. During this five-year span Fred and Mary Jane welcomed their second and third child, Linda Winkler Pope and Mary Winkler Morton.

After five years as a high school teacher, Fred began his never-ending endeavor to learn by moving to Auburn, AL to complete his Master of Science, Zoology at Auburn University. After graduating from Auburn with an MS in hand Fred had an opportunity to begin teaching at a newly funded college in Andalusia, AL, Lurleen B. Wallace College (LBW).

This was the perfect opportunity for Fred and Mary Jane to settle down. Fred was in close proximity to Greeneville, his hometown, the panhandle of Florida, where he vacationed as a child, and most of all, the chance to explore his favorite place, the Conecuh National Forest. Fred quickly became enthralled with Andalusia and all the wonderful people that made the town.

As a teenager Fred visited the area as an acolyte with the Greenville Episcopal Church, so the small south Alabama town was all too familiar to him.  After several years in Andalusia came the arrival of two more daughters, Deana McHale Winkler and Meredith Winkler McDanal. Again, further enhancing his education, Fred started the doctoral program at the University of Alabama and completed his PhD in Higher Administration with honors. Fred’s passion for learning was shared by many students who attended the LBW campuses in Andalusia and Greenville.  Fred was truly passionate about sharing his knowledge with those around him. As chairman of the Math and Science department at LBW, Fred was able to explore and teach about the local natural beauties the South has to offer. Some of the most memorable were hikes through the Conecuh National Forest where he mapped all the trails, caught snakes, explored for fossil relics, and tracked endangered plants and animals.

As most of his students know he loved canoeing, so many of you were lucky or brave enough to have traveled the rivers of south Alabama with him on his legendary canoe trips.   Fred was also a Cub Scout Leader to many of the local men of Andalusia and beyond.  In a household surrounded by women this gave him the chance to be a leader to young boys in the area.

One of the many awards bestowed to Fred was the President’s Award from the Alabama Wildlife Federation. Beyond LBW, Fred was also a 50-year member of the Lion’s Club where he earned Lion of the Year on multiple occasions. His passion was selling broomsticks and giving eyeglasses to those in need. After thirty plus years at LBW, Fred retired to continue to other endeavors to enhance Andalusia. As a two-term city councilman he helped the city develop a new Andalusia Elementary School and the industrial park. Fred was asked and obliged to be President of a hiking club to continue the Appalachian Trail from Maine to Georgia to which he hiked. His passion for nature was further exemplified by his instrumental role in legislation to ban the commercial poaching of turtles in Alabama.  During Fred’s retirement years he took his wife in hand and travelled to most of the European countries. For over a decade Fred and Mary Jane visited Germany multiple times, since he was stationed in the Army there, spoke fluent German, and is of German descent. They also visited places like Israel, Jordan, Russia, and Ukraine, along with traveling to forty- eight states within the United States. Fred and Mary Jane had many adventures in their retirement years.

Living in Andalusia, Fred was blessed to raise five daughters with his wife in a town he cherished and loved so much.  Fred is preceded in death by his parents, his brothers, Edward and Leon, and his sister Louise Winkler Whiddon.  He is survived by the love of his life, Mary Jane, wife of fifty-eight years; five daughters, Julie Kane (Tim), Linda Pope (Max), Mary Morton, Deana Winkler, and Meredith McDanal (Jeff); ten grandchildren; and, several nieces and nephews.

Fred, a true Southern gentleman, lived a long, faithful, and happy life. Fred was loved by many and this love kept his vigor for life here on Earth. Thank you to all who have touched his life in so many ways during his 85 years of zest.  The family would also like to thank Southern Comfort and Comfort Hospice and the wonderful friends who were so very supportive during this time.

Son of the late Ruben and Oparee Goodson, Harold was born in Opp, Alabama on September 28, 1949. He was a hardworking farmer and factory worker for all his working life. He was most importantly a loving father, brother, and Paw Paw. After retiring, he loved sitting on his front porch as well as hopping in his old truck to go check on his nearby friends. He also loved boiling peanuts and bringing bags full to his grandchildren who loved them so much.

He is survived by his daughters Amanda Nyberg (Nick) and Miranda Hadden (Calvin), sister Wilene Goodson Corbin, five grandchildren, Tyler, Bronner, Lyra, Anna, and Emily, former spouse Shelia Goodson, and many other family members. He was predeceased by his brother Billy Goodson.

Ms. Tamalyn Ava Portemont, age 59 of Andalusia, passed away on Thursday November 26th, 2020 at her residence.

Funeral services for Ms. Portemont will be held at 11AM Monday, November 30th, 2020 at St. Mary’s Episcopal Church with Reverend Cindy Howard officiating. Interment will follow in Andalusia Memorial Cemetery. Visitation will be from 5:30-8 PM on Sunday November 29th, 2020 at Foreman Funeral Home and 30 min prior to services on Monday at the church.

Family and friends unable to attend are invited to sign an online registry at www.foremanfuneralhome.com.

Funeral services will be held at 2 p.m., Wednesday, December 2, 2020, at Keahey Chapel. The family will receive friends at the funeral home one hour prior to services. Rev. Ed Ganus will officiate. Interment will follow in Stone Lake Gardens with military honors. Jerry Merrill, Dennis Sellers, James Adams, Jeremy Weeks, and Chuck Messick will serve as pallbearers.

sister, Sheila Bush (Jimmy) of Opp;  He was preceded in death by his son, Jerry Morgan.

Mr. Morgan enjoyed gardens and was an avid antique car collector, some of his prize pieces was a 1937 Ford, 1940 Ford, 1942 Ford, 1953 Victoria Crestline, 1975 Volkswagen. He was greatly loved and will be truly missed.

He was a graduate of Andalusia High School and Troy University.  He is survived by his wife Camie Ward.  He was the only child of Cody D. Ward and Shelia A. Ward.  He is also survived by many Uncles, Aunts and Cousins.  He entered into rest on October 26th at his home in Ocala, FL then laid to rest on November 4, in Memorial Gardens Ocala, FL. 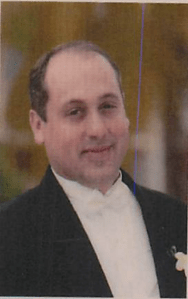