WILDCATS TAKE DOWN ANDY: Florala travels to Andalusia to get the ‘W’ Thursday night 58-49 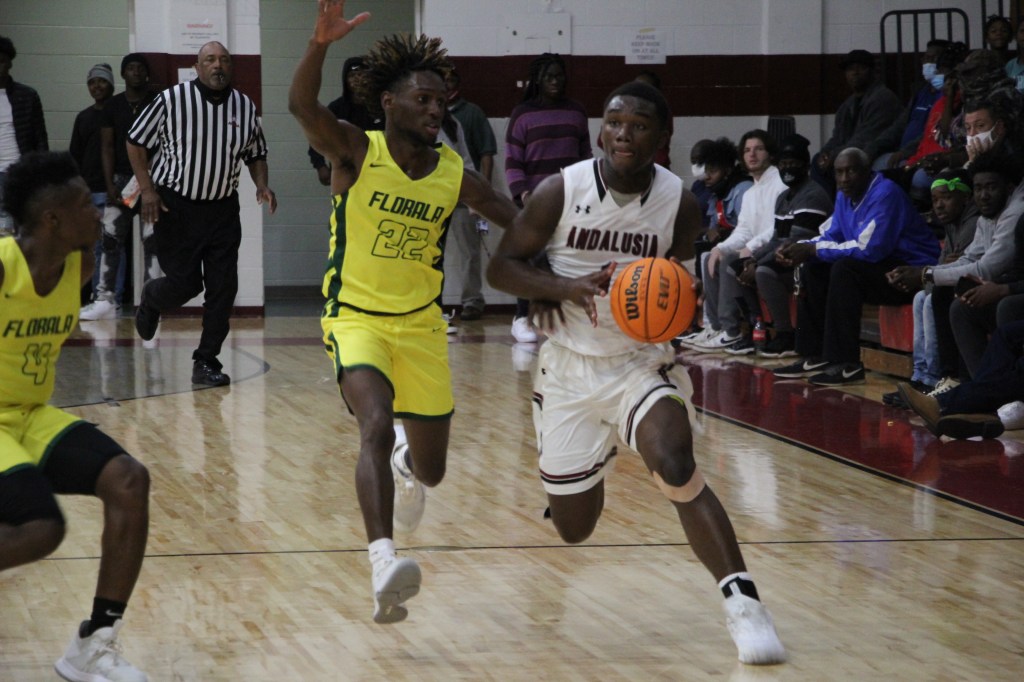 The Florala High School Wildcats (4-1) took down the 5A Andalusia High School Bulldogs (1-1) on Thursday night 58-49.

“I thought we played pretty well throughout the whole game,” FHS head coach Troy Turman said. “We had some mistakes in key spots and we couldn’t really hit many shots in the first half. The shots started coming in the second half though. I think we did a good job on our free-throw shooting. We made enough and we took care of the ball. We had a few sloppy moments, but overall, Andalusia is a really good 5A school and they play really physical.”

Playing tough against big schools is one thing Turman said he is pleased about this season.

“We need to match that toughness and physicality on the rebounding,” Turman said. “I thought we had some good moments and made some good strides with those things tonight.”

Next up on the schedule for Florala is 4A Geneva High School on Friday night.

“They are another good 4A school that is going to be tough,” Turman said. “We just hope to bounce back and play hard.”

Rashaad Coleman led the scoring effort for the Wildcats with 26 points and eight rebounds.

Mehki James came in second with 19 points and eight rebounds.