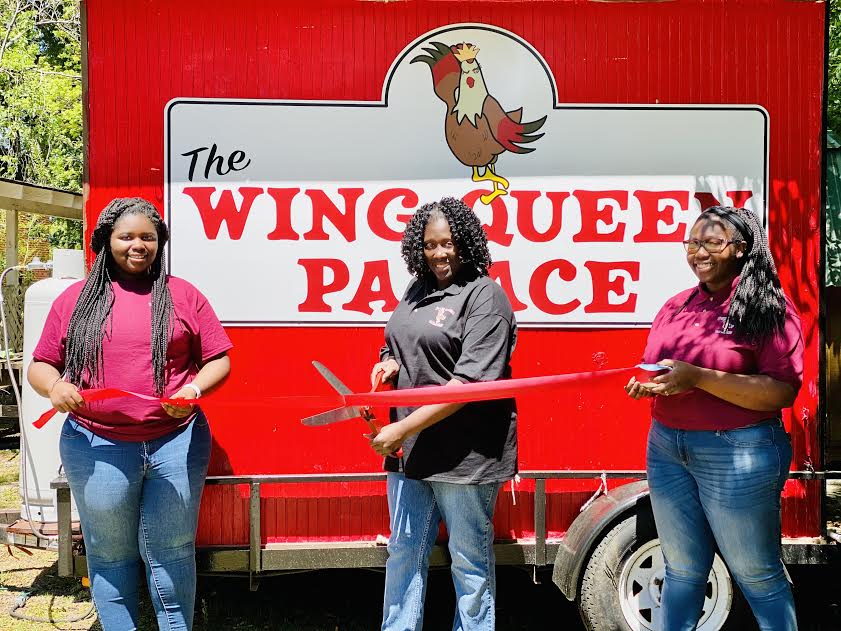 After months of preparation, Red Level native Laura Oliver is set to open her fried chicken food truck and commissary kitchen this weekend.

Oliver had to sit down with Stacey Williams with the Covington County Health Department to see exactly what she would need to open her food truck.

“He was telling me that I had to have a commissary and I told him that it was almost impossible to find someone with one,” Oliver said. “So, I asked him if I could build one and he told me that he has never had anyone ask him that. Then he told me what I had to do and gave me a packet.”

After following the packet, Oliver is ready to open the Wing Queen’s Palace.

“Sometimes I had to go back and call the plumber and electrician, but I finally got everything done,” Oliver said. “There was no problem at all with the trailer, it was just having a commissary.”

Oliver has been in management for several years and found her calling after working at the old Corner Market frying chicken.

“When the Corner Market first opened up its buffet, I was the one frying the chicken,” Oliver said. “Before then, I used to make wings at home. It’s just something I have always wanted to do. One day I did do some wings for the deli and they sold so quickly. I had people coming up there wanting to buy 200 wings. So, I was like, ‘Ok, this could be something great.’ I have had it in mind ever since.”

For five or six years, Oliver has toyed with the idea, but now that the weekend is close, she said she is excited to finally be able to serve the community.

“At this point in time, I have people waiting on me,” Oliver said. “I am ready for people to enjoy my wings.”

The Wings Queen Palace will offer a variety of wings, loaded fries, regular fries, fried pickles and mozzarella sticks. She will also offer different specials during the week.

Right now, the hours may vary, but this weekend, The Wings Queen Palace will be open Saturday and Sunday from 10:30 a.m., until 6 p.m. They are located at 214 Church Street in Andalusia.