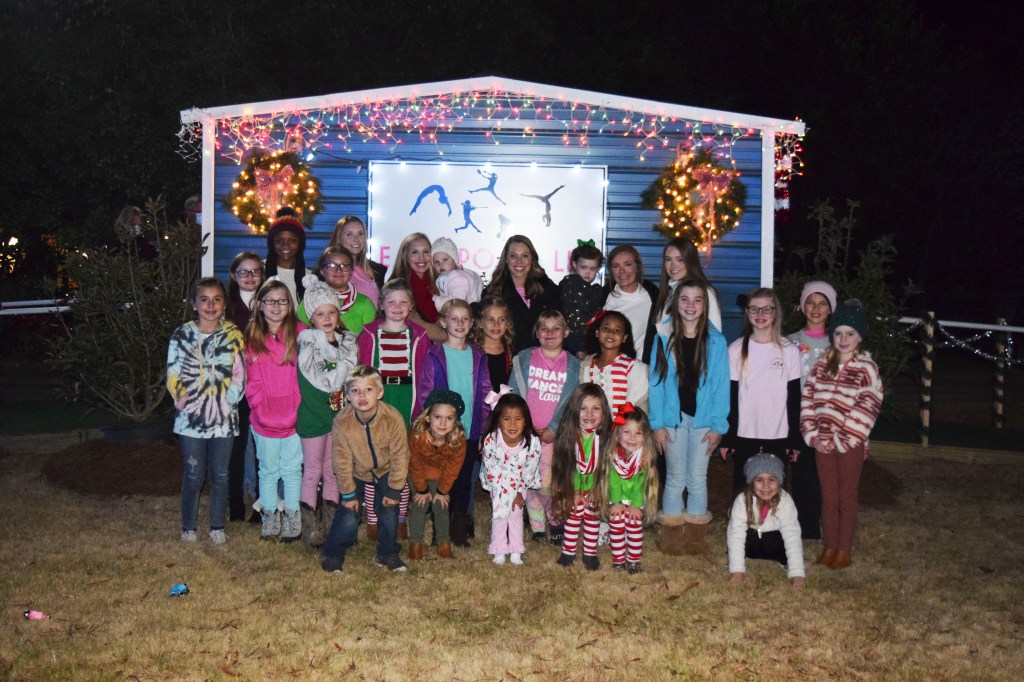 When E&E Sports director Erin Roland noticed two of her students’ sisters were in wheelchairs, she knew that she had to come up with a way to give back to not only the sisters, but also the entire community.

Her idea came to fruition by raising money to build a handicap accessible Candyland Cottage.

“I always want to give back to my community,” Roland said. “This is the third year that we have done something for our community. I knew we needed something for everybody.”

After some thinking and planning, E&E Sports had a beauty pageant in February to raise money for the cottage.

“It was just for our girls in our building,” Roland said. “We had a tremendous turnout. We raised a lot of money just with that.”

During the pageant, Roland decided to do a “viewer’s choice award,” where all of the money donated through that one specific award was given to the two families that have children in wheelchairs.

“There was $1,000 raised just through that one award,” Roland said. “Both families got a portion of that. I was really doing this for them. I mean, they come in here and they watch classes and they can’t really do anything. It breaks my heart. So, I knew that I had to do something for them.”

The group ended up raising enough money to buy a cottage, which was built by Wright Manufacturing Company.

Once the building was finished and kids were playing inside, Roland said that it was a rewarding feeling.

“I feel like it was very hard to get it done,” Roland said. “But nothing you do that makes it that worth it comes easy. So, yes, it was hard getting it put together, but the outcome of seeing the kids running in there and playing the thought of a handicapped kid playing in there warms my heart and I’m sure it warms the parents’ hearts; just to know that the city of Andalusia cares about every kid.”

Roland said that the community really came together to make this a reality.

“There were private donors, Carolina Millworks, the Wright Brothers, my husband and so many people that made this cottage,” Roland said. “Chrissie Duffy was a big help. She’s the one that approved the house and talked to the city council about it on our behalf. I feel like she deserves some credit for everything she does. She does so much in Andalusia. She even helped drill shelves when I didn’t have anybody to drill. I called her and asked if she could help and she said, ‘Yes, I have a drill in my purse!’”

Now that the building is sitting on Springdale on Ice, Roland said it is all a God thing.

“God works in mysterious ways,” Roland said. “And if it through this business that I can help people then that is why I am here. God definitely had his hand in everything and I was just the puppet. I am just overjoyed that this was able to happen.”

The E&E Sports Cottage is filled with music, Velcro, and different boards to entertain all types of handicapped children.

“We put a lot of hard work into making sure that it had everything that would be entertaining,” Roland said. “We put a bunch of Legos so they could touch them. We put a lot of thought into this playhouse and the reward was so worth it.”