ACS nurses encourage others to get vaccinated 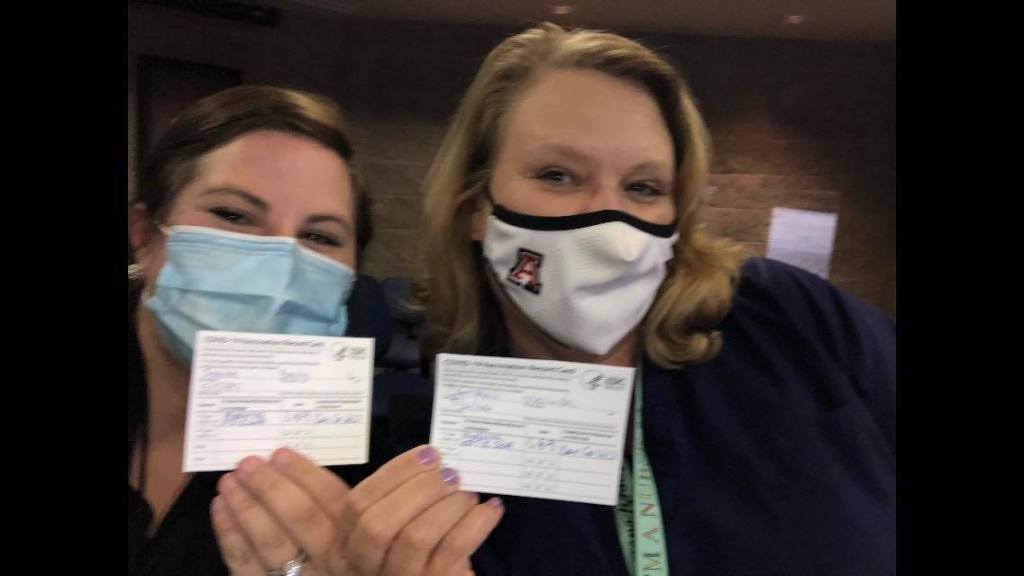 Both nurses said they encourage everyone to take the vaccine.

“I knew that I wanted to take this vaccine so I could protect the people that I love, the students I see daily and the community,” Carrasco said.

Initially, Carrasco said she was skeptical of the vaccine.

Many around the community have expressed that since the vaccine was done so fast, it isn’t safe, but Carrasco said she feels confident in the vaccine.

“Even though the vaccine was expedited, they didn’t skip any steps,” Carrasco said. “There were more than 70,000 people in this trial between the two medicines. I feel confident in the science. I mean, there were a lot of funding that went into it, so many companies and minds that worked together with our government. So, I don’t feel like any steps were skipped. I feel like there were a lot of people involved in helping to make this product available in a timely manner.”

For the people that are still on the fence about the vaccine, Carrasco advises them to do all the research they can.

“Do your own research,” Carrasco said. “That is so very important. Don’t listen to rumors, or other people’s opinions. Do your own research and then decide what’s best for you and for your family. The sites that I found helpful were the CDC’s website, the Alabama Department of Public Health’s website and the two medicines’ websites, Moderna and Pfizer.”