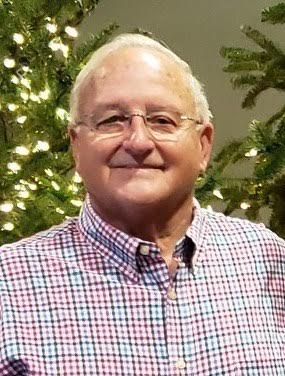 Charles Edward Grantham, 70, of Bessemer, Alabama, passed away Saturday, January 9, 2021. He was born in Andalusia, Alabama on March 15, 1950, and lived there most of his childhood and teen years.

Charles married the former Sandra Mosley of Andalusia on March 9, 1973. They moved to the Birmingham, Alabama area in 2006, at which time they became highly involved members at Homewood Church of Christ. After retirement, Charles worked part-time at the church as building supervisor and enjoyed spending precious moments with the children at the church’s day school.

An Andalusia High School graduate, Charles earned his Associate Degree from the Lurleen B. Wallace Junior College. After serving in the U.S. Army, he enjoyed a long and successful career in broadcast engineering, retiring from Alabama Public Television as Chief Operating Officer.

Charles developed many professional relationships and lasting friendships as a member of the local Rotary Club and several professional engineering associations. In his free time, he was a “Jack of all trades,” and he and his two sons loved to go to drag racing events. Every Spring, they ventured to Gainesville, Florida for the national drag racing competitions.

The family will greet friends from 11 a.m. to 1 p.m. on Thursday, January 14, 2021 at Ridout’s Southern Heritage Funeral Home in Pelham, Alabama, immediately followed by A Service of Remembrance for Charles Grantham at 1 p.m. at the funeral home’s chapel. Also on Thursday, January 14, 2021, family and friends will gather at Alabama National Cemetery, Montevallo for the gravesite committal service at 2:45 p.m.

In lieu of flowers, memorial gifts may be made to The Wounded Warrior Project at www.WoundedWarriorProject.org, or Homewood Church of Christ Day School, www.HomewoodDaySchool.org.