The Covington County Sheriff’s Office has arrested a suspect on multiple counts of child pornography. 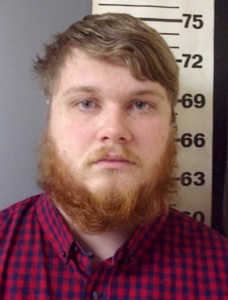 According to Sheriff Blake Turman, an investigation was initiated in November through a collaborative effort with the Internet Crimes Against Children Task Force Program (ICAC), a national network of 61 coordinated task forces representing over 4,500 federal, state and local law enforcement and prosecutorial agencies. In November, CCSO investigator identified Hundley as a person of interest in downloading child pornography after he had moved to this area from Ohio.

“Utilizing investigative techniques, investigators discovered hundreds of explicit images that depict children who were exploited for child pornography,” Sheriff Turman said.  “The images for lack of better terms are heartbreaking. The Covington County Sheriff’s Office utilize many resources to identify suspects involved in this type of crime. The cases are becoming more difficult to put together with the ever-changing digital world, but investigators are diligent in their pursuit.”

Hundley is currently charged with 10 counts of possession of child pornography and was taken into custody without incident. He is currently being held in the Covington County Jail with a $300,000 bond.

“I’m pleased with how the investigation was conducted and its outcome,” Turman said. “This type of investigation will make you question the morality of some people. The mere idea of manufacturing, distributing and/or possessing child pornography is horrific. We are dedicated to identifying and investigating those involved. Mr. Hundley is innocent until proven guilty and the dedicated men and women of the District Attorney’s Office will seek justice through due process.”