REMEMBER WHEN: 1926 Town and Country in Covington 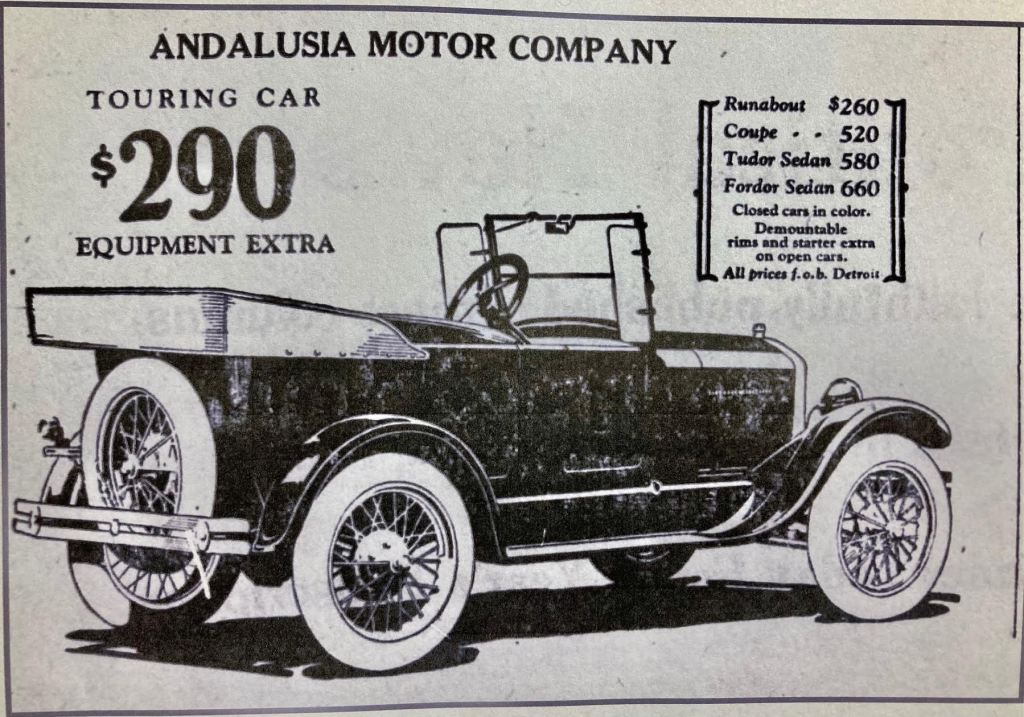 Well, folks, the year 1926 seems like a good year to write about this week. My good friend Irene Davis Butler was born

on January 14, 1926. She just turned 95 years young, and she shared some memories of her early years with me. Born in the house her family had lived in for three months, Irene states that her parents were Doc and Halie Blocker Davis. Her older brother was Chesley B. Davis. Irene lived in that same house until she left home to be married. It is located at what used to be Route 6, later Route 10, and now identified as County Road 70. She still owns the family homestead.

Irene talks mostly about how busy the household was. She helped her mother wash clothes early in the mornings, pick and shell peas from the garden, cook a big lunch to eat by noon each day, hoe and sweep the yard, then had time to sit on the front porch, rock, and wait for a rattle-trap truck to come down the dirt road!

Washing or laundry consisted of boiling the clothes in a black wash pot over a fire, beating them or battling them with a stick, then rinsing them in three tubs that were placed on a bench. Soap was homeade lye soap made from ashes. Then the clothes one garment at a time were squeezed out and hung on the clothes line to dry.

Water was drawn from the well. “We had a good well,” she recalled. “Sometimes, neighbors’ wells went dry, and they would come to our yard to wash. We were never without good cold water.”

“We had a smokehouse and were never without meat. When the hogs were killed, we had bacon, sausage, and ham stored in the lard cans in the summertime. When we ran out, Daddy would kill another hog.”

At our farm table with two benches, Granny sat at the chair at the end of the table. There was a big bench and a little bench. Mama always had either a chocolate cake, a sweet potato pie, or a pecan pie – sometimes all of those.”

“Every Sunday, we walked to Harmony Church which was close by. Preaching was only once a month. Will Sasser preached and chawed tobacco at the same time. I remember vividly his spitting tobacco out through the window near the pulpit. Mother and Aunt Ethel played the pump organ with  shaped-notes music. They taught me to play with that method. I can still see Sasser walking back home with his Bible in his hand. He had a long way to go. I remember the holes in his shoes. You could see his toes! Mother taught Sunday School and every week I would be given a little card with a Bible picture and some scripture on it.”

“Our house was the first home place after the crossroads at Harmony. The church faced the cemetery back in those days. The first school I went to was behind the church grounds. We walked to school even when the dirt was iced. It wasn’t very far to go.”

“People worked hard back then. Even with all of the modern appliances, machines, and conveniences today, we don’t have as much time to sit on the porches like we did in those days. Everyone is too busy.”

I thought it would be interesting to peruse the Andalusia Daily Star of January 1926 to see what was going on in Andalusia about that time.

“ANNOUNCEMENT – I take pleasure in announcing that I am opening up a regular establishment under the firm name of Andalusia Hide and Junk Co. Will buy hides, tallow, beeswax, cow peas, scrap rubber, metals, iron and waste material. Wholesale and Retail. Always in the market for what you have. Your patronage is solicited. Telephone 300. H. R. Jones, Manager.”

“Consumer’s Ice and Cold Storage – We have just received a number of cars of Montevallo Dogwood Coal for grates, residence stoves and ranges. For prompt delivery, phone 83.”

“River Falls Power Co. Turns on Current in Luverne – This company is now serving Andalusia, Red Level, Brantley, Gantt, and Dozier. A certificate has been filed to construct transmission lines from Gantt to Opp and adjacent territory.”

“Blue Bird Bread for Health and Happiness – Made by Andalusia Baking Company.”

“Farm, Hardware, and Implements – Farmers will begin at once preparation for the 1926 crop. Let us supply everything you need in tools, implements, and farm hardware. Save by Buying Here – S. D. Brooks, On the Square”

“ESTRAYS – There are five reddish sandy hogs at my premises. Owner can have same by paying expenses and damages. J. V. Henderson at Henderson’s Haberdashery”

“Through a mistake of one of our patrons, the wrong umbrella was carried home from the Baptist Church last evening. The owner can have same by describing it at the Andalusia Daily Star office and by paying for this ad.”

Last but not least in the January 1926 newspaper was this AP headline and article: “BAMA’S CHAMPION FOOTBALL TEAM IS GIVEN BIG OVATION – Tuscaloosa – Jan. 5 – No conquering heroes were ever received home with greater acclaim than was Alabama’s Champion football eleven today. People from all sections of the state which included persons from every walk in life were here when the Crimson Tide rolled in after a successful jaunt to the coast where it captured the East-West football title in New Year’s Day Rose Bowl. Rain that had fallen all night and was still falling when the team arrived failed to dampen the enthusiasm of the people. The city was gaily decorated with flags and bunting which seemed to make efforts to stand out despite the downpour of rain. Students and alumni of the University were among the first to greet the team. Members of the team, some twenty-two of them, were hoisted on the shoulders and carried boldly through the crowds. The noise was deafening. The team had a specially prepared breakfast where a committee representing Tuscaloosa went to meet the party.”

Even after 95 years as we Remember When, things haven’t changed much in the town or the country of Andalusia. Happy birthday to Irene Davis Butler who “has more friends than Carter’s has little liver pills!” I stole that phrase from “Hee Haw” or maybe it was “The Grand Ole Opry!”