SUSPECTS IN NOVEMBER MURDER IN CUSTODY 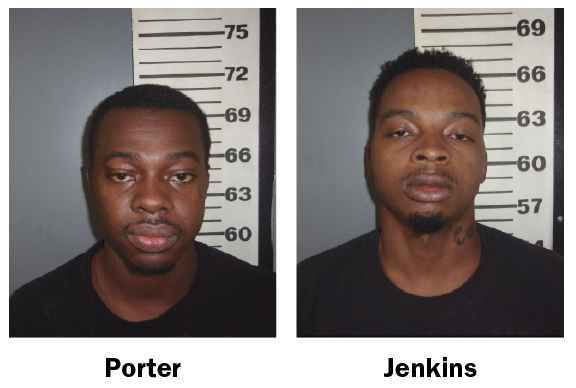 Two men are charged in custody and charged with murder in the November 16th death of an Andalusia man, and two women have been released on bonds of $100,000 each after being charged with hindering their prosecution.

Andalusia Police Chief Paul Hudson said the Andalusia Police Department, assisted by the U.S. Marshal’s Task Force, and the Covington County Drug Task Force went to a residence at 508 Whatley Street at approximately 5:30 a.m. Thursday after receiving information that the two men wanted for murder were possibly hiding there.

Shortly thereafter, Tyquise Jamal Jenkins, 23, and Courtney Lee Porter, 29, were taken into custody. Each is charged with murder and is being held on a $1.15 million bond.

The men are charged in the death of Micah Spenser Coon, 26, who died of a gunshot wound at his George Street residence in November.

Earlier this month, Brittany Head, 22, also was charged with murder. She remains in the Covington County Jail on a $1.15 million bond.

The APD also was assisted at the scene by the Dothan Police Department’s canine unit.

Chief Hudson expressed his appreciation for the help receiving from the other agencies. The murder investigation continues, he said, and additional arrests could be made.

Anyone with further information about the case is asked to contact the Andalusia Police Department Criminal Investigation Division at 334-222-1155, or CrimeStoppers at 334-215-STOP (7867). 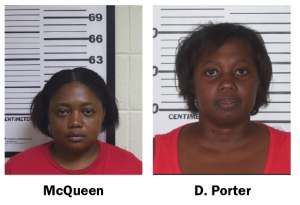