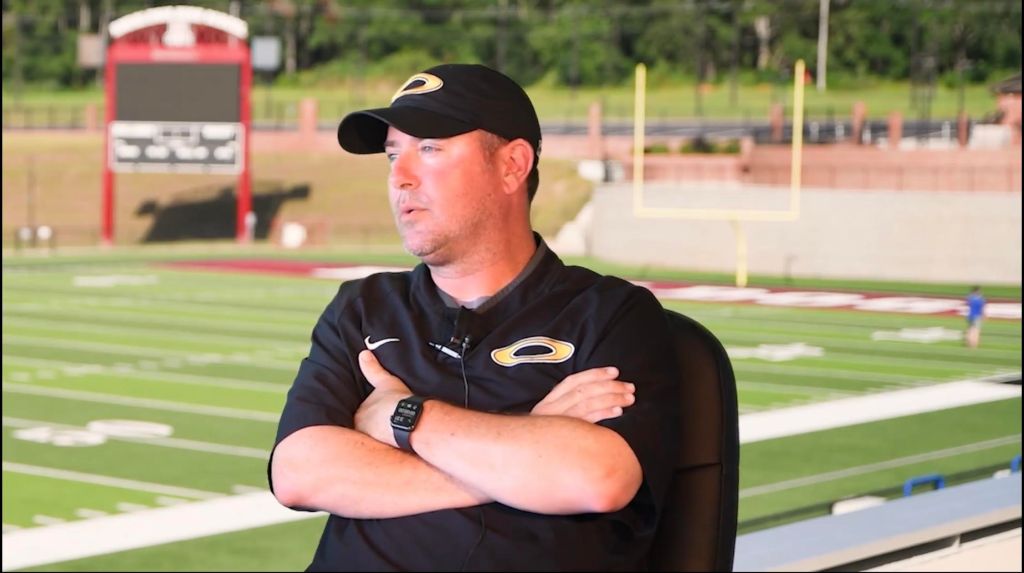 After seven years in amassing the most career wins by a coach at Opp in 40 years and earning the school’s most playoff victories, Brent Hill is leaving the Bobcat football program.

Hill confirmed the news shortly after it was announced by Opp’s City Schools that he had resigned as football coach and athletic director.

“I am going to pursue another opportunity in another state,” Hill said Thursday afternoon of why he is leaving the Bobcat program.

Hill did not want to indicate Thursday where that opportunity was located, though he confirmed it was not in Tennessee where he has family and where he coached before coming to Opp.

“It is a good opportunity,” Hill said of the potential coaching opportunity. “It was a weird thing in that everything lined up perfectly. The Lord blessed the whole thing. It kind of came out of the blue.”

During Hill’s tenure, the Bobcats went 4-5 in the state playoffs, the most postseason wins by a coach at Opp. The next highest is two wins by both Wasden and Paul Wooley (1989-94).

Hill’s 2014 and 2016 teams both won nine games, the first teams to earn that many for the Bobcats since 2003. The 2014 team, which finished 9-4, advanced to the state quarterfinals, the first Opp team to advance past the second round in school history.

Hill’s last team last fall went 8-4, reaching the second round of the Class 3A state playoffs.

“I have enjoyed coaching every young man we’ve had here at Opp,” Hill said. “I don’t regret one second coming to Opp. I have loved Opp. Opp is a great place and a great community. My whole family has loved Opp.

While he had success at Opp, Hill does leave with one regret.

“The only thing I really regret is I wish we had won the state championship. That is only thing that drives me up the wall,” Hill said.

Hill added he enjoyed his association with those in Opp from fans to coaches to administration, but most importantly, to the players.

“Opp fans are the best. We go on the road and it becomes a home game because our fans travel that well,” Hill said. “They love their football program. You have a good administration to work with. There are some good men I coached with, but the overall thing I have enjoyed the most has to be the boys I have coached. There are so many of them and each of them I have a special memory of.”

Overall, Hill has a 66-42 career coaching record, including a 22-5 record at Tennessee’s St. George’s Independent School in the Memphis suburb of Collierville in 2011-12. The 2011 team won the state title and the 2012 team finished runner-up.

During his tenure at Briarcrest, he coached under former Ole Miss and current Liberty head coach Hugh Freeze.

Opp City Schools released a statement announcing Hill’s resignation and thanking him for his work with the Bobcats.

“Coach Brent Hill has tendered his resignation as head football coach and athletic director at Opp High School to accept a position out of state. Opp City Schools wishes to thank coach Hill and his family for seven seasons of dedication and service to Bobcat Football,” said the release made public on Twitter early Thursday afternoon. “Coach Hill has made a lasting impression on the community, school and most importantly, the young men he has coached. Good luck coach and thank you.”