Additional research on early Kyzar ancestors has been made available 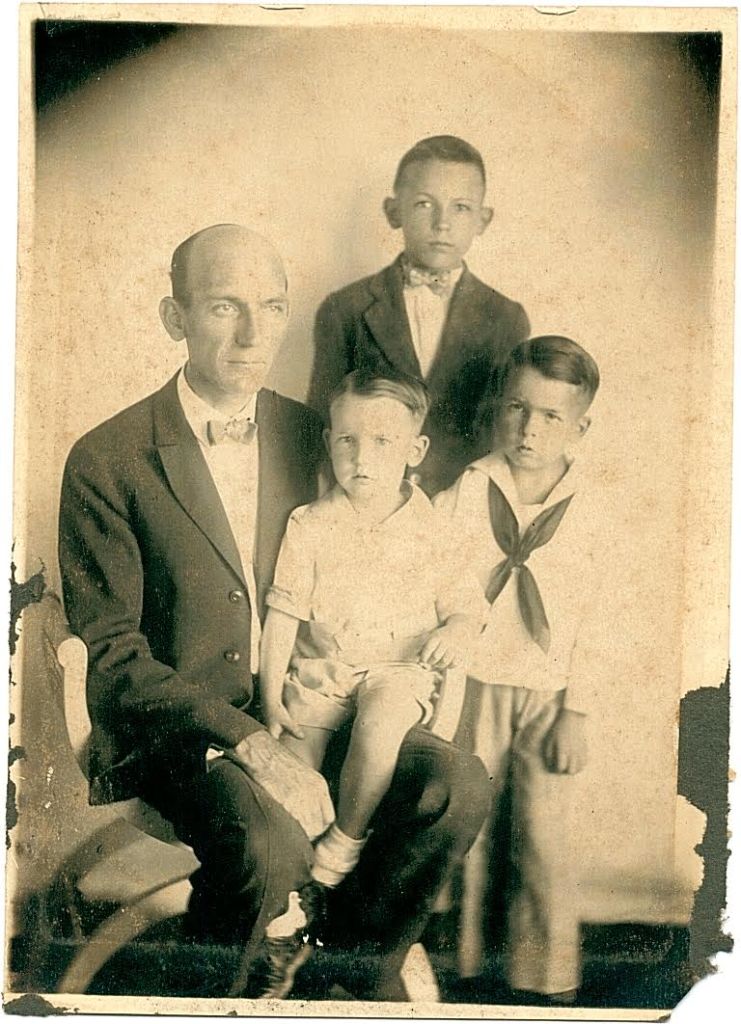 In last week’s column, the heritage and career of Dr. James Hugh Kyzar, a prominent medical physician specializing in the treatment of diseases of the eye, ear, nose and throat, was presented. A native of the Goshen community of Pike County, Ala., he settled in Andalusia, Ala., to establish his practice in 1924. In today’s writing, more of Dr. Kyzar’s early ancestry will be offered.

Some additional genealogy of the early Kyzar family in Germany has been learned which will be shared in today’s writing. These new records identify three earlier ancestors than was shown in last week’s column. The earliest known ancestor at present is Ambrosius Keyser who was married on November 17, 1636, to Agathae Sauter. They became the parents of Matthias Kaiser who was born in 1643 and who was married in Offingen, Fellback, on April 17, 1676, to Barbara Gauss (1647-1688). Barbara was the daughter of Hanss Gauss (1615-1687) and Barbara Konig (1617-1697) who were married circa 1640.

Around 1753, Joh Ulrich Kayser made a decision to leave his homeland of Germany and move his family to the West Indies (a name America was often called at the time). On March 13, 1753, Joh “John” Kayser filed a petition for a Colonial grant of 300 acres of land in the State of South Carolina. In 19541754, the family embarked from Rotterdam, a major seaport in the Netherlands, and sailed for America aboard the ship “Elizabeth.” After an arduous journey, they landed in the port of Charleston, S.C.

The family settled on Hollow Creek in Lexington District, where Joh was granted 100 acres of land on July 4, 1754, as one of the first land grants in the State of South Carolina. Available records showed some differences in the names of Johann Ulrich’s children. When he arrived in Charleston, he identified his wife and four children.  It appears they had lost several children who apparently died at an early age.  As can best be determined, the four surviving children were as follows: John Christianus “Christian,” b. 1740, d. 1830; Anna Barbara, single but granted land on Cannon’s Creek in 1773; Phillip George, b. 1748, d. 1807, m. ?; and John Henry, b. 1749, m. Eleanor Gill and had moved to Mississippi by 1810.

The oldest son, John Christian Kayser, who will be referred to as Christian Sr., is the line being followed in this narrative. He would have been a young teenager of about 14 years of age when the family arrived in Charleston in 18541754. He matured in South Carolina and was married there around 1864 1764 to Mary Pickins who was born in 1748 and died in 1853. In 1771, Christian Sr. was granted lands totaling several hundred acres. The 1790 Federal Census listed a Kyzar family–Christian Kyzar with one female and two children–which would appear to be that of Christian Jr. It is believed he rendered service during the War of 1812.  He became quite influential in the area and was one of a group petitioning to charter the Saint Peter’s Lutheran Church.

The fourth son, Christian Kyzar Jr., appears to be the generation which Americanized the Kayser spelling of the name to Kyzar. In 1819, this family and possibly other Kyzars were among a caravan of families leaving South Carolina for South Alabama. Upon arrival in an area that suited them, they settled in Monroe County, Ala., near the Town of Monroeville.

It is believed that Christian Kyzar Jr. and his brother, David Kyser, who was about 10 years his junior, left South Carolina at the same time which was probably soon after their father’s death. As mentioned above, Christian Jr. settled in Monroe County, Ala., but it is reported that David and his family journeyed on to Bibb and Tuscaloosa County, Ala.

The family and descendants of Christian Kyzar Jr. were outlined in last week’s column, but a brief review is offered for easy reference. Christian’s oldest son, Lemuel Edwin Kyzar (1820-1865), moved to the Goshen community in Pike County, Ala., as a young man. Unfortunately, he died of scurvy at a fairly young age in a Union prison about the ending of the War Between the States. He left a widow, Suzannah, and their eight children. His oldest son, James Franklin Kyzar (1849-1925) lived his entire life and died in Goshen of Pike County. He and his wife, Mary Elizabeth (Rose), were the parents of three children: Walter Burford, b. 1881, d. 1958, m. Julia Lucinda Snyder; Attie Myrtle, b. 1883, d. 1966; and James Hugh, b. 1889, d. 1982, m. Clara Lude Solomon. The youngest son, James Hugh Kyzar (1889-1982), was the medical doctor featured in last week’s column.

Another column will follow which outlines Dr. Kyzar’s family as residents of the Andalusia area.

The primary source for today’s story was the family records compiled by James Watson Kyzar of Goshen, Ala., the home of his family for many years.

Anyone who finds an error in the above history is requested to contact this writer, Curtis Thomasson, at 20357 Blake Pruitt Road, Andalusia, AL 36420; 334-804-1442; or Email: cthomasson@centurytel.net.

Kyzar family ancestors migrated from Germany to America circa…