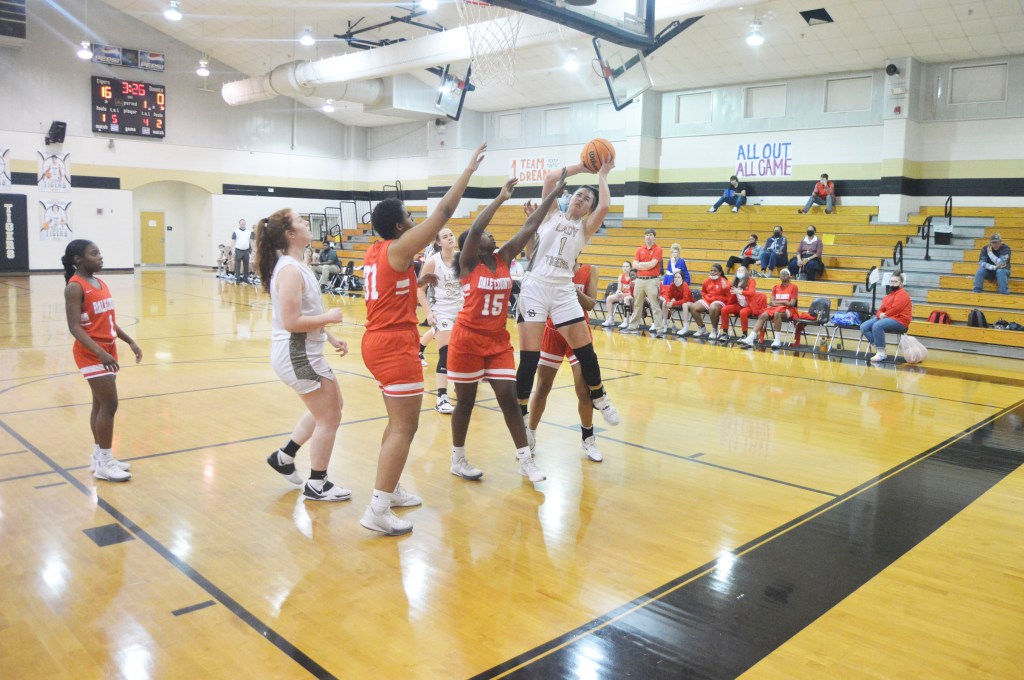 The Straughn High School Lady Tigers basketball team (18-6) is headed to the Area Tournament Championship after a win over Dale County on Monday, 56-20.

The Lady Tigers absolutely dominated in the first period going up 23-0 with 49 seconds remaining.

Dale County finally got on the board at the end of the first period, but A. Kelley answered right back to go into the second period 25-4.

Ora Hall opened up the second period for the Lady Tigers to go up 27-4.

With 4:27 left in the half, Ansley Montgomery had a rebound and put it back up to increase the Lady Tiger lead 31-4.

With 59 seconds left in the half, Hannah Albright had a layup to go into the half up 35-8.

The Lady Tigers did not let up in the third period, with A. Kelley opening up with two baskets to go up 39-8.

With six minutes left in the third, K. Kelley had a layup and Montgomery followed to increase the lead 43-8.

Albright, Abbi Hataway and Melanie Harris all scored baskets in the final minutes of the third period to keep the Lady Tiger lead 49-15.

“I thought we played well,” SHS head coach Bradley Stephens said. “We came in trying to work on a lot of things, continuing to just try and push forward. I thought we limited our turnovers well tonight than we have in the past few games.”

Limiting turnovers is key for a victory in the championship, according to Stephens.

“I think if we limit our turnovers then we are going to be alright,” Stephens said. “We split with Geneva in the regular season. So, it’s just one of those things if we can limit turnovers and give it our best then we will have a shot.”

Compared to the team that Stephens saw in the beginning of the season, he said his girls now are really progressing.

The Lady Tigers will take on Geneva (16-7) in the area championship on Thursday night at 6 p.m., at Straughn High School.