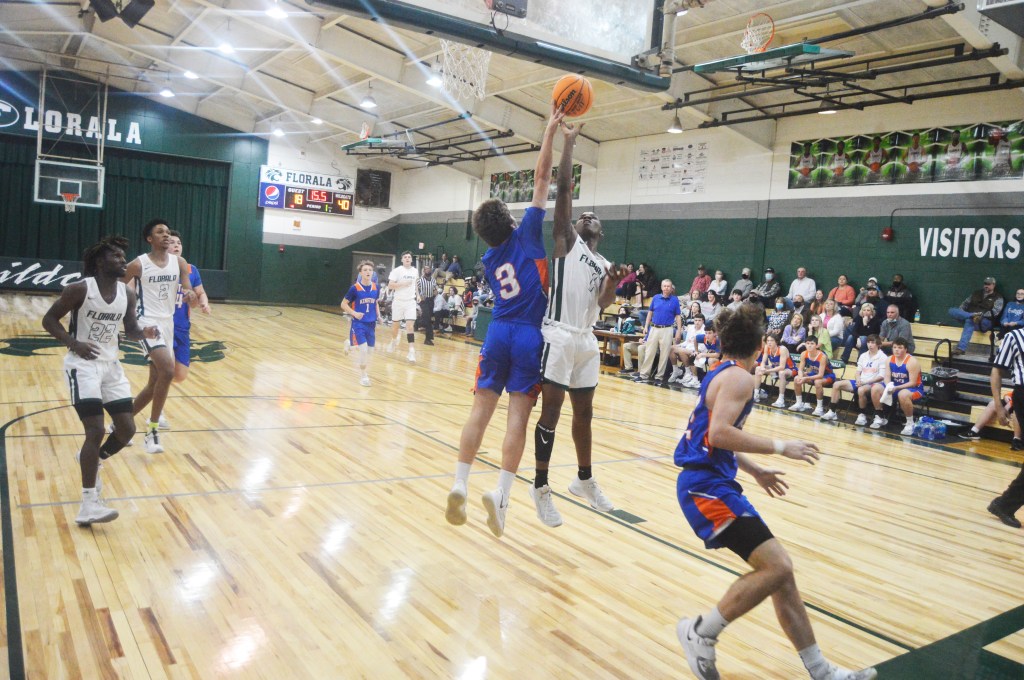 In the first quarter, the Wildcats came out strong, scoring 22 points. With baskets from Anthone Stone, Rashaad Coleman, Zaccheaus Reese, Mekhi James and McMeans, Florala was up 22-5.

To open up the third period, Jamon Mitchell hit a lay up and Z. Reese followed to make it 44-20.

Rashaad Coleman opened the fourth period with a floater to make it 60-28.

Elijah McMeans hit a lay up with 4:45 left to go in the fourth period.

Kinston hit a couple of points to cut the lead with 1:37 left in the game, but Rayshon hit a lay up and a three-pointer with five seconds left to make it 72-40.

Going into sub regionals, Turman said it is now just one game at a time.

“We are focused on just playing well that night,” Turman said. “We just need to make our shots, make them count, boxing out, and doing our job. Georgiana has a good team. They have kind of been the standard of a good 1A basketball team in the south and we have to go through them to get to where we want. We are excited for the match-up.”

Florala will face Georgiana Tuesday at 6:30 p.m., in Florala.