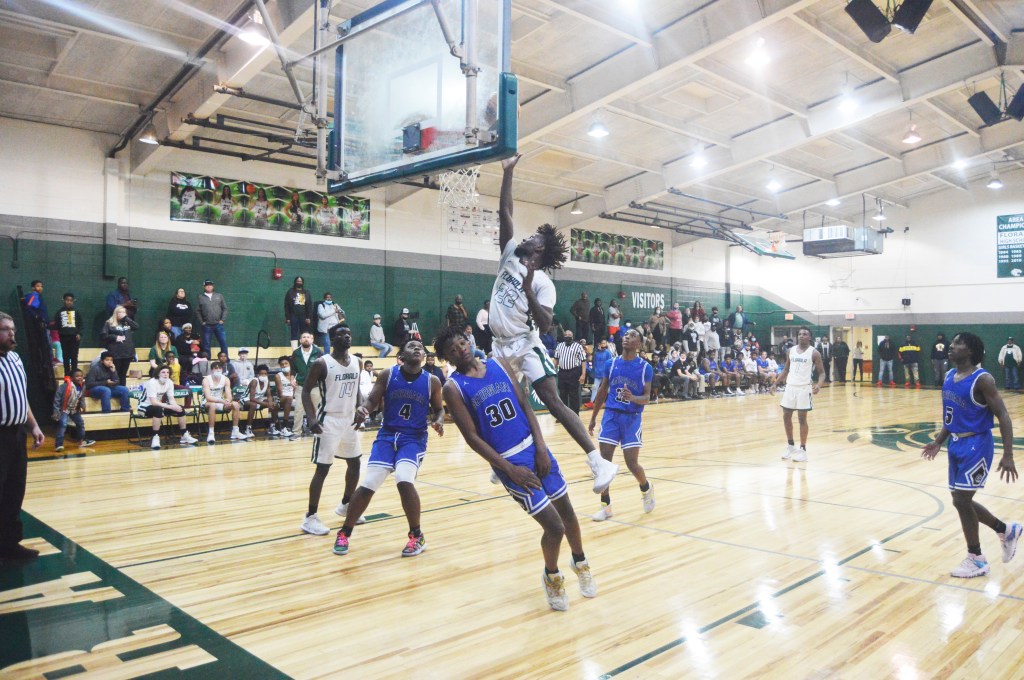 It was a close game the entire time, with Florala leading with 4 minutes in the first period, 9-7.

Georgiana opened the second quarter with an and-one, but Mekhi James answered with a jumper to make it 19-18.

Rayshon Coleman hit a lay up with 4:59 left in the half to make it a one-point game, but after some free throws and a three-pointer, Georgiana held the lead, 27-21.

Rashaad Coleman hit a three-pointer to cut the lead 27-24.

Georgiana opened the third period, but with 6:10 left in the third, Rayshon Coleman hit a lay up to take the lead 35-34.

Georgiana hit a lay up with 5:26, but Rashaad Coleman answered to make it 41-36. Over the next minute, The Panthers and Rashaad Coleman would battle, scoring multiple points, with Georgiana slowly decreasing the Wildcat lead.

Two three-pointers from Georgiana would make it a one-point game with 1:51 left in the third period, but Rashaad Coleman answered with a three-pointer making it 50-46.

In the fourth period, Georgiana tied it up with two free throws and then took the lead with a three-pointer with six minutes left in the game.

Rayshon Coleman answered to tie the game at 53-53.

Georgiana went on a hot streak scoring six points until Rayshon hit answered to make it a three-point game.

After several free throws from Georgiana, they were up 66-62 with 21 seconds left in the game.

Georgiana hit another couple of free throws to make it 68-65. Florala missed a last-second three-pointer to tie the game.

“We knew it was going to be a tough match-up,” FHS head coach Troy Turman said. “We were prepared and obviously they were too. We knew that it was going to be a fourth-quarter game. I thought we gained the momentum in the third quarter and then the last two to one minute in the third quarter we lost that momentum when we should have been up by about five to seven points. That gave them some hope. In the first minute or two of the fourth period, they seized control and things just kind of bounced their way. That’s just the way it goes sometimes in a game with two good teams. We knew they weren’t going to back down and we weren’t going to back down either. I’m really proud of our guys just by how hard they played and the class that they played with. They are all going to be very good people beyond high school sports.”

Turman said that his seniors wanted to put a stamp on Florala.

“They care so much about the school and the community,” Turman said. “They wanted to win for their folks and their families. They are just a good group of guys.”

Looking forward, Turman said he is excited about the future of Florala basketball.

“We are going to let this sink in and let February end and then we are going to start working on the young guys,” Turman said. “We had a few guys get some playing time during the playoffs and that is going to really help them for next year. The young guys are going to have to learn and develop, which means next year is going to be a learning process, but looking beyond next season, as long as they work hard and continue to grow and develop good habits, they are going to be fine players also and we look forward to seeing them.”

With the loss, Florala ended its season 26-6.