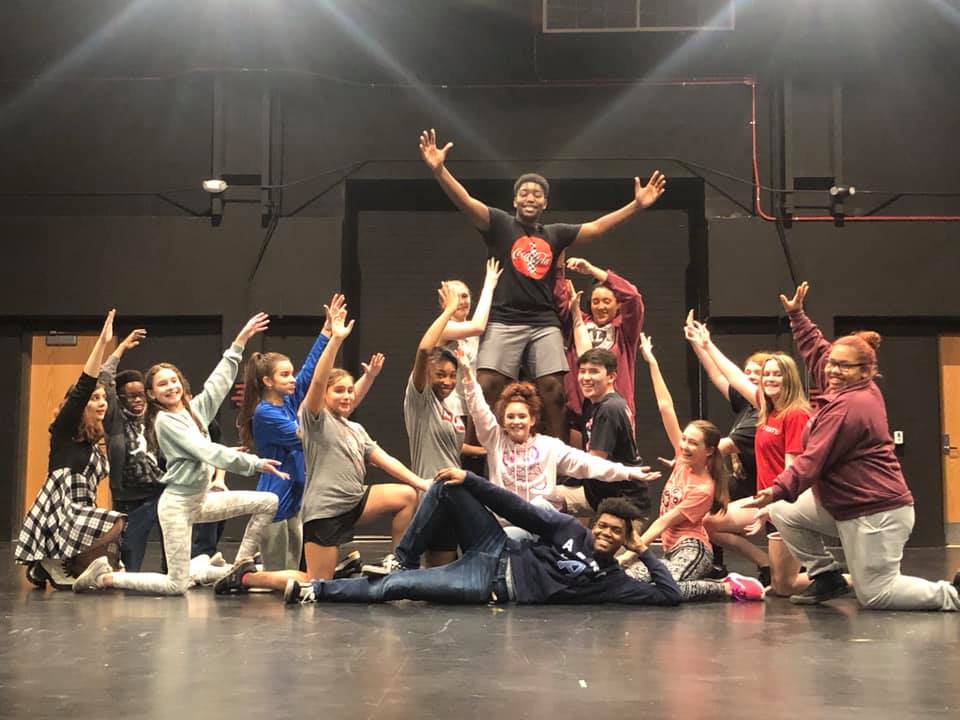 The Andalusia High School chorus department is gearing up for Lion King Jr., which has been postponed since last year because of COVID-19.

Choir director Hannah Cross said she is excited for the musical to finally be here.

“I am just glad that we are finally able to do it,” Cross said. “I really feel bad for the seniors that weren’t able to do it last year. They put so much work into it and were so excited, but it is still going to be a good show.”

The show is a scaled-back version of the original Broadway play, The Lion King.

“First of all, it’s not nearly as long as the Broadway play, which is about three hours,” Cross said. “This show is only about an hour and 20 minutes. The songs are simpler, which means it’s easier for our kids to learn the harmonies. With that being said, a lot of the songs that are in the original are also in this show.”

The process of building costumes and masks for the show has been a tedious one, according to Cross.

“Last year I had Starla Jones helping me with the costumes, but we were able to borrow some stuff from the Ritz Theatre in Greenville,” Cross said. “But about how much we got from Greenville, we have had to make stuff ourselves. It has been a lot of work and I knew that going into it. I knew that by doing Lion King, people were going to be thinking about the costumes and the music.”

With the show being for all families, regardless of age, Cross said that is exactly why she chose it.

“This is a family story and the biggest thing that I want people to get out of this show is families to be able to come to our new auditorium at the high school,” Cross said. “I want kids to be able to come and say, ‘One day I’d like to do something like that,’ I just wanted to inspire a younger generation. I wanted our first show in this auditorium to include everybody of all ages. The kids love it and they are singing the songs all of the time. This is a story that we have all grown up with, as well as parents who have had to sing the songs to us.”

Eleventh grader, Mitch McGlamory will be playing Mufasa in the musical.

“I wanted to play Mufasa because I feel like I’m the dad of my friend group,” McGlamory said. “I’m always trying to care for my friends like Mufasa cares for Simba.”

Adult Simba is being played by eleventh grader Jhase Robertson.

“Having the weird friends is kind of relatable to adult Simba,” Robertson said. “I have watched the movie over and over to research my part. I think people should come watch the show.”

Senior Isangelic Reyes is playing adult Nala in the musical and has her eyes set on a musical theatre career after high school.

“I feel like I really related with Nala,” Reyes said. “She always wants to fix things and wants to do the right thing. It doesn’t matter if she is being hurt in the process, she is going to help for the wellbeing of everyone.”

Tickets are $10 and are available at the AHS Front Office, MaryAnn’s Florist, or at the door.