REMEMBER WHEN: A LOCAL DREAM FULFILLED 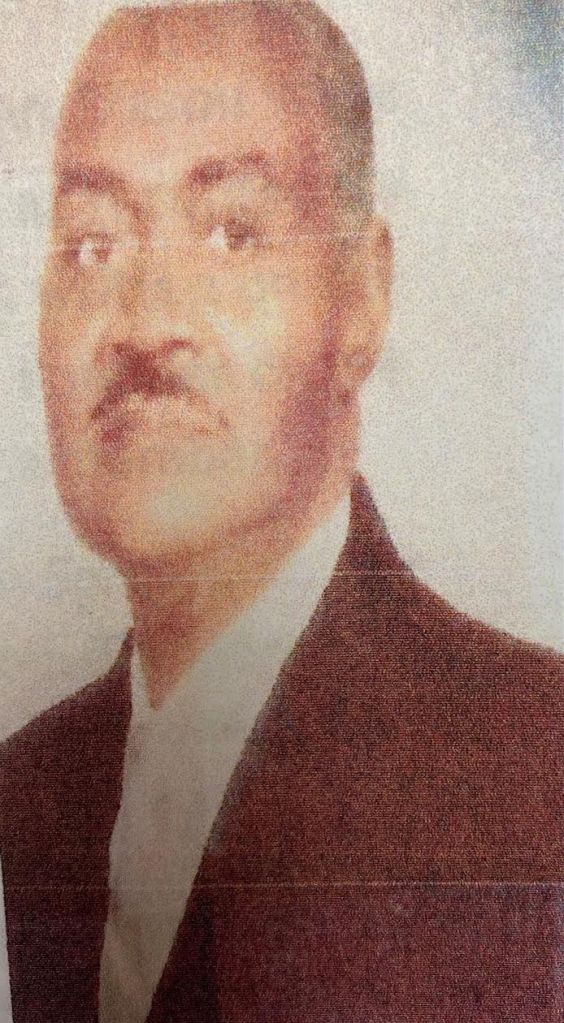 An interesting visitor came to see me recently and brought some information about the Mason Serenity House and the story of her parents who were the founders of the William Christian Nursing Home also known back then as the William Christian Old Folks Home as was written on the cornerstone of the building. That structure located across from the AHS football stadium was recently razed. There is much history in this facility that John Ben Mason and his wife Missionary Willie Ann Mason founded.

Shortly after World War II, Bishop Mason saw the need for nursing care for poor, elderly black people and orphan children in this area. He decided that the answer for establishing a home came down to the fact that he must take the lead in building such a facility.

Mason born in 1896 in Union Springs, AL began his ministry in 1913 and was ordained in 1920 after having attended the Moody Bible Institution in Chicago and the Louisville Bible College in Louisville, KY. He had been pastor in the Church of the Living God in Andalusia but had traveled extensively in his ministry in Alabama, Mississippi, Tennessee, Oklahoma, Kentucky, and in Indiana where he pastored a church in Indianapolis. He preached the gospel, organized and built churches, but his dream for many years was to build a home for underprivileged children and unfortunate girls and young women as well as for the aged and handicapped.

In 1926, Mason was appointed Bishop of the 9th district which consisted of six southern states. In 1930 Bishop Mason met Sister Willie Ann Jenkins from Demopolis at a church meeting in Birmingham, and they soon married after a short courtship.

With his deep faith and inspiration from God, Bishop Mason began soliciting funds from the public with the assistance from appointed officials. He had much encouragement from the local community, because many were aware that there was such a need. The support was overwhelming financially and spiritually, and his dream became a reality. He requested a release from the pastorate so that his long-time dream could be fulfilled.

On July 15, 1949, the doors of the first nursing home in Andalusia were officially opened for business. Rev. Lee Nelson Bell was the leading contractor with many workers and volunteers that helped to build the home, a ten-room, eleven-bed facility. There were not nearly enough rooms for the applications received.

There was a continuous list of people on the waiting list for admission, some of whom had very few close relatives or no one at all to assist with their care and upkeep. Therefore, the home became responsible for their upkeep, food, medicine, insurance, clothing, doctor expenses, and sometimes even funeral expenses. Early care of patients was financed through welfare, social security, and private donations.  After the establishment of Medicaid, the facility was approved for Medicaid assistance.

With continued drives for funds, an addition was made to the facility and by 1960, the home served 35 patients. Eventually the home became non-sectarian and did not discriminate due to race, creed, or color. Many Andalusia citizens in all walks of life resided there.

Bishop Mason’s wife and children continued to make sacrifices to help make the business a success. Four of their children attended Covington County Training School, the segregated black school. Fifteen of their grandchildren were graduated from the Andalusia High School.

William Christian had been the founder of the Church of the Living God of which Bishop Mason was a member so Mason chose the name for the home to honor this man.

Delores Mason Gomez, one of the 8 children the Masons, felt a calling to keep the home going after her father passed away in 1972. She had been graduated from a high school in Indianapolis when the family lived there – Crispus Attucks High School, named after the first African American killed in the American Revolution.

Afterwards she attended the Indiana Business College and later moved to Washington, D. C. where she worked for the federal government for 29 years. At HUD, she researched the elderly and nursing home sections of the regulations where she gained valuable knowledge. She married Carlos Gomez who retired from the Pentagon.

In her research with HUD, Gomez became interested in a new concept for housing the elderly called “domiciliary housing.” It was her desire to come to Andalusia and to continue with her father’s dream.  About that time she was informed that the nursing home was to be put up for auction due to bankruptcy after her father’s death.

In a part-time job evenings and weekends working as a licensed real estate agent in Washington, D. C., Gomez began thinking of an idea that came to her as how to invest some money she earned in a commission after a sale. Her sister Gloria had sent her The Andalusia Star News article that had been published about the auction showing the date, time, and place of the auction. She knew that her parents had put a lot of energy and most of their life savings into the business, and it seemed the right thing to try and pursue. What was her father’s dream now turned into Delores Mason Gomez’s dream, a real persistent dream that she dreamt time and time again that she was in deep thought about. She asked herself, “How can I interpret this dream?”

On August 22, 1985, there she was on the steps of the Covington County Courthouse. There were only two bidders, and the money she had received from the real estate transaction in Washington was invested into the property, the former William Christian Nursing Home. Her bid won. After the purchase, she realized that she would have to move to Andalusia, leave a good job, home, and her immediate family – not an easy undertaking with two young granddaughters.

In 1986, her son Spencer traveled with her to Andalusia where they proceeded to make plans to renovate the old nursing home building to meet state standards in order to be licensed as a “domiciliary” facility, the first “assisted living facility” in Covington County. It was to be known as the J. B. Mason Serenity House.

Many hurdles in financing were faced, but in February 1989 Mayor Benny Barrow cut the ribbon for the grand opening. A host of state and local officials, city employees, family, friends, and other Andalusia residents attended in support of this venture.

Over the next 21 years, Mrs. Gomez blessed many families with the haven she and her staff provided for seniors who were in need of assistance. Ministers, singers, pianists, club members, students, friends, and other townspeople visited frequently to entertain and encourage the residents. Some came to play dominoes or to celebrate birthdays and holidays. Letters of gratitude from former residents and their families always poured in extending thanks for the comfort and a “place away from home” for the excellent care and attention afforded them. Even Mrs. Gomez’ mother, Willie Ann, resided for a time at the serenity house. She lived to be 96 years old passing away in 1997 and took pride in the continuation of her husband’s dream.

On March 27, 2010, Mason Serenity House closed its doors mainly due to the 2008 economic recession which made it difficult for residents and their sponsors to afford their stay. In a detailed document written by Delores Mason Gomez pertaining to the history of the facility from 1949 to 2010, she states, “I thank God for the opportunity to serve in this capacity. Due to my relentless effort, fortitude, failures, and disappointments, I endured and did not give up. This venture was a challenging experience and a very costly undertaking. Opposition came from those who discriminated against me along the way because I am black and female. It was a challenging and costly undertaking but a dream come true.”

Mrs. Gomez’s history booklet completed in June 2020 can be found at the Andalusia Public Library and the Three Notch Museum.

By 2020, the condition of the building was more or less dilapidated having stood vacant for several years. The City of Andalusia Board of Education purchased it and the William Christian Old Folks Home aka Mason Serenity House which was located at 601 Henderson Street for 60+ years sheltering many needy persons through the years was razed in November 2020 with plans for future expansion of a parking lot for AHS football and baseball games.  An historical marker is soon to be placed on the site in loving tribute to the Mason family and in recognition of Andalusia’s first nursing home and first assisted living facility in Covington County. 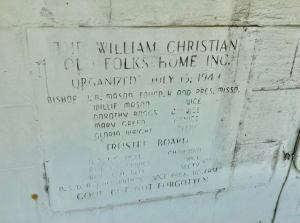