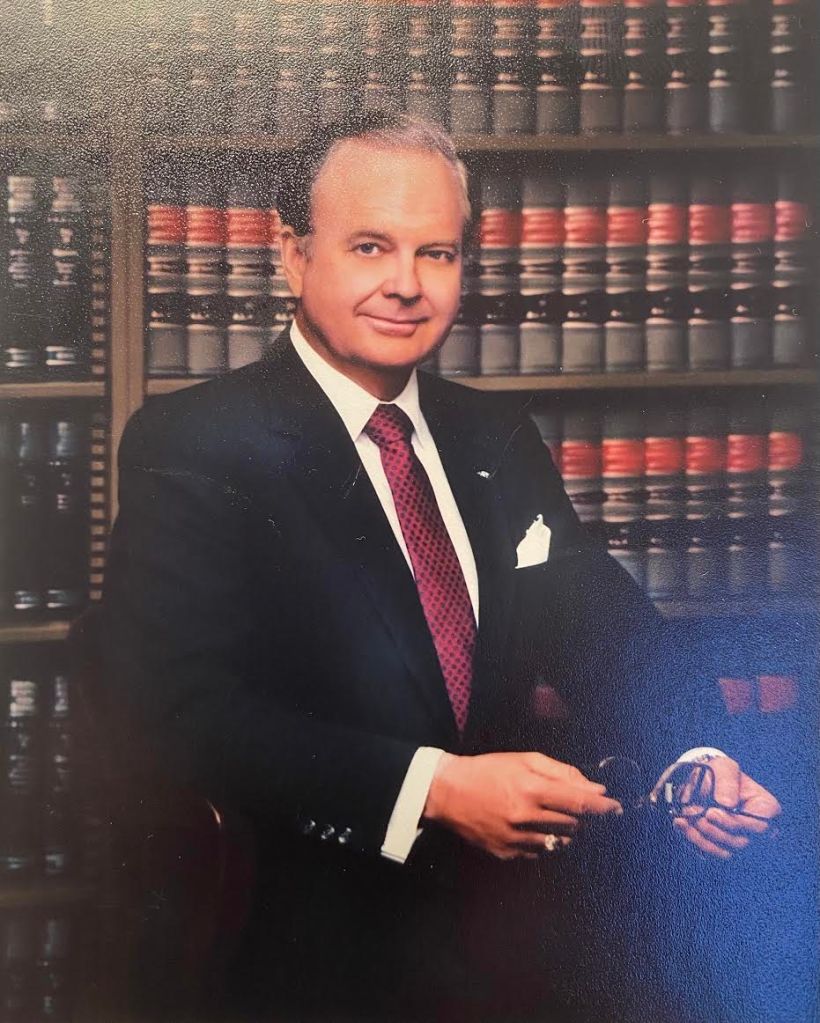 On Feb. 20, 2021, J. Fletcher Jones, loving husband, devoted father, grandfather and great-grandfather, passed away at the age of 94. Fletcher was born in Miami, Fla., to the late C.J. and Willie Maude Jones.

At the age of 17, Fletcher left high school and enlisted in the U.S. Navy during WWII. He was a member of the “Fighting 40th,” SeaBee Battalion in the Okinawa Campaign, reaching the rank of 3rd Class Petty Officer.

After being honorably discharged from the Navy, he graduated from high school before attending the University of Alabama. He was later accepted to the University of Alabama School of Law, where he served on the Executive Council of the senior law class. While in law school, he met the love of his life, Sara Jean Bradley, from Greensboro, Ala. He would later propose to her on the steps of Denny Chimes on the university campus. Fletcher and Jean were married on June 1, 1952. After Fletcher graduated from law school in 1953, he and jean moved to Andalusia, where he joined Ed Reed’s law firm.

Over the years, Fletcher practiced law with a number of attorneys at his law firm, including: Benton Persons, Lex Short, John Jones, Stacy Brooks and Amy Jones.

Fletcher was a member of the First Presbyterian Church, where he taught the adult men’s Sunday school class and served as a deacon and elder. In 1955, Fletcher chartered and was selected as the first President of the Andalusia Civitan Club. Fletcher was a Mason, Shriner and member of the Scottish Rite. He was a long-standing member of both the National and Covington County University of Alabama Alumni Associations.

In 1958, Fletcher was elected to the Alabama House of Representatives where he served two four-year terms. During that time, Fletcher initiated and drafted several bills and resolutions, including: replacing paper ballots with voting machines; enabling Covington County to have its own circuit judge (Covington County had previously shared a circuit with Geneva County); and implementing stringent guidelines on short loan businesses. He also played a pivotal role in passage of the bill allowing women to serve on juries.

Fletcher was a member of the Alabama State Bar Association, the American Bar Association, and the Covington County Bar Association for more than 67 years. He was also a long-standing member of the Alabama Trial Lawyers Association. Throughout Fletcher’s 60 plus years of practicing law, he devoted countless hours of pro bono services to those less fortunate. A mentor to many lawyers in the county, Fletcher was a tremendous source of wisdom, humor and insight about what it means to be a good person, not just a good lawyer. He will long be remembered as an aggressive and determined advocate for the rights of his clients.