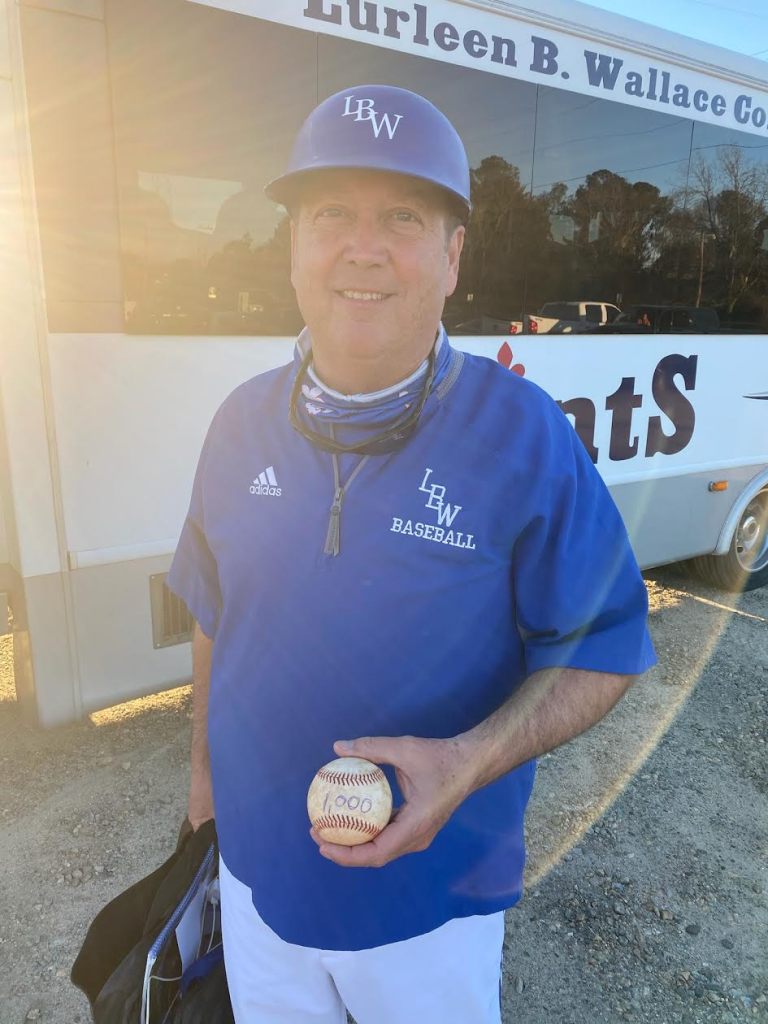 LBW Community College is honored to announce the 1,000th win for Athletic Director and Head Baseball Coach, Steve Helms. Helms set the record with a win over Andrew College on Wednesday.

“I know wins mean a lot to Coach Helms, and most coaches never get to experience success to this extent,” said LBW President, Dr. Brock Kelley. “I’m sure proud he’s chosen LBW to devote his career to.”

The 2020-2021 season marks thirty years Helms has coordinated the LBW baseball program.  A former standout pitcher for the Huntingdon College Hawks, Helms is one of the most respected coaches in the country.

When interviewed for his 900th win during the 2017 season, Helms said, “At the end of the day, the wins and losses aren’t really what matters. It’s more about our program helping mold these kids into men that have a positive influence on those around them.”

Throughout Coach Helms’ tenure, the baseball program has been to two NJCAA World Series tournaments in 2004 and 2009, won the 2004 Alabama Junior College State Tournament, and won the 2009 Division II Southeast Regional Tournament. Helms was inducted into the Alabama Baseball Coaches Association Hall of Fame in January of 2015.

“His influence reaches far beyond the diamond and his legacy is definitely not defined by 1,000 wins,” Kelley added. “I look forward to continuing to watch him help young student-athletes succeed on and off the field.”

Helms was five wins away from a milestone 1,000th career victory last year when the NJCAA ended all competition due to COVID-19.  Assistant Baseball Coach, Brandon Ware, who played under Helms during the 2004-2005 season spoke about what an unprecedented season they’ve had.

“Although logistics of the game may be different this year, our staff and players have continued to work hard,” said Ware. “Coach Helms has brought the best out of players for the past 30 years, and this win is a deserving achievement in his career.”