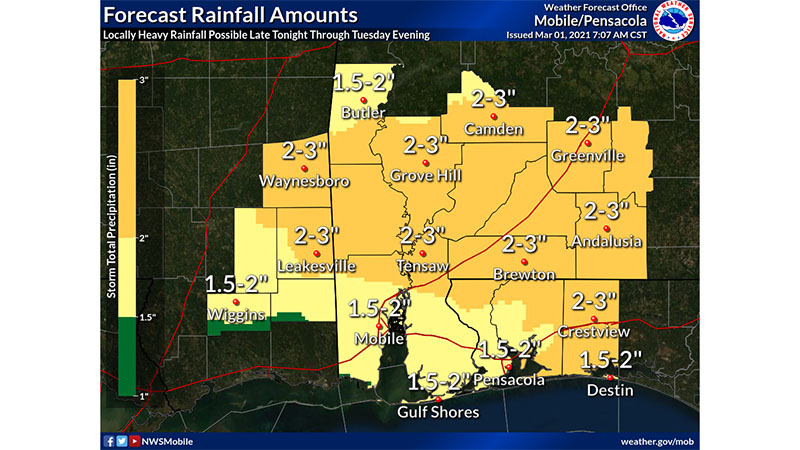 Rain showers will increase in coverage across the region along and ahead of a cold front that will be pushing across the area.  The front will stall over the Gulf tonight, but a series of upper level systems will spread across our forecast area late tonight through Tuesday evening, according to the Covington County Emergency Management Agency.

Rain showers will become widespread in coverage after midnight tonight and will continue through the day Tuesday.  A few thunderstorms will also be possible through Tuesday evening.  Periods of heavy rainfall will be possible late tonight through Tuesday evening, which could lead to minor flooding of low lying and urban areas. “We will also be watching for what is currently a very low potential of an isolated strong to severe storm near the immediate coast from Gulf Shores to Destin late Tuesday afternoon into Tuesday evening as the front over the Gulf retreats northward to near the coast during this time,” said CCEMA Director Susan Harris.