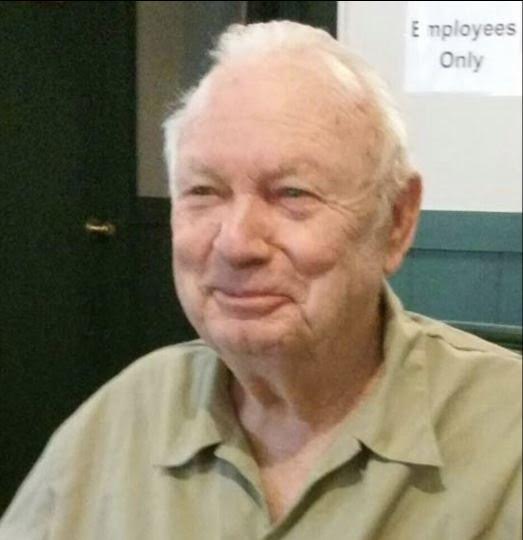 Glen Love, 86, of Hayesville was called home to be with the Lord Sunday March 7, 2021. Glen was born on February 15, 1935 in Andalusia, Alabama. Glen was the second of five siblings born to an Attorney Clyde McCarthur Love and housewife Roxie Mae Knox Love in Andalusia, Alabama. Glen enlisted in the Marine Corps in February 1953 and was honorably discharged three years later. He attended Auburn University in 1956, where in three years, he earned a degree in Engineering. In December of 1953, Glen married the love of his life Betty Sue Hiers. After graduation, he enrolled at Penn State University where he graduated with a Masters in electrical engineering.

Glen began a career with Douglas Airforce company (AKA McDonnell Douglas, now Boeing) where he was promoted numerous times and given increasing responsibilities. Early in his career, he worked directly with NASA on the Apollo program. He was promoted to a section chief where he worked on classified programs and resided in Orange County, Los Angles. Later he became the company’s spokesperson for technology.  He was appointed by NASA as the Industry Chairman which evolved into the Space Station Freedom chair. In this role, he was instrumental in the early development of the Space station and its requirements. He transitioned from this program to work directly on the US governments Star Wars program, then transferred back to finish his career and complete work on the Space Station. After 32 years, Glen retired from McDonnell Douglas and moved to Hayesville, NC where he resided from 1991 until 2016, the true place that he loved and called home. You could say that he was a rocket scientist or a pioneering NASA space engineer, who was instrumental in early computer science in collaboration with space engineering.

Staying active in retirement, Glen was a consummate volunteer. He was co-president of the Clay County History and Arts board and served on the Clay County Communities Revitalization Association board for several years. He was instrumental in establishing the CCCRA as a local non-profit and served as their first president. He wrote the first grant to Kodak for funding for the outdoor classroom at Hayesville High School and helped establish the woodturning program at the school. He often could be found cooking chickens on the town square and came up with the idea for the CCCRA fundraiser “CarBQue”.  He built the wood benches for the town square and was involved in many of the revitalization efforts around town. In 2007, Glen was awarded the H. Glenn Williams Power of One Award. This award, in NC, is the highest civilian honor given that recognizes significant contributions to state and nation in the fields of art, literature, public service and science. Glen was awarded this for his public service.

Glen is survived by his daughter Laura Lynn Love Meltzer, of Chapin SC, son-in-law Scott and two grandchildren, that he adored, Harrison and Haley Meltzer. He is also survived by his brother John Ray Love, of Arlington VA., and Mildred Love, of Holtville, AL.

Ivie Funeral Home, Hayesville in charge of all arrangements.

An online guest register is available at www.iviefuneralhome.com.