Clement and Ora Hare reared their family in Florida Panhandle 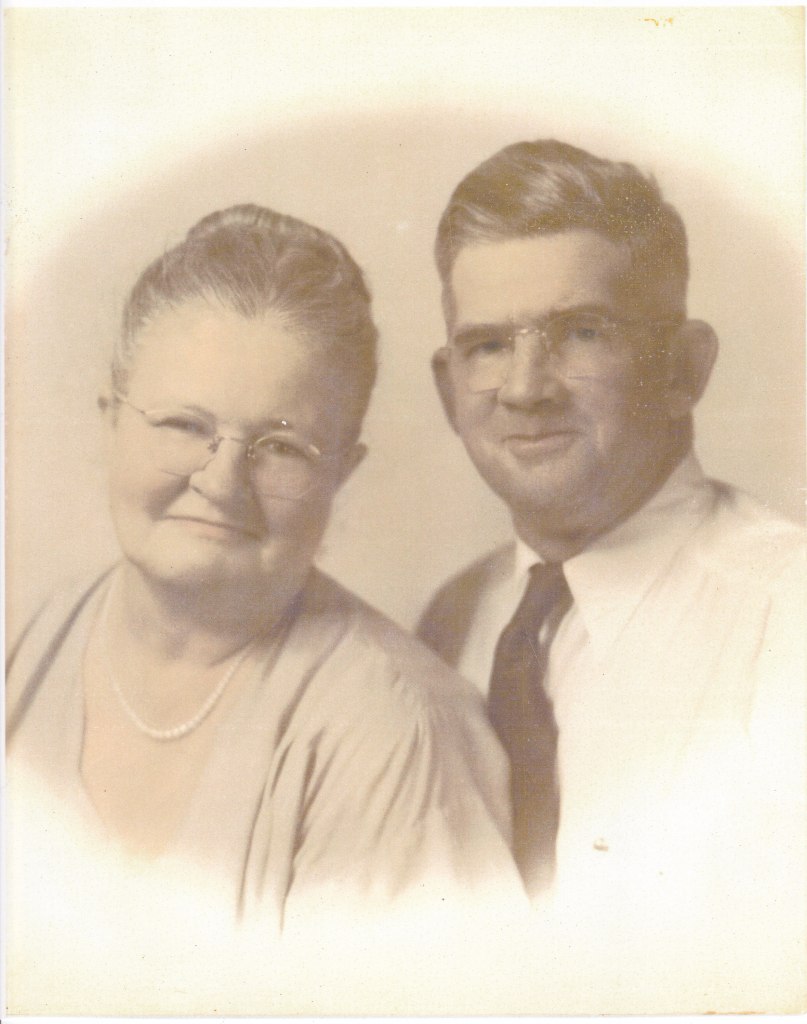 In earlier stories in this column, the Hare and Thomasson families of Covington County, Ala., were reviewed. On April 1, 1923, there was a marriage that united these families. Cement Vester Hare was married to Ora Louvenda Thomasson. Clement, who was born in 1902, was the son of William Elijah “Lige” Hare (1871-1946) and Mary Jane McIntosh (1878-1955). Ora, who was born in 1903, was the daughter of James Franklin Thomasson (1875-1959) and Cynthia Beulah Sasser (1882-1913). Clement’s parents resided in the Cedar Grove community along Brooklyn Road where he reached manhood. Ora was born when her parents lived in the Burnout community near the northern border of Covington County, but the family settled later in the Cedar Grove community where she and Clement met.

When Ora was 10 years old, tragedy struck her family. Her mother died at age 31 leaving seven young children. Three physicians came to the home to perform surgery on the mother, but when chloroform was administered, she simply slipped away. She feared this would happen, so she had made careful preparations. She took her bath and laid out her nicest dress clothes and played a few hymns on her old pump organ. She then breast fed her youngest child before telling the doctors she was ready for the surgery.

Since the family had not lived that long in the community, a decision was made to transport her body back to the Burnout community to be buried near relatives in the Veasey Cemetery. This writer’s father, who was the second oldest child at eight years of age, later would tell his family of the long ride in a wagon pulled by mules from Cedar Grove to the Burnout.  He remembers it was during the hot summer, and the wagon was stopped along the way at a flowing well for the seven young children to get drinks of cool water. That would have been a very long, sad journey of about 25 miles for the family.

Afterwards, the family returned home and gradually settled into a routine. Ora, being the older daughter assumed the major task of cooking the meals along with her father’s help. She also helped her dad care for the younger children. The young boys helped their dad on the farm and were trained for numerous responsibilities. They all enjoyed their neighbors who were helpful to the family. The children attended Adellum School and began attending Cedar Grove Church of Christ with their friends. Their home was in sight of the church building.

Ora was about 12 years old when her father married a widow lady, Mrs. Lizzie Ella (Griswold) Nichols, who had two sons and a nephew living with her. It is believed she had some Indian heritage. It was told that Lizzie’s mother pointed out to her that Frank Thomasson needed help with all those children, and she should think about marrying him. That marriage did occur on January 24, 1915. In the next few years, Frank and Lizzie had two children born to them, Otis Franklin Thomasson and Carrie Edna Cordelia (Thomasson) Moore.

An elderly lady and friend of this writer, once described the Thomasson household. She was impressed with the size and length of the dining table and the two long benches on each side. One beach had a section removed to allow space for a chair for the mother, and the father sat at the head of the table. The other amazing thing was the boys’ bedroom which had five double beds for the eight boys in the family.

It is surprising that Ora did not marry until she was 20 years old as young ladies of that day frequently married a few years younger. Most likely she was still shouldering much of the care of the younger siblings and the household management. As newly-weds, she and Clement began keeping house with him farming in their community. The young couple experienced tragedy by losing two infants during their first three years of marriage. They also lost a third infant some years later, but they were blessed with four children whom they reared to adulthood. At their deaths in 1982 and 1979 respectively, they were buried beside their infants’ graves in the Adellum Baptist Church Cemetery near Andalusia.

Clement attended a post-secondary school for training in forestry management and secured employment with the Florida Forestry Service. The family resided for a number of years in Holt, Fla., where Clement managed the local fire tower. In July 1951, the family moved to Blountstown, Fla., for Clement to manage the fire tower in that area. They made this their final residence, and Clement retired there. Ora spent her lifetime as a homemaker caring for her younger siblings and later her own family.

The oldest surviving son, Cyrus “Cy” Morgan Hare, was born in Holt or Milton, Fla., in 1927. He was welcomed by eager parents who had lost two sons prior to his birth. After high school, he attended the University of Florida and was graduated with a degree in civil engineering. He settled in Adelphia, Md., where he worked and made his home.  He was first married in 1957 to Mary Collins (1917-1980), a widow who had a 10-year old son. They later had a daughter, Deborah Lynn Hare, b. 1958, m. David Reid, and the Reids have a son, Justin, and daughter, Caitlin who m. ? Loughlin. Deborah has three granddaughters. Cy was later married to Kathlyn.

The next child was the only daughter, Miriam Pauline Hare, who was born in 1930. She was married in 1949 to Freddie Smothers who became a sergeant in the U.S. Air Force. They resided mostly in San Antonio, Tex., where Freddie was stationed. While there, Miriam worked with San Antonia Shoes. They were the parents of two children: Patricia, b. 1953, m. 1972 Donald Lyons; and William Earl “Billy,” b. 1954, d. 1977, m. 1975 Laura Dawn Shupp. Patricia has a son, Jason Lyons, who is deceased but had a son and a daughter, Crystal, who has three children. Billy died at 22 years of age and left a daughter, April Dawn, who has two sons.

The next son, Otis Martin Hare, was born in 1934 in the Holt, Fla., area. Following high school, he attended Florida State University and earned a degree in business administration. He became skilled in computer operations and was sent along with two other employees by Georgia Power to New York for specialized computer training. Thus, he had a successful career in computer operations and design in the Atlanta area. Otis chose to remain single, and when he retired, he returned to his family home in Blountstown.

The youngest child, Wilbur Earl, was born in the Milton, Fla., area while the family resided in Holt. The family moved to Blountstown, Fla., in 1951 before he finished high school, so he was graduated there. He attended Florida State University and was awarded a degree in accounting. He pursued a career in the transportation industry and worked up to being Regional Administrator for Region Six, which included several states, of the Federal Regional Transportation Administration (RTA). He previously worked in Atlanta and earned a master’s in business administration (MBA) from Georgia State College (now University).

Wilbur Hare was married in 1963 to Elizabeth “Betty” Whitehurst who was born in Boston, but lived with family in Orlando until she and her mother moved to Lexington, Va. Elizabeth earned a degree in international relations from Florida State University and completed additional post graduate work in that field at Emory University and University of Maryland. The couple met at a boarding house in Atlanta where Wilbur was living with his brother, Otis. They resided there from 1963 to 1967 and then moved to Maryland where they lived until 1983. At that time, they moved to Arlington, Tex., where their current home is. Following a stroke a few years earlier, Wilbur now resides in a private assisted living home which provides the physical care he requires.

Wilbur and Elizabeth are the parents of three children: Mark Clement, b. 1965, m. Justine Helm; Wilbur Scott, b. 1966, m. Carolina Gonzalez; and Karen McMaster, b. 1971. Mark Clement and Justine Hare have two sons: Caden David, b. 2006; and Cooper Dylan, b. 2008. They currently reside in Arlington near his parents. Wilbur Scott and Carolina Hare have three children: Sean Matthew, b. 1995; Colin Thomas, b. 1997; and Lauren Veronica, b. 1999. They reside in California with plans to retire to Texas. Karen Hare, single, also resides near the parents in Arlington.