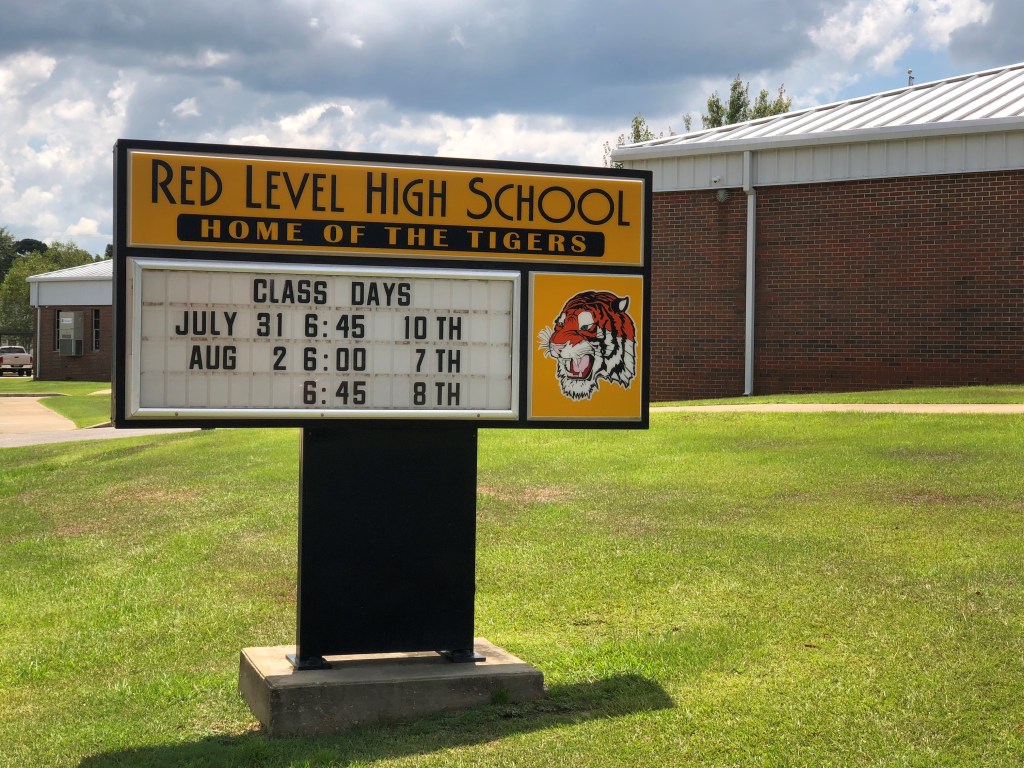 Red Level High School and Red Level Elementary School will be combining in the coming year, according to Covington County superintendent Shannon Driver.

“We are basically reconsolidating them back into Red Level Schools,” Driver said. “That is what it had been since the late 1800s. We split around 2009 or 2011, but we felt like the better arrangement for Red Level would be back to the K-12.”

Driver said Red Level administration and the county board of education had been talking about the reconsolidation for the past year.

“I met with the staff a week before spring break and let them know,” Driver said. “There will be some different roles, but everybody is staying on and there won’t be any major changes.”

Randy McGlaun will now take over as principal of both schools.

“There will be a reduction in one principal,” Driver said. “Mr. Pace has stepped down from his role there as part of this transition. We hate to lose him, but that was part of what we had to do there. We think this will be a better arrangement for Red Level. They are all on the same campus and it will be better to put them back where they traditionally have been.”

With the reconsolidation, that means there will now be two schools that are K-12 in Covington County, Pleasant Home and Red Level.

“They were the two K-12 schools back in the day for so long anyway,” Driver said. “We look forward to it. We know there will be some transitioning, but we are excited. Everything will stay the same and that is one good thing about this is a lot of it is more on paper. They will be in the same location and everything.”

The board of education also approved for the Red Level Elementary building to be reroofed at a base bid of $519K.

“That will put all of Red Level under a metal roof,” Driver said. “Right now we still have some flat roofs so we will be eliminating those and replacing them with new metal roofs. With the reroofing, it feels like everything is coming together.”

Driver hopes that the reconsolidation will take place in the summer of 2021.