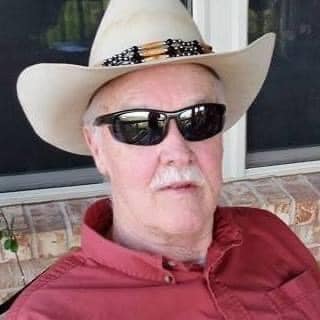 The family of Billy Joe Jordan wants him to be remembered as the stubborn, kind and generous man that they said he was.

“If I’m talking candidly, he is one of the most stubborn and hard-headed men you have ever met in your entire life,” daughter Tish Nix said. “But he was one of the kindest and generous people you would ever meet. For my entire life as long as I can remember, our doors were never locked. Anybody could come anytime, no questions asked. He would offer to put you up, offer you money and let you stay as long as you needed to. He would give you the shirt off of his back. He was a man of his word and was extremely independent.”

Three and a half years ago, Jordan had a stroke, which affected the portion of his brain that controlled language.

“He was still able to get around physically and things like that, but he fumbled for words,” Nix said. “My dad was extremely well-read. Probably one of the smartest men you will ever meet and absolutely loved literature. He certainly had his opinions and to not be able to converse and talk about his ideas and opinions, that was very frustrating for him.”

Nix said through Jordan’s wife they became masters of charades and she was able to interpret for Jordan.

“Dad would fumble around for a word and she would look at him and would have to interpret things for him,” Nix said. “So he got a little frustrated. I feel like we almost lost him three and a half years ago, when the stroke happened. He came back and as long as he was able to feel independent, he was OK.”

After the stroke, Nix said her father’s independence was still being able to go on drives in his pickup truck.

“As long as the doctor said he could still drive, he was OK,” Nix said. “So, he would get in the pickup truck and travel the entire county. He grew up here and he knows every single back road. He would make the rounds to every single cemetery where we would go back generations and generations. Family was extremely important to him. I think the thing he was most proud of was his three children and six grandchildren.”

The Covington County Sheriff’s Office notified the Andalusia Police Department at approximately 11 p.m. on Saturday, April 3, that the body of Jordan was discovered by individuals riding four-wheelers on private hunting land south of Opp. Jordan had been missing since Wednesday, March 31.

Though his death was out of the blue, Nix said he would have wanted to go exactly as he had.

“We all kind of feel like it was the icing on the cake because we almost lost him already and we were living on borrowed time,” Nix said. “We think the one thing that is giving a lot of us peace, is that our daddy was doing exactly what he wanted to be doing. He was being independent. He wanted it done his way and he wanted it done on his terms. He died in the county that he loves, visiting the family that he loves.”

Nix said it wasn’t until later in his life that he was able to open up, but that is what she is going to miss the most about her father.

“He was not the kind of person to open up,” Nix said. “But when he did, it was very sweet and sincere. He felt like the sun rose and set on me and like I could do no wrong. I’m going to miss those gentle and tender moments when we would talk. I think towards the very end, I was able to see another side of my daddy than when I was growing up. He is very old school and thought that the father was more of the provider and the mother should raise the kids. He didn’t have much of a relationship with his parents, so my dad never saw the responsibility of raising the kids, but since the stroke, we have definitely had more talks and spent more times connecting.”

The main thing Nix wants to get across to people is her father’s life philosophy.

“The best way to summarize my daddy’s life philosophy was that he believed in an honest day’s work and a fair wage,” Nix said. “That no one owes you a dang thing so if you want it, you have to work for it. He worked his butt off to provide for his family and considered it his primary responsibility to do so. He believed in helping others to help themselves. I’m going to miss him so much.”