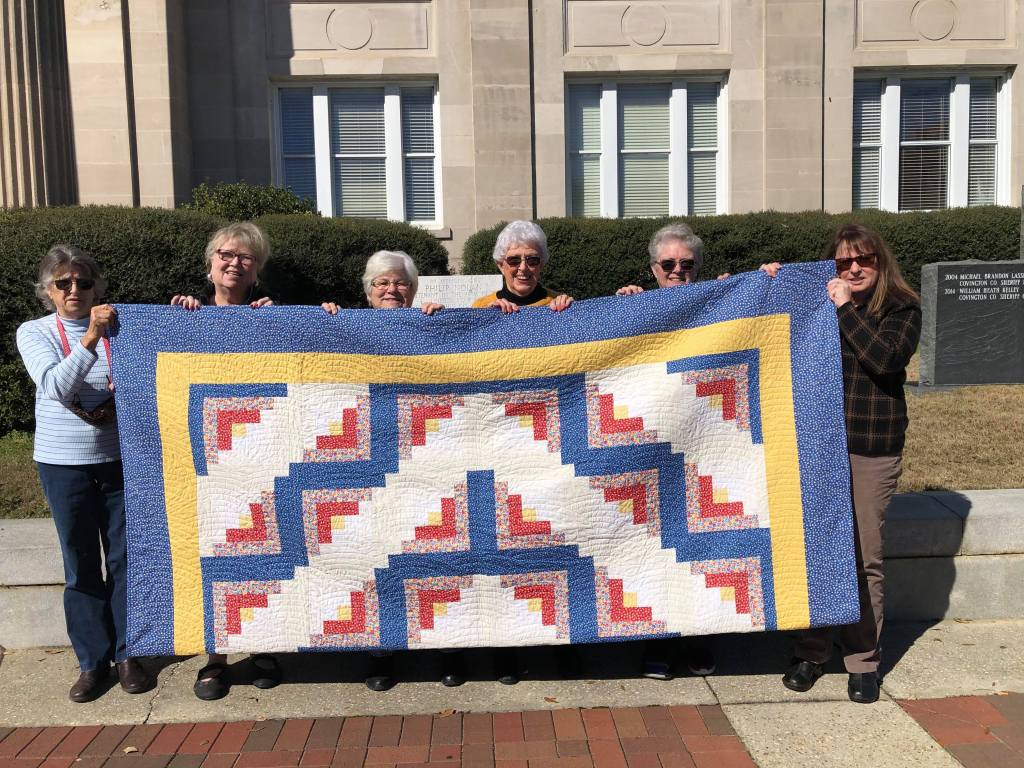 Members of the Covington County Quilt Guild gathered in front of the Court House on 20 February for the King size quilt drawing but since all of their names were in the drawing, they had to find someone else to do the drawing.  Trying to flag someone down was useless so President Teresa Nelson took the box of ticket stubs to a young woman getting out of her car in front of Walker Business Machines, Ashely Palmer drew the winning ticket for Pat Lochner of Lillian, Alabama.

Every two years or so the guild has a quilt show and they make a quilt to donate money to a local charity.  This year there are two recipients, Cancer Freeze and Blue Lake Methodist Camp.  The Log Cabin squares were made by Sharon Hopkins, Eunice Rowell, and Jennifer Dinwiddie.  Eunice also assembled the squares into the quilt top.  The “Baptist Fan” quilting was completed and donated by another member, Peggy Day of the Oh Sew Pretty quilt shop in Opp.  Jane Barber then attached the binding around the quilt.

The guild would like to thank all of the friends, family members, and strangers who purchased tickets or donated money for these two special causes.  This year’s quilt show was to be held on the 19th and 20th of February, but because of the COVID virus we have postponed it indefinitely.

If anyone is interested in joining the guild, they meet the second Tuesday of the month in the First United Methodist Church Fellowship Hall in Andalusia at 6pm.