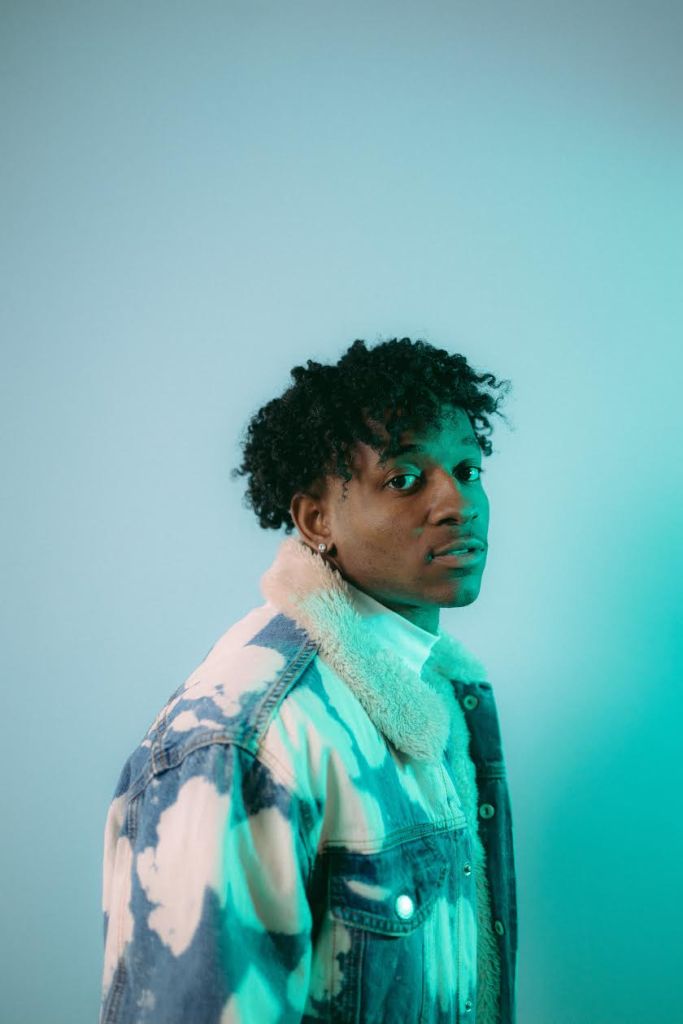 Opp native Mooski credits God for his recent blow-up on the music scene with his Gold record “Trackstar.”

During his childhood, Mooski remembers his family struggling to make ends meet, but always making it to Church on Sundays, which is where music found him.

“When I was little, my dad worked at Opp Mizell Memorial Hospital as a janitor,” Mooski said. “When I was about 10 or 11, he was diagnosed with heart disease and wasn’t able to work anymore so my mom worked extra hard to provide for me and my three siblings. It made things really hard. She was working at American Apparel, so she had a good little job. We were in church really heavy during my childhood, so I grew up on gospel rap. At first, I started making gospel rap at 13, then the older I got I started getting into hip-hop and I started to cross over. When I was in the Marine Corps, that is when I actually started singing and going to the professional studios.”

After graduating Opp High School in 2015, Mooski decided to join the Marine Corp., making it the center of his life for four years.

“I felt like the Marines would be the best fit for me,” Mooski said. “I wanted to challenge myself and I liked everything that the Marine Corp., stood for. I liked the fact that it was the smallest branch and everybody was scared of that. I remember going around and telling people that I was joining the Marine Corp., and always said that I wasn’t going to make it. I did my four years and then decided to get out to pursue music. While I was in the Marine Corp., I made it my primary focus. I had a mission to train the ones under me so that they could take my place and while I was in, and I did just that. I felt like I was complete after that. Music had to be secondary while I was in the Marine Corps because I had a mission. The closer that I got to getting out of the military, the more I fell in love with music.”

After getting out of the military, Mooski worked at Allie University with Lockheed and Martin in private security before taking the leap of faith into pursuing music full-time.

“I worked from November until July of last year with them,” Mooski said. “When I decided to leave my job and pursue music, I knew that I wasn’t going to be making money off of my music. I just decided to take a leap of faith. I believed and God looked out for me. I truly know that this is what I am here to do.”

One day last year while on the way back home from working a 12-hour shift, Mooski came across an instrumental track that would change his life as he knew it.

“Whenever I wasn’t working, I was always listening to music,” Mooski said. “Every break I get I am writing. So, on the way back home, I was listening to an instrumental track and I immediately started to vibe with it. I didn’t write anything down, but I recorded everything on Snap Chat so I couldn’t forget what I was singing. I had a studio set up in my house, so when I got home I recorded everything and that I how I wrote the song.”

At the time, Mooski said he knew that he had written one of the best songs he had written in a long time, but he said he did not expect the amount of success he has had.

“That was in February of 2020. I didn’t release the song until June of 2020,” Mooski said. “I liked the song, but it wasn’t the one that I wanted to drop. My close friends that I treat as family, Quantavious Stoudemire ‘Stunna’ and Kino Franklin ‘UnderGod Gwala’ were the ones that told me that I needed to drop it. They told me what ‘Trackstar’ would do. I still didn’t like where the song was at. So, I went to Xai ‘DropGod’ from Jacksonville, Ala., and he mixed it. We dropped the song after that and every single day the song kept going up by so much.” 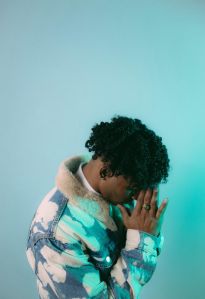 Now checking the analytics after dropping the song, Mooski realized just how much “Trackstar” was blowing up.

“It was going crazy as the days went on,” Mooski said. “Within six months, we hit a million. Within that same month, we hit another million. That is when the song started going up by millions. I was negotiating with several different labels in November of last year. I ended up making my decision to sign with Capitol Records this year. Before then, we had 15 million streams across all listening platforms. That is independent. No help. It was just God’s movement. We didn’t do anything to get here. God took us here.”

He is also ranked 3 on the Emerging Artists Billboard chart and 90 on List of Artists on Billboard.

“It feels amazing,” Mooski said. “Because these are the biggest music charts. It’s not just Hip-Hop; I am competing on the same charts as Taylor Swift and Morgan Wallen. That’s what makes it so crazy. I got to meet Drake, Chris Brown and French Montana. All of the people that I listened to as a kid are now telling me that I am the star. It is amazing and a blessing. I thank God for this gift because it has opened the door for me to do so much for my city and people.”

With the song blowing up so quickly and Mooski getting so much recognition, he said it was a lot of pressure.

“I knew that I was on the way and I knew that I had to make it,” Mooski said. “I have people that are depending on this. I have people that need me to do this, but when I got there, it was like I was supposed to be there. I am just so glad that God was able to trust me with this because there is so much that I want to do for my city. With my getting here, it has opened the door and now I am willing to be able to make so many changes and create a movement.”

In the works for Mooski now is a “Trackstar” remix, as well as a project titled “Melodic Therapy for the Broken.”

“Trackstar” is available on all listening platforms, as well as the official music video on Youtube.