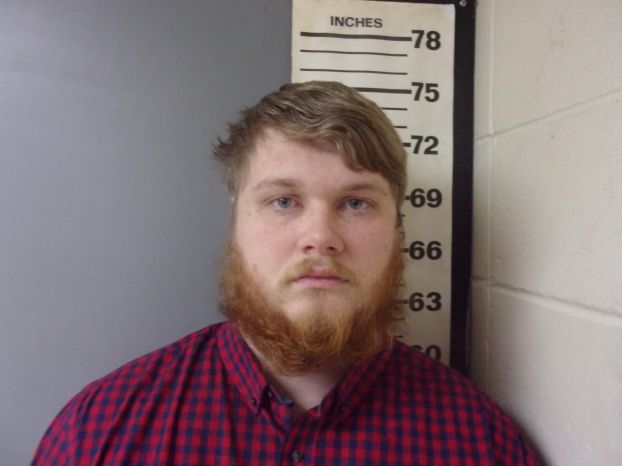 Lance Chandler Hundley, 22, of Andalusia, pleaded guilty last week to five counts of Possession of Obscene Matter before Circuit Judge Charles “Lex” Short. Hundley was sentenced to ten years on each of the first four counts, and to five years on the remaining count. The sentences were ordered such that Hundley will ultimately serve a fifteen year sentence without any deduction for “good time.” “Simply put, our expectation is that he will serve a minimum of about 12.5 years before he is considered for release,” noted District Attorney Walt Merrell.
Assistant District Attorney Nikki Stephens prosecuted the case for the State. “Mr. Hundley made some horrible choices in deciding to download child pornography, and those choices come with consequences. Although the children in these images may not be local to Andalusia or Covington County, they are still someone’s daughter or son, someone’s brother or sister, and these images live on the internet forever, victimizing the child over and over again with every download,” Stephens remarked.
Hundley was arrested after the Covington County Sheriff’s Office received a tip from the State Bureau of Investigation (SBI) about accounts registered to Hundley having downloaded child pornography. SBI was notified about the downloads by the popular cloud-based storage provider, Dropbox. At the time the files were saved to Dropbox, the images had already been identified as child pornography by the National Center for Missing and Exploited Children (NCMEC). Evidence revealed Hundley downloaded videos and images using his cell phone, and stored many of those files in his Dropbox account. Sheriff’s Office Investigator Beth Johnson worked the case and executed search warrants on Hundley’s Dropbox account and his cell phone. Johnson recovered numerous pieces of evidence. Further, Hundley admitted he had been downloading videos and images containing child pornography for some time.
Merrell added, “The images involved here are sickening, and Mr. Hundley is where he needs to be. It is generally our experience that individuals tire of simply watching child pornography and their behavior then escalates to acting out what they’ve seen in images. Perhaps, Mr. Hundley learns his lesson and his behavior is curtailed before this problem worsens.”
Hundley had no prior arrest record and, therefore, Alabama’s Habitual Felony Offender Act does not apply. The maximum sentence for each count is ten years. Hundley has applied for probation and Judge Short has set the matter for hearing on May 11, 2021. The State will oppose probation, to include any split sentence.
Stephens wished to express her thanks to Investigator Johnson and the Covington County Sheriff’s Office. Stephens added, “I’m grateful we have agencies like NCMEC that work to identify these children and intercept these illegal downloads, so that our local law enforcement can go build a case for successful prosecution. Fantastic job to all involved.”
You Might Like