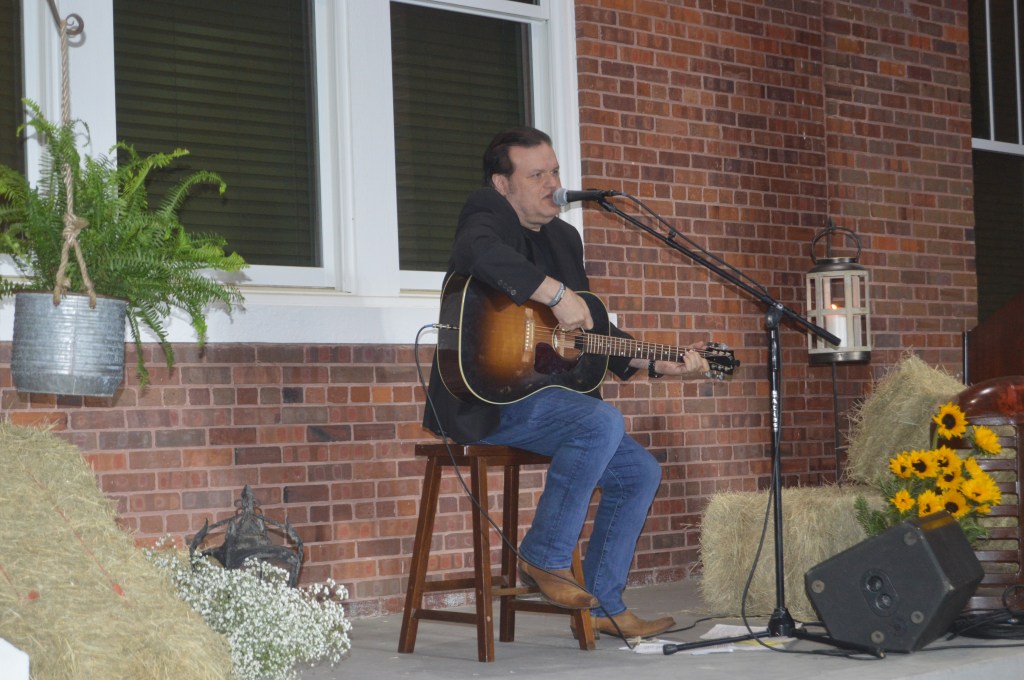 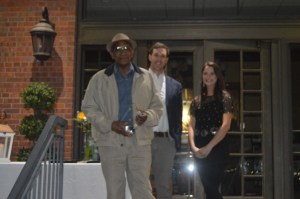 Brook’s Shoe Shop received a standing ovation after being awarded the Small Business of the Year Award Thusrday night.

In 1951, Hilary Trawick was hired on the square to work as a shoeshine boy by Mr. Pete Brooks (founder of Brook’s Shoe Shop). He worked his way up to being the first African American to own a business on the Square. Trawick bought the shop from Brooks in 1974. He has been working at the shoe shop for 70 years and has owned the shop for 47 years.

Trawick is not only known for his low prices and his handiwork with shoes, but also for being an honest and nice man.

“I keep people coming in the door because I try to be nice and honest to everyone that comes in,” Trawick said, “If you treat people right they will always come back.”

Mr. Trawick has also had some help running the store over the years from his wife, Mrs. Betty Trawick. 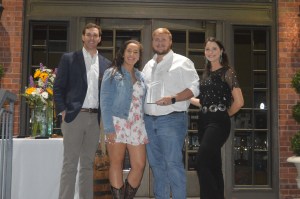 Big Mikes was awarded Mid-Size Business of the Year award on Thursday night.

Big Mike’s Steakhouse is the vision of three friends, Mike Cole, Scott Powell, and Caine Conway. Big Mike is an experienced Chef and Restaurant Manager with ten years of steakhouse experience who had a vision for opening steakhouses in rural towns to provide a quality alternative for people who were tired of having to drive hours to get to the big city to enjoy a great steak.

While attending the University of West Alabama, Patrick Kirkland was working at a steakhouse where he met and worked alongside Big Mike. During this time, Mike taught Patrick how to grill. When the Thomasville location opened, and the weekends got increasingly busier, Mike reached out to Patrick to fill in for a weekend or two. Thankfully the weekends never slowed and it turned into a full time position. Patrick’s now wife, Kea was also working at the steakhouse and when the opportunity arose for a second location, Patrick and Kea were offered the chance to partner with Mike, Scott and Caine.

Big Mike’s Andalusia opened its doors in November 2016 and continues to be a wonderful addition to downtown Andalusia. 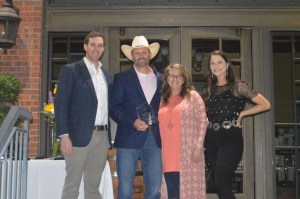 Andalusia Manor was their father’s vision, and one they begged their mother to keep for them when Dale Sasser passed away in 1991, just 18 months after the Manor opened its doors.

SalLee’s first job at the nursing home was filing papers in the office when she was 12. She has worked as an administrative assistant, an activities assistant, employee relations—she has worked in every capacity except as a licensed nurse. She is now the Director of Operations for Sasser Enterprises, which includes Savannah Terrace Assisted Living located next door to Andalusia Manor and Southland Nursing Home in Marion, Alabama.

Stallion’s first job was working in the yard at 8 years old. At the age of 14, and without his mother’s knowledge, he applied for a summer job in the Maintenance Department at Andalusia Health Care. That summer the Brantley native lived in Andalusia with SalLee and worked. He has also worked as an administrative assistant and in human resources. Now, Stallion is the Assistant Administrator at Andalusia Manor. 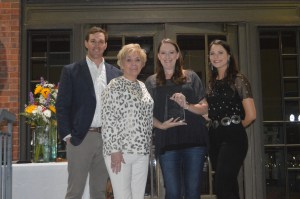 Meredith’s Miracles is a non-profit organization specializing in assisting families in 27 counties in Alabama with travel expenses during medical emergencies. Meredith’s Miracles exists to bring awareness of childhood medical issues and to assist families with the non-medical expenses that can accrue when a child needs medical services.

Meredith’s Miracles is named after Meredith Elizabeth McGlamory, the daughter of Janna Marsh and Russell McGlamory, who lost her battle with cancer in September 2003. Meredith’s family was so touched by the help and love they received from their community, they want to make sure other families receive the same support should the need arise. 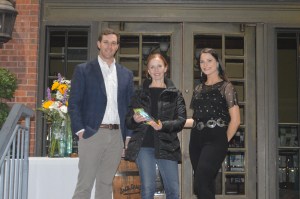 Ms. Murphy holds a B.A. in Dance from Birmingham Southern where she studied with Mira Popovich and continued her education with extensive graduate work in dance at New York University. Moving to Andalusia in the late 70’s with her husband Mark, Ms. Murphy began teaching in the front room of their historic home on East Three Notch and founded the Andalusia Ballet Association, Inc. in 1982.

Through the years and several moves, the school, company and association has grown to become one of the most respected dance schools and organizations in Alabama. Most recently, Ms. Murphy spearheaded the partnership with the City of Andalusia to renovate the former Church Street School as a center for the arts and home for Andalusia Ballet. 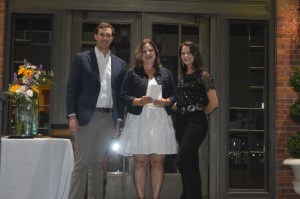 Shanna Davis received Teacher of the Year on Thursday night.

Mrs. Davis has been a teacher for 10 years, having spent the past eight years with the Andalusia City School System. She is a fifth-grade math and science teacher at Andalusia Elementary School. A native of Andalusia, she graduated from Straughn High School. She earned her teaching degree while living in Alaska where she was performing missionary work. After teaching first grade there for one year, she returned to Andalusia and taught one year at Guardian Angels school. Over the years, she has taught third, sixth and fifth grades at AES.

“I became a teacher because I wanted to make a difference and to help students gain a love for learning,” Davis said. “I want my students to enjoy coming to school. I was always the quiet student who didn’t get a lot of attention and I want to make sure every student feels important. I want them to know they loved and that the classroom is a welcoming and safe place for them.”

Davis is married to Merrill Davis, and they recently celebrated their 22nd anniversary. They have two sons, Corban, a student at Andalusia High School, and Collin, a sophomore at AHS.

These teachers were also nominated: 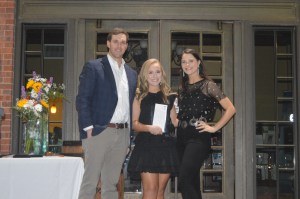 Rosemary Bass, a senior at Andalusia High School, is being recognized as the Andalusia Area Chamber of Commerce’s Student of the Year. With a grade point average of 4.5, Bass will be among the Top 10 percent of her class when she graduates later this year. She looks forward to attending the University of Alabama in the fall where she will pursue a degree in Nursing.

Along with excelling in her academic classes, Bass also stays busy with numerous extracurricular and off-campus activities. During the fall she served as color guard captain for the AHS “A Sound Tradition Marching Band.” She is also president of the Peer Helper group, which is a club that provides support and assistance to classmates who may need it. She serves as the senior class treasurer and is vice-president of the Student Government Association. Bass was also recognized as a member of the homecoming court her junior and senior years. Bass is also involved in the community as a City of Andalusia Ambassador where she volunteers to work at city events, such as parades and the annual chamber banquet. One of her greatest passions is serving as a junior director for Meredith’s Miracles.

When she’s not at school, studying, or volunteering, Bass works at Town and Country Boutique and enjoys playing the guitar and singing with her dad. She is a member of the First Baptist Church of Andalusia. Bass said she has a deep love for the Andalusia community, which makes being named Student of the Year even more special. Rosemary is the daughter of Tripp and Regina Bass and she has two older sisters, Courtney Patterson and Clara Mellown.

Here are the rest of the students nominated for the award: