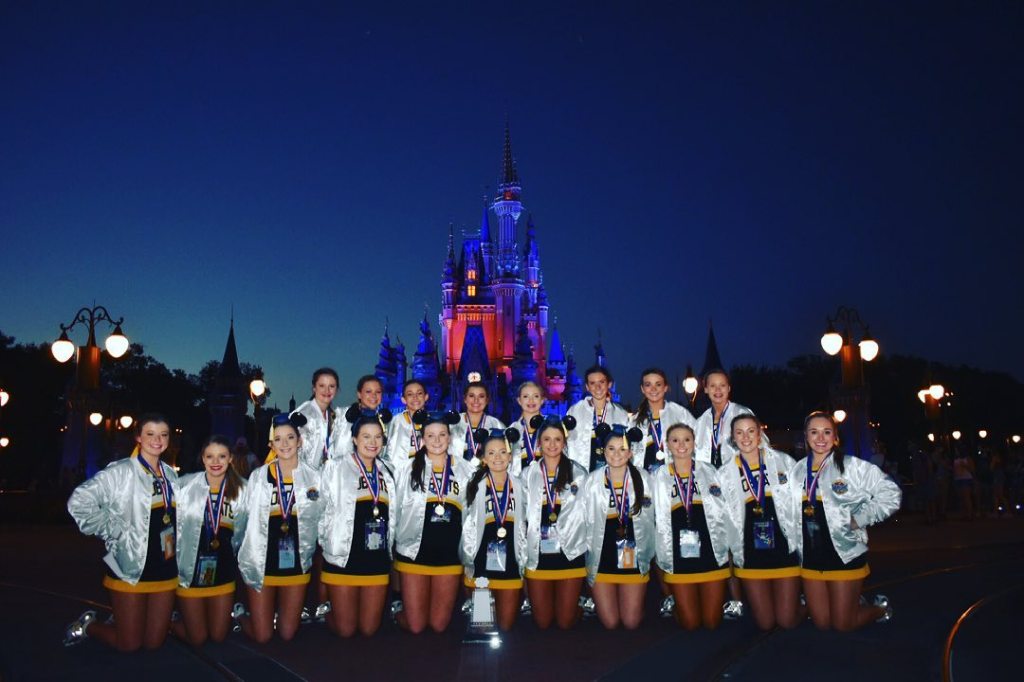 OHS cheer coach Lorrie Harrison said it meant the world for the girls to win this year because their motto this whole year has been “Unfinished Business.”

“We actually switched divisions this year,” Harrison said. “Last year, we were medium varsity division – non-tumbling, and this year we were medium varsity division two – tumbling. This is our second year of winning game day, but last year, we were so close to winning traditional that I think the girls were really hungry. This year, we actually had a fall at state during our routine and lost. Our routine was very difficult and cheerleading judging is subjective and you only get one try and it is what it is. We had to move on and put that in the past. At the very beginning of the season, their title was ‘unfinished business,’ and they kept reminding themselves of it. I definitely believe that they were not finished.”

Throughout the year, Harrison said the girls practiced nonstop.

“After the restrictions were lifted from COVID, we practiced every day at 5:30 p.m.,” Harrison said. “Since the state competition, we went straight into preparing three different routines and preparing for the tumbling routine. For Game Day, it was straight tumbling, so we prepared for that routine all year long. It was just a lot of practice day in and day out.”

Harrison said she couldn’t think of a better group to represent the City of Opp.

“I have had so many former principals, administration and faculty text me and congratulate me about how well the girls have done,” Harrison said. “And it’s not only just how well they did, but just their character and their behavior. They are so well-rounded. They truly love their Bobcats. Not only during competition season but outside of competition season. While at practice, our baseball team made it to the second round of playoffs and they were constantly asking me if we could make a video congratulating them. They love Opp and they really love our sports, it doesn’t matter which ones. It is exciting to know that they are not concerned with what they are doing, but they are concerned about all of the athletic programs at Opp High School.”

This is the second year in a row that Opp High School has won the Game Day category and the first time they have won the Traditional category.

Below is the entire cheer squad, including cheer sponsors: