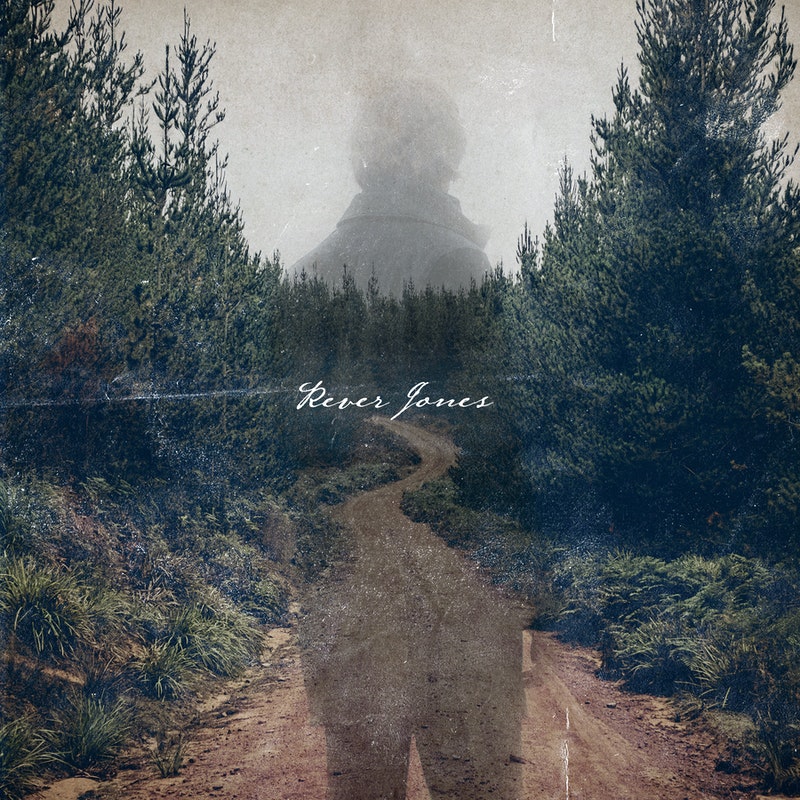 In the deep abyss of the COVID-19 quarantine, Straughn High School alumnus Malcolm Perrin made a realization that music is what is wanted to do with his life.

Perrin worked all of last year on an EP that will debut this weekend called Unknown Spaces.

“During COVID last year, I lost both of my jobs within the same day,” Perrin said. “It made me realize just how volatile the whole system is. If they can just flip a switch and turn it all off, then I want to be in a place where if they turn it off again, I will be doing music, rather than just punching a clock at a regular job.”

Last July, Perrin started the writing process for the lyrics of all of the songs on the EP.

“It has been a process that has just ended in April,” Perrin said. “With everything going on last year, it kind of snapped me into the mode of doing what I want to do. After going to school at the University of Alabama, I really wanted to delve into lyric writing, but I never got the time to do it. So, I got into that first and then I also picked up playing the guitar during quarantine.”

Before quarantine, Perrin had never picked up a guitar before but said he was excited to see what musical knowledge he could transfer to the instrument.

“It was really a growing process of seeing if what I know musically from drums and piano could transfer over and I could write songs,” Perrin said. “It has been a learning experience the entire way.”

After completing all of the lyrics and songs, Perrin made his way to Dothan to record with Bryan Meadows.

“While I was there, I asked Bryan if he could teach me what he does,” Perrin said. “He does sound engineering for a living and has worked with quite a few bands that have hit top charts. So, I got to learn what goes into the whole recording process. This was really my first experience writing music top to bottom. Now I’m learning what it takes to actually release.”

Perrin said the people that helped with the recording process turned into a tight-knit group.

“I actually let one of my buddies play drums on it, but I wrote most of the music except for lead guitar because I’m still learning,” Perrin said. “We really wrote them all together as a unit. It really was a tight-knit little group. They helped me a lot with their experience.”

Perrin got his start in music while waiting for his older sister at band practice at SHS and singing at Christ the King Catholic Church with his mother, Cindy Perrin.

“I started playing drums when I was about six or seven years old,” Perrin said. “I am the youngest in my family. So, when my sisters were in band, they were my ride home so I started sitting and watching the drumline. I did that until Sean Hammonds started let me be a part of it even as a kid. That is what got my start in music along with my mom who was a choir director for more than 20 years. She is the one that got me to start singing and helped me learn piano and music altogether.”

After graduating from SHS in 2010, Perrin moved to St. Augustine, Fla., to further his music career.

“That was my first time out and I got to meet a lot of really cool people,” Perrin said. “I was actually in an original band called ‘The Forward Letter,’ and that is what taught me the ropes of what goes into being on the professional musician circuit.”

When Perrin returned to Andalusia, he performed with the LBW Community College Ensemble. 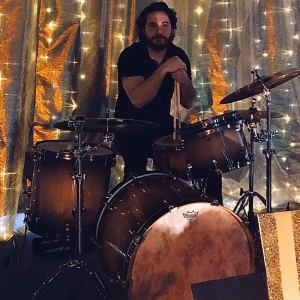 “I learned a heck of a lot more from Johnny Brewer,” Perrin said. “I am still friends with him to this day. I still call him from time to time for help on some music I’m writing.”

Once out of LBW, Perrin jumped into a much larger musical pond at the University of Alabama.

“There was just talent everywhere,” Perrin said. “I got accustomed to playing with 1,000 people who were all on my playing level. It taught me that the world of music is actually a lot bigger than I imagined. I got spoiled with a lot of good teachers all throughout my music career. From Sean Hammonds to Johnny Brewer all the way to Dr. Tim Feeney and Aaron Levi at the University of Alabama. That has been my luck of the draw. I have had great teachers who have helped me out the entire journey. They haven’t let me drop music altogether.”

While playing drums as a young kid, Perrin said he looked up to several jazz greats and now has gotten into bigger names such as Steve Gadd and Aaron Spears.

“I looked up to a lot of the jazz greats like Vinnie Calautti, who played with Sting and Frank Zappa,” Perrin said. “Moving on I looked up to Steve Gadd who had the groove rhythm I was looking for. Now, I look at a lot of the modern people like Aaron Spears. I got into his gospel drumming in the mid-2000s and he was the drummer for Usher. It has grown following those videos and through YouTube, I was able to get exposed to the world of music and how broad it is.”

The main thing that Perrin wants people to get from his debut EP is a good story.

“I just want it to be a good story for people,” Perrin said. “I want people to be able to hear the story behind it and have fun. It starts really upbeat and then it ends on a little bit of a darker note. I’m trying to get the story across by the folk style that I wrote it. That’s basically how music was transferred over. Folk artists would just talk about what life was like in different parts of the world, especially the South and the Mississippi Delta, which is where American folk was born. I just wanted to tap into what those early artists did.”

Perrin’s artist name, Rever Jones, is based on a street in Dothan where construction workers would take their lunch break and drive down the dirt road to take in the scenes.

“It mainly stood out to me not just because of the story behind it, but because it’s not specific to one place in the South,” Perrin said. “But it’s ‘southern’ in nature. So, being that my family is from Louisiana but I was raised in Alabama, the name gives me a chance to be a part of both worlds.”

Unknown Spaces drops on May 1 and will be available on all major streaming platforms. The EP is available for pre-save by clicking https://distrokid.com/hyperfollow/reverjones/unkown-spaces?fbclid=IwAR2nCOx7uOsdJzFCLqpA9L-gshNcC-HNid7lki_UlLl-iorzs0jPbXFzIz4