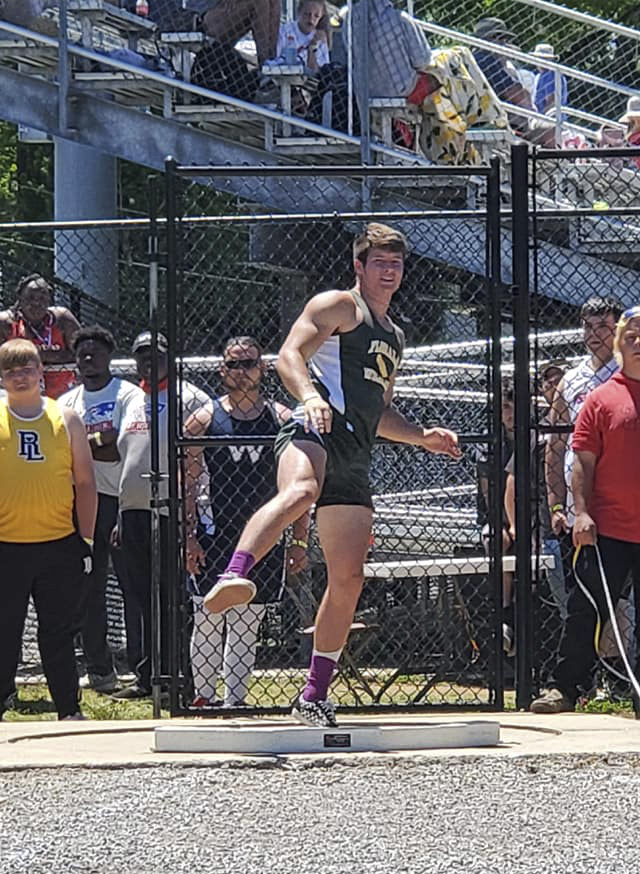 “We were just thrilled,” FHS track and field coach Joea McNeil said. “It’s just like anything else with track and field, you have to show up the day of and he did just that.”

This is the first time that Florala High School has had a State Champion in track and field since McNeil started coaching in 2008.

“It has been since before I got here I know that,” McNeil said. “The community has really been supportive. We’ve had lots of congratulations. Prior to the meet, we had several people make donations and SIB donated goodie bags for the kids. Everybody has been so supportive. We are very thankful that Superintendent Driver is so supportive of us and Mr. Whittaker is wonderful. He doesn’t want a kid to have to choose between sports and we feel like kids should have as many doors open as possible.”

McNeil said the State Meet was the cherry on top for the season.

“The kids worked so hard,” McNeil said. “For them to have finished in this manner is just amazing.”

With only five boys competing in the State Meet, McNeil said it is amazing that they finished fifth overall.

“There were more than 30 teams competing in Class 1A,” McNeil said. “We received three medals. Of course, Austin Howell in shot put and Jeremiah Chatman came in third in shot put. Zane Weeks got the silver medal for the 400 Meter Dash.”

Below are the results for Florala High School for each event:

Boys finished 5th in the state overall as a team