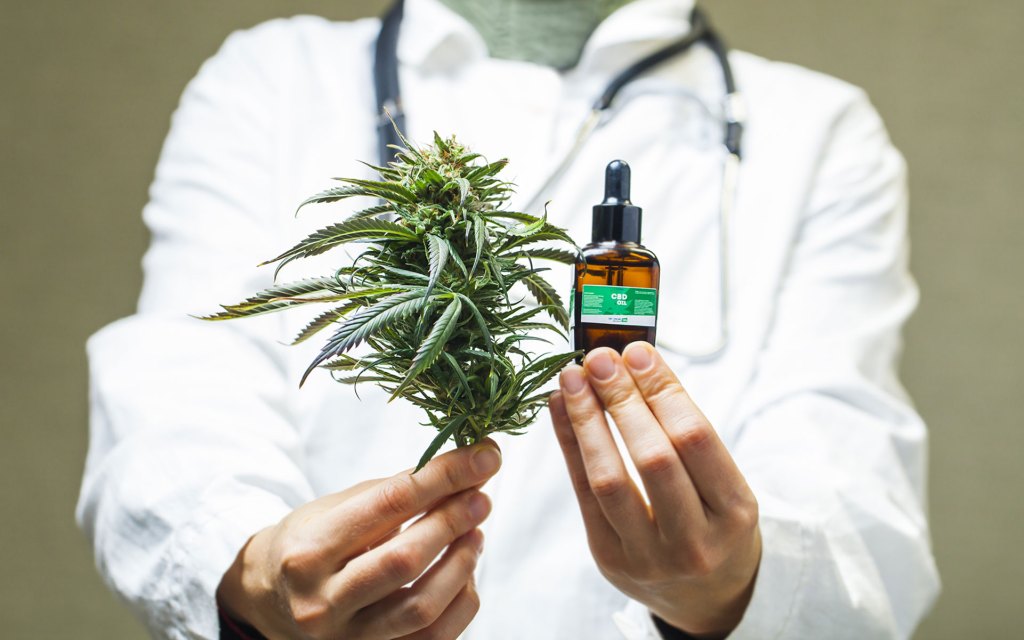 Several Republican lawmakers opened the debate on legalizing medical marijuana, Tuesday, by expressing staunch opposition to medical marijuana, saying it would move the state in the wrong direction and they were surprised it was being considered in Alabama.

The House adjourned at 11:43 p.m. on Tuesday, after debating the legislation more than nine hours.

They will return at 8 a.m. Thursday.

Those against the legalization of medical marijuana include Covington County District Attorney Walt Merrell, who was part of a group of 23 Alabama district attorneys who sent a letter to the House of Representatives expressing their opposition.

This is the letter:

We write to you today, steadfast in our solidarity and opposition to the marijuana Bill that the legislature is considering.

For too long, we have seen the first-hand effects of marijuana on society. A gateway drug, it surely is, for we have seen too many juveniles and young adults find their way into the throes of a much more serious addiction because they first were enchanted by marijuana. Marijuana is a wolf in sheep’s clothing… too many in the general public have been convinced that it is harmless. That is, perhaps, the biggest lie that is being perpetrated on the Alabama public today. Please don’t further the lie by voting for any form of legalization beyond the pharmaceutical remedies already available under state law.

Study after study has demonstrated that every medicinal property that might be contained within the cannabis plant can be extracted. That said, there is no need to ingest plant marijuana or THC extract, in any form other than what is already being produced as a pharmaceutical. In fact, Marinol, a quite successful drug that aids cancer patients in regaining their appetite, has long been made from the cannabis plant and comes in pill form. Moreover, UAB is at the forefront of pioneering an extract that has shown great progress with the treatment of pediatric epileptic seizures. Again though, the medicine has been extracted from the plant, so there is no intoxicating effect nor any harmful consequence from the use of the drug.

Respectable science is resolute… Ingesting marijuana and/or high doses of THC and then suffering the effects of its intoxicants are harmful to the human body. Quoting a thorough article written by former New York Times reporter, Alex Berenson, ” [a]fter an exhaustive review, the National Academy of Medicine found in 2017 that “cannabis use is likely to increase the risk of developing schizophrenia and other psychoses; the higher the use, the greater the risk.”” Also, that “regular cannabis use is likely to increase the risk for developing social anxiety disorder.” We understand that as presently amended, the Bill does not allow for smoking marijuana… but we know the push to smoke will come. Stem the tide now. What’s more, edible THC does not diminish the neurological consequences of prolonged consumption. This legislation moves marijuana research out of the hands of respected scientists at institutions of higher learning and into the hands of convenience store clerks and profiteers. Those profiteers will not write a check that will pay for the long-term ramifications of this Bill.

Science contradicts the myths. And, though the myths are prolific about the benefits of marijuana, the advocates for legalization spread these myths because they fit well with their agenda. We have attached the above referenced article for your review, because the author cites studies from respected medical associations from all over the world. Time and again, those studies conclude that marijuana has dangerous consequences for the user and that the “myths” used to promote legalization are, often times, readily accepted as true, even though they are outright lies. To that point, he writes, ” [e] ven cannabis advocates, like Rob Kampia, the co-founder of the Marijuana Policy Project, acknowledge that they have always viewed medical marijuana laws primarily as a way to protect recreational users.” Passing this Bill brings us one step closer to legalizing recreational marijuana in Alabama.

As to the issue of legislatively permitted marijuana use, states that long ago legalized marijuana in some form, are now consumed by it. Colorado, often heralded as the go-to example of what marijuana legalization can do, now has to reconcile its legalization with the industry’s true effect on the people… not just the economy. Also attached is a detailed article by left leaning POLITICO on how the marijuana industry is engaged in an all-out assault on the poor. Surely, we ought not allow the fox into the henhouse, all for the sake of raising revenue.

Please do not be deceived. Vote ‘no’ against any Bill that proposes to further legalize marijuana in any form. We respectfully insist.

Thank you, and with warmest personal regards, we are 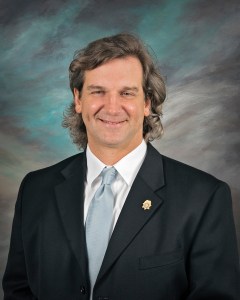 Merrell issued another statement to the Star-News on Wednesday.

“I understand how medical marijuana might help certain individuals.  Fortunately, with Leni’s law, that has been addressed. Those with legitimate medical needs can get a prescription for THC oil.  I’m also glad that UAB continues its cannabis research and trials pursuant to Carli’s law.
I understand that some folks want the law expanded to address their own personal medical issues. However, I look at marijuana from a totality of the circumstances.  I’ve prosecuted too many marijuana-impaired drivers who wrecked, some even resulted in innocent life being lost. I’ve also counseled with too many parents whose children suffer from psychological disorders that they attribute to the teen’s marijuana use.  All that is to say that THC consumption is not without dangers. It may help some, but I’ve likewise seen it bring harm to many.”

Across the country, Andalusia native Jason Sweatt sees marijuana as a tool used to benefit veterans that suffer from PTSD, chronic pain and other mental problems.

In 2011, Sweatt opened Santa Cruz Veterans Alliance where they serve more than 100 veterans by giving them free medical cannabis. 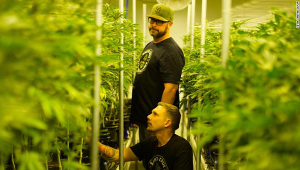 “Medical marijuana is a plant-based pharmaceutical,” Sweatt said. “It is an alternative medicine. Medical professionals have signed on to this bill and I don’t think it should a weapon for the prosecutors to decide the fate of the war on drugs or this plant. Coming from the veteran community here in Santa Cruz and doing the study with the VA and Stanford Medical School is that veterans are using medical cannabis and other things that are prescribed. I think there is research that is lacking because it is still scheduled as a schedule 1 drug under the federal government, but that is loosening up now. It’s moving along, but it’s a slow-moving wheel.”

Though he is not opposed to the bill, Sweatt said he understands the concerns and politics behind the bill.

“This is why I have made this my life mission to sway those that are concerned about it,” Sweatt said. “Because it is a plant. It comes from a seed and was put on this earth for a reason. Let’s study it. Let’s decriminalize it.”

In 2007, Sweatt was prescribed opioids and mood stabilizers by the Veterans Administration after being in the Army. Though he does not partake in recreational marijuana, Sweatt said he does benefit from taking medical marijuana as a sleep aid.

“We serve 80 to 120 veterans in our store,” Sweatt said. “We hear various different things from pain to PTSD to sleeping problems. It also breaks down the stigma with the machismo veteran attitude, as in not looking for help. It is hard to get a group of veterans in a room to discuss what they have done in the past and in the military. The biggest veteran population that we are seeing now is the Vietnam era. They are moving into the 60 and 70 age range and they are starting to deal with pains. I mean, I have a friend who is in his 70s and he has had two hip replacements and uses medical marijuana for his pain medication.”

While in California, Sweatt has been seeing an uptick in holistic medicine, which he said could be used as an alternative to common practice medicine.

“I feel like there is an alternative and nobody wants to talk about it,” Sweatt said. “It’s too common in western medical practice to just give a pill to somebody. There are other areas and paths like holistic medicine that are available. I have lived in California for 11 years and I have used holistic medicine, but that is because it is more available here. I feel like the stigma behind this plant has all been drummed up from the paranoia in the 20s and 30s that has carried over.”

Out of the 23 district attorneys, only five were from a Black Belt county.

“I have seen the letter and I find it interesting that only five were from the Black Belt County,” Sweatt said. “I have seen both sides of it. I mean, just put the bill in front of the people and let them vote on it. I voted for the use of recreational marijuana here in California and that is mostly due to the war on drugs and the people of color that have been prosecuted for this plant. I have done drug intervention work for the DEA while I was in the Bahamas for almost a year. We busted 2,000 to 3,000 pounds of cannabis coming up from Jamaica. I have been on both sides of the gun.”

One argument from those that oppose the bill is that marijuana will get into the hands of children if it is in Alabama. Sweatt believes that argument is a scare tactic.

“That is probably one of the top scare tactics that any organization that is opposed to using medicinal marijuana uses,” Sweatt said. “I have done panels in front of college universities discussing this whole topic. Marijuana is a controlled substance. Can a child go into an ABC Store and buy alcohol? No. If it comes, it comes from your parents because it isn’t locked away or something like that. I haven’t heard of anything or seen anything where I’m from of children getting regulated cannabis. I have a nine-year-old son that attends public school. I have openly discussed this with him and he has told people that I own a cannabis store and work with veterans. Education is the key. It’s one of those tough love topics too.

The bill is called the Compassion Act. It would set up a seed-to-sale program for the cultivation, processing, and sales of medical cannabis products. Doctors could recommend the products for more than a dozen symptoms and conditions, including chronic pain, nausea and weight loss from cancer and AIDS, Crohn’s, PTSD, Parkinson’s, autism, spasticity caused by certain diseases, and others.

Medical cannabis could come in tablets, capsules, gel cubes, oils, creams, suppositories, patches, and a liquid or oil for use in an inhaler. The bill would not allow the use of raw plant material or products that would be smoked or vaped.

The products would be sold by licensed dispensaries at up to 12 locations across the state initially, a number that could increase based on demand.

After Thursday, legislators have just one meeting day left in the regular session, which is limited to 30 days by the state constitution. The last day is scheduled for May 17.