LADY BULLDOGS ARE 5A AREA CHAMPS 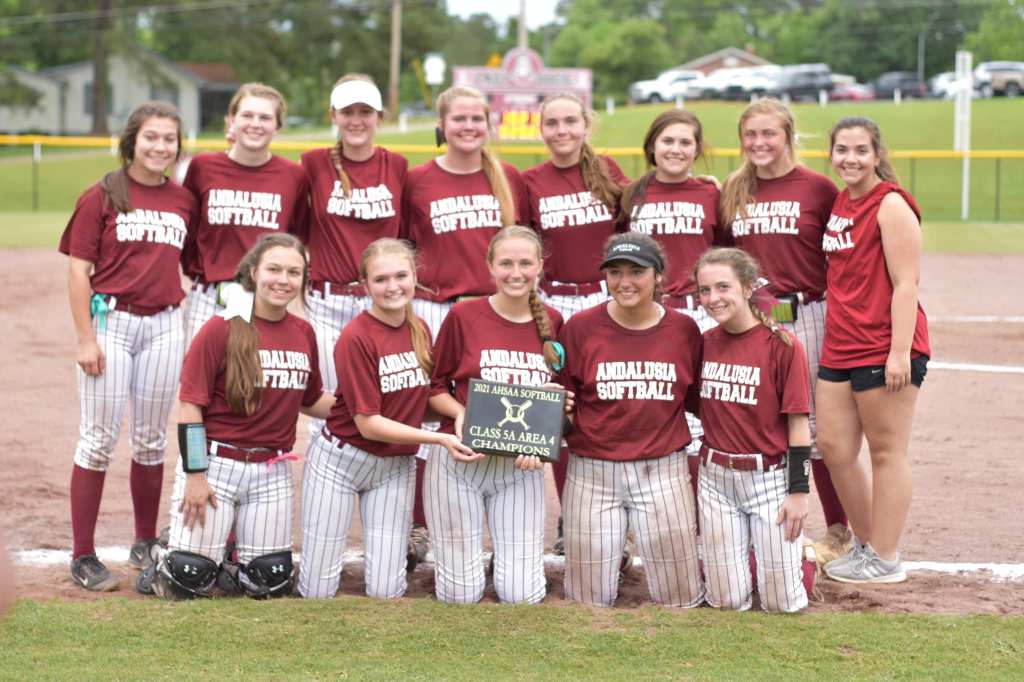 The Andalusia High School Lady Bulldog softball team took their game in dramatic walk-off fashion, thanks to a walk-off double at the end of the game to topple Charles Henderson.

The game was tied at five with Andalusia batting in the bottom of the seventh when Amanda Majors doubled on a 2-1 count, scoring one run.

Charles Henderson got on the board in the first inning when McKenzie Cain hit a solo homer.

The Lady Bulldogs evened things up at five in the bottom of the sixth inning. Olivia Mikel drove in one when Mikel singled.

Sydney Ray was in the circle for Andalusia. The pitcher went seven innings, allowing five runs on nine hits and striking out 12.

Stella Gilbreath led things off in the circle for Charles Henderson. The bulldog allowed 11 hits and six runs over six and two-thirds innings, striking out two and walking zero.

Andalusia totaled 11 hits in the game. Erin Riley, Maddie O’Connor, and Majors each had multiple hits for Andalusia. Majors, O’Connor, and Riley each collected two hits to lead AHS.