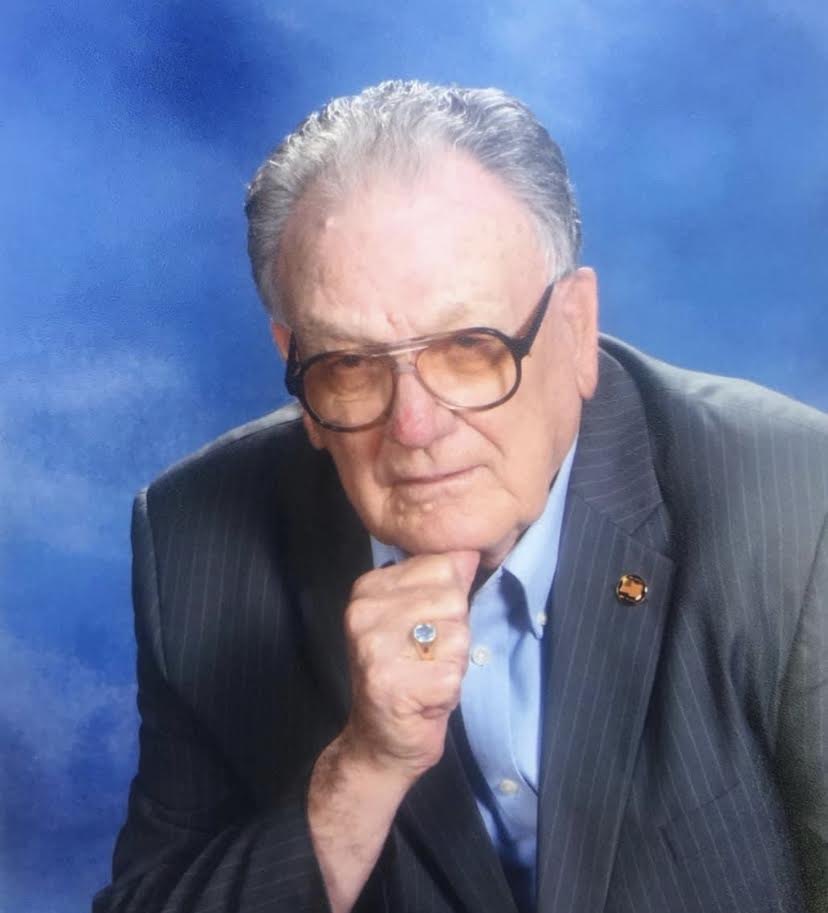 He was preceded in death by his parents, Harold Reeves and Olene Peavy Reeves; brothers, Lister Hill Reeves, T.L. Reeves, and Jerry Reeves.

Rogerl attended Pleasant Home School, until one day he and his brother threw down their cotton hoes and announced they were finished with farm life! Shortly thereafter, Rogerl’s brother joined the Army, and Rogerl, at age 15 joined the Marines. Rogerl completed his high school diploma through the Marines program.

Rogerl served four years in the Marines and received awards for excellence in Sharp Shooting.  When reminiscing about his Marines days, Rogerl was fast to flex his biceps and reveal his Marine tattoo to any possibly skeptical conversationalist.  He also delighted in proclaiming he could “kill a man with his bare hands!”.

Rogerl’s personality equipped him well for commercial sales. Early in his career, he was an insurance salesman and later spent years in the lighting accessory business, most Andalusians remember Rogerl as the local salesman for Delta Lighting.

Rogerl was a member of the First Baptist Church of Andalusia for more than 50 years, where he served on the Benevolence Committee and  Church Training Records Secretary.

During his years of sales for bulbs and lighting accessories, he often “bragged” that Bear Bryant was one of his clients and during those meetings, Rogerl taught Bear Bryant all he knew about coaching football!

Alabama football was one of Rogerl’s greatest passions. He talked Alabama football to anyone with an ear to lend or even those who may not have! For years, he volunteered with the Andalusia Youth Sports as a coach, referee, and umpire. At one time, Rogerl along with Jamie Williams, Casey Jones, and Jim Walker had a sports program on WAAO called “Rogerl’s Picks”.

He was known for a big garden every year but had downsized to a smaller one. He said the garden belonged to “him and God” and that’s where they did a lot of talking. He loved hanging out at the Farmer’s Coop and one of his greatest disappointments was when due to the pandemic the Farmer’s Coop had to restrict public traffic. He had lots of friends there, one favorite of his was, “Marshall”. Rogerl had a beautiful singing voice, he sang many church specials with Don Lingle, as well for the Sunday school classes, and was a visiting vocalist to many area churches. Rogerl will certainly be remembered as a strong and unique personality and a great encourager to young people, but folks of all ages were made to smile as Rogerl engaged in all his lighthearted and flamboyant conversations. He will be greatly missed.