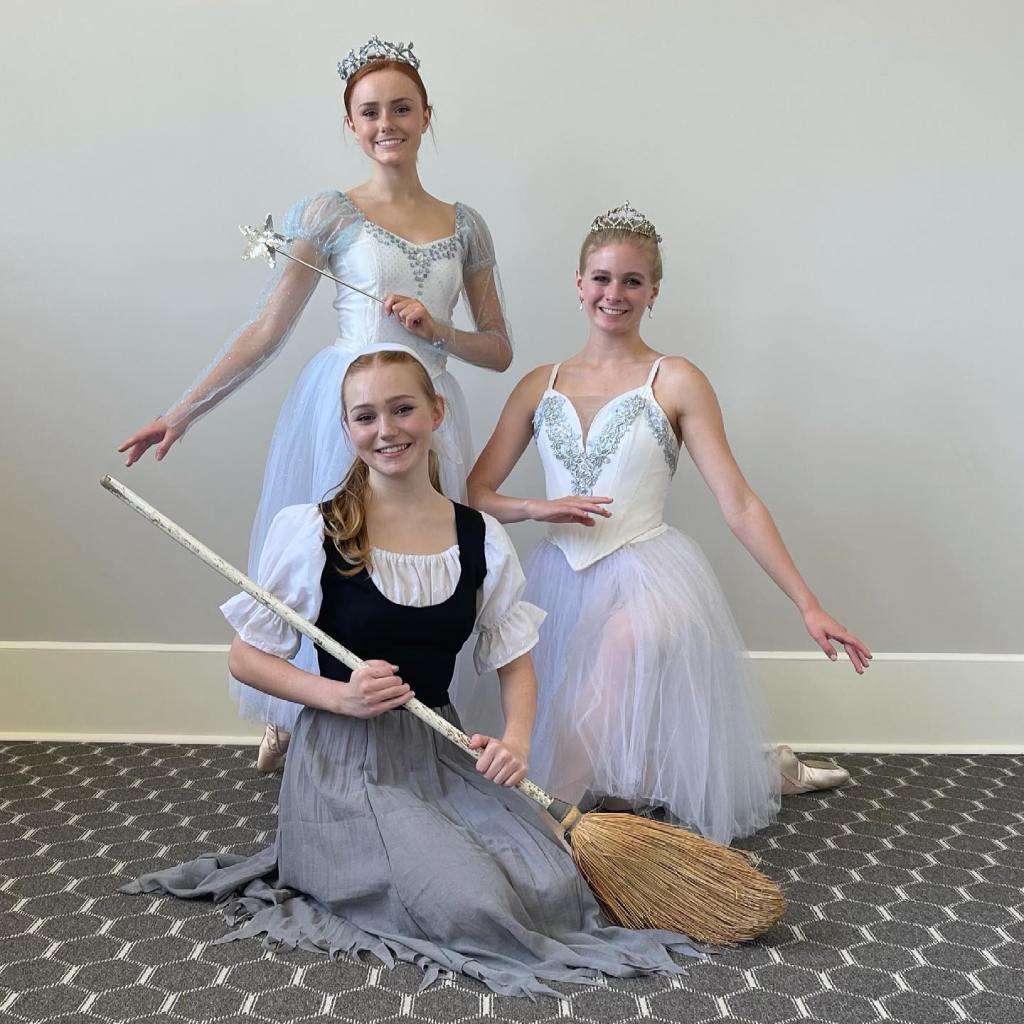 Three seniors are preparing for their last big performance with the Andalusia Ballet this weekend.

Sarah Beth Wriston, Emma Henley and Paige Landreneau all have starring roles in this weekend’s performance of Cinderella.

Wriston started dancing across the sea in Germany at seven years old before coming to Andalusia.

The home-schooled senior loves ballet because of the performing aspect.

“I just love performing,” Wriston said. “I love being on stage.”

Wriston will take the stage on portraying Cinderella and the Queen.

“This is my first real performance as an actual character,” Wriston said. “So, having to stay in character the whole time is challenging, but it is a lot of fun.”

When children come and watch the ballet this weekend, Wriston hopes they lose themselves in the show.

“I hope they get really involved in the story,” Wriston said. “One of the main things about ballet is that you can lose yourself in the story and I hope that happens with them. I want them to be truly in the moment.”

After high school, Wriston plans to join a professional dancing company. This summer she is traveling to the Oklahoma City Ballet, where she hopes to earn a spot.

Straughn High School senior, Emily Henley has been dancing with the Andalusia Ballet for 15 years.

“This is my last big performance and it is sad,” Henley said. “I’m not going to dance after high school, so it is bittersweet.”

Since Henley was three years old, she has been in the Andalusia Ballet.

“The environment, the teachers, and everyone are so kind, that is what’s special about Andalusia Ballet,” Henley said. “You always feel uplifted. I spend so much time with everyone they just feel like family.”

Henley will take the stage portraying the Fairy Godmother and a dressmaker.

“It is definitely different because now I have to act as a character,” Henley said. “But I just plan on being myself and not worrying about the nerves.”

Home-school student Paige Landreneau moved to Andalusia from Arizona 11 years ago and started dancing when she was eight years old.

“I just love performing,” Landreneau said. “It is so exciting to hear the audience react to something, whether it’s an ‘aww’ or even laughter. Engaging with the audience is one of my favorite things about ballet.”

Landreneau will portray Cinderella and a dress maker this weekend.

“It is nerve-wracking,” Landreneau said. “It is also really exciting because it is a whole new ball game with acting. You are put on the spot at any moment and that is exciting for me.”

She describes her time here at Andalusia Ballet as amazing.

“I have had so many amazing opportunities here because of this place,” Landreneau said. “I am very sad to be leaving.”

For the kids that are interested in joining the ballet, Landreneau said it is a great idea.

“There is just so much moving around and playing,” Landreneau said. “It is a great way to find yourself and not be bashful.”

After graduation, Landreneau plans on moving to New York City to dance with the American Ballet Theatre.

“They have just been really motivated all throughout the years,” Murphy said. “They have really lifted the ‘barre’ so to speak. I have had wonderful experiences through them. I will very much miss them and it has been such a joy to watch them grow into the young women that they are now. We are just so very proud.”

Wriston is the daughter of Nathan and Julie Wriston.

Cinderella has a little bit of everything, which is why Murphy encourages people to come to watch this weekend’s performance.

“There is beautiful dancing, exciting music, humor, the costumes are gorgeous and the scenery is wonderful,” Murphy said. “There are all different levels of dancing that will go on. We have these three, who we are proud of and we also have some professional dancers who are our guests, as well as the younger children who always steal our hearts during the performance. It brings another whole dimension to being in the audience.”

The performance is scheduled for Thursday, May 13 through Saturday, May 15, at 7:30 p.m., and Sunday, May 16, at 2:30 p.m., at the LBWCC Dixon Center for the Performing Arts. Tickets are $15 General Admission and are now available for purchase at Andalusia Ballet, Christopher’s Diamonds & Fine Jewelry, Harold’s Home, and online at andalusiaballet.com.