The other side of the gas story: Covington County local wants others to think before judging 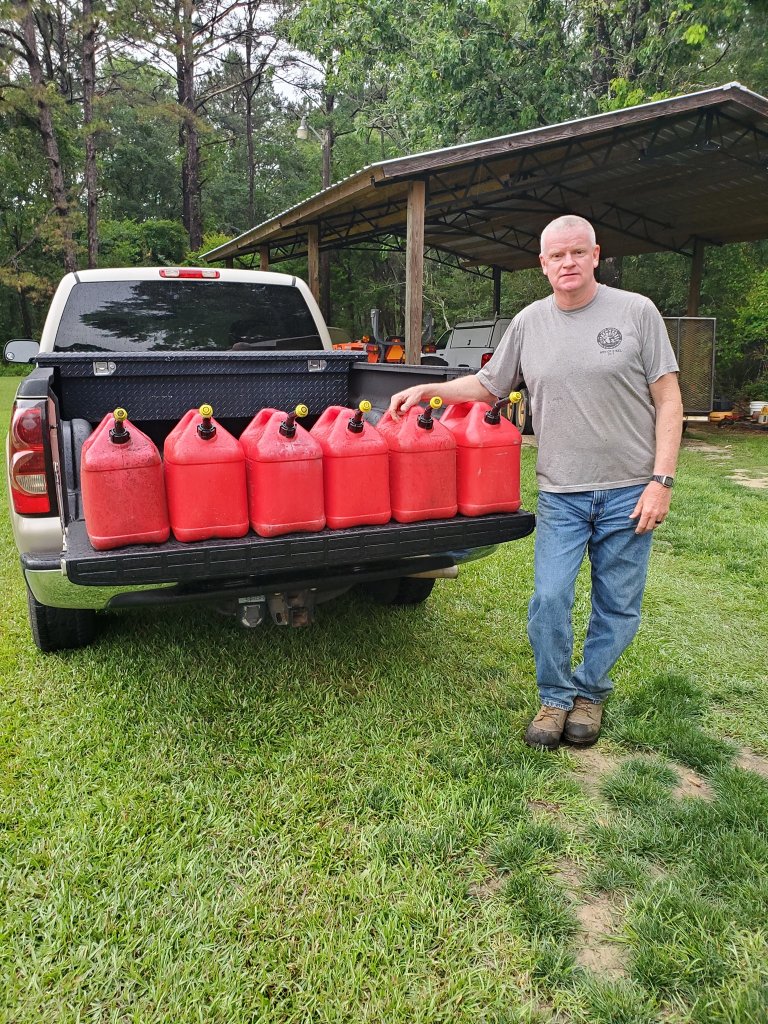 While filling up tanks of gas on Sunday, Covington County local Randy Hildreth found himself worried that he might end up a viral sensation on Facebook, leading to a Facebook post from Hildreth explaining why people shouldn’t judge if they don’t know the full story.

After a cyber-attack on the Colonial Pipeline happened on Friday, several people started panic-buying gasoline to make sure they were stocked up in case of a shortage.

“When I heard about the news, I definitely felt concerned, because you want to make sure that you’re able to get gas to continue to run your business,” Hildreth said. “Then I saw people on Facebook calling people out and it kind of made me feel a little bad because that very well could have been a picture of me on there.”

When COVID hit last spring, Hildreth started filling six tanks of gas to make sure that he would have enough to last a week for his lawn cutting business.

“I cut yards all by myself,” Hildreth said. “I don’t have anyone working for me or anything. I retired from the Air Force and just do this. I started filling up these tanks because I didn’t want to fill up every day. So, I would go fill those up on Saturday or Sunday and I would have enough to last all week. While I was filling up, I had to buy the premium gas and had to pay $3.40. I paid $144 to fill all of them. It’s not like I was doing it for selfish reasons. I had to have the gas. There was a lady sitting behind me in a vehicle waiting and she saw what I was doing. Very easily, she could have taken a picture of me and not really know the whole story.”

One main thing that Hildreth wanted to get across is that he knows there are people hoarding gas, but he doesn’t think everyone filling up cans and tanks at gas stations are filling up for selfish reasons.

“I’m not going to defend somebody who is filling up plastic bags full of gas,” Hildreth said. “But I do want people to know that I don’t believe there are people hoarding gas because I know people are. I know people making those same comments about people hoarding gas that are the same people filling up their gas to go to Bogg’s and Boulders on the weekends and to me, that is taking gas for selfish reasons. If they fill up two tanks of gas to go to Boggs and Boulders, I think that is a selfish reason. They don’t understand it that way though, they just see people at the gas station filling up six cans while they are wasting gas going to Boggs and Boulders. I don’t have a problem with it, as I said in my Facebook post because I enjoy doing every bit of that myself. I just think it is bad for somebody to go on Facebook and calling somebody bad for doing something when they don’t really know exactly the whole story behind it, then they turn around and waste gas.”

As far as the possible shortage is concerned, Hildreth believes everyone will be OK.

Hildreth is also a volunteer fireman but said the fire trucks are good on gas for a month.

“We had a meeting Tuesday night and discussed the possibility of a shortage,” Hildreth said. “I think all of our trucks are already filled up. It will be a month or two before we run out of gas. By then, everything should be fine.”

As of Wednesday, governors in Florida, North Carolina, Georgia and Virginia had declared states of emergency and taken steps to relax fuel transport rules to ease some of the pain at the pump. But the run on gas stations also is colliding with a shortage of truck drivers, compounding the logistical challenges as states try to fill in for the Colonial Pipeline, which supplies 45 percent of the East Coast’s fuel.