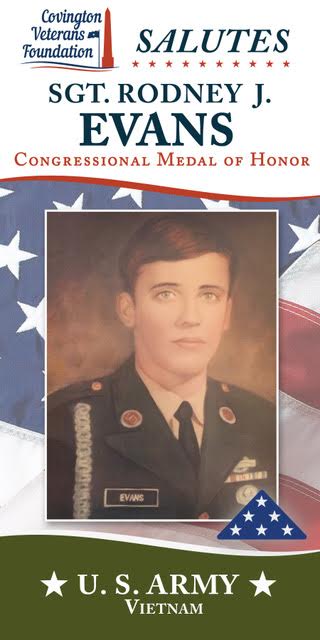 The City of Andalusia, in partnership with the Covington Veterans Foundation, will begin displaying veterans banners in memory of local soldiers who were killed in action later this week. The banners will be on display through the Memorial Day holiday, the  federal holiday in the United States for honoring and mourning the military personnel who have died in the performance of their military duties while serving in the United States Armed Forces.

At present, the CVF has 32 banners in tribute to fallen soldiers, but would like to prepare banners in memory of other local heroes and is in search of photographs of them.

The Covington Veterans Foundation also will offer veterans tribute banners again in September. All banners will be displayed in November for Veterans Day. To have your name added to the contact list for those sales, email covvets@gmail.com, or leave a message at 334.428.1143.