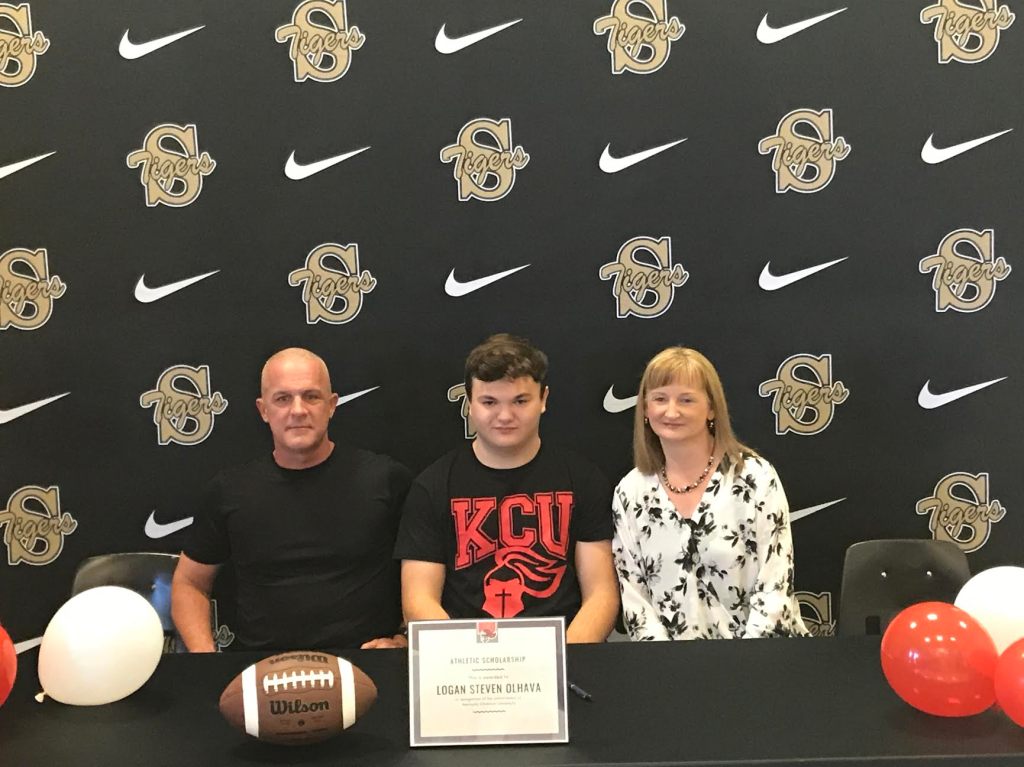 Straughn High School senior Logan Olhava has signed to play football at the next level with Kentucky Christian University.

Before signing with KCU, Olhava was planning on joining the Air Force.

“Nobody really expressed any interest in signing me, so I was going to join the Air Force,” Olhava said. “Once Kentucky Christian offered me a spot, I took it.”

Olhava said he decided to play football at the next level because of his love for the game.

“My senior year was pretty crazy because of COVID-19,” Olhava said. “I didn’t think that it was even going to happen. Fortunately, we were able to play.”

To get ready for KCU, Olhava plans to keep his mental and physical game sharp.

“It’s going to be a whole new game once I get up there,” Olhava said. “All aspects of my game are going to have to be ready.”

Olhava looks forward to being able to play the game he loves the most for a couple more years.

“I plan on doing my best up there,” Olhava said.

He is the son of Jennifer and Jason Beck, and Mark Olhava.