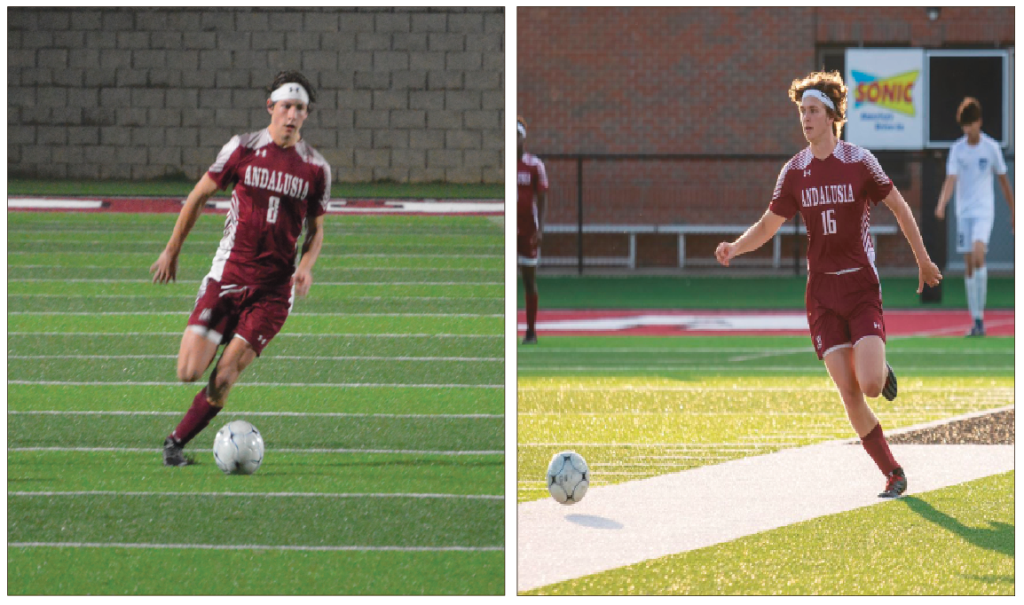 Along with the All-State selection, Theus and Posey were also named team captains for the 2020-2021 season by their coaches and peers.

“I couldn’t think of any kids more deserving,” AHS head soccer coach Ray Bozeman said. “Both of these guys have been around soccer since I got here and have been through the highs and the lows. They have worked hard and both of those kids are really good soccer players.”

Theus is a two-sport athlete for the Bulldogs, playing soccer and football as the kicker.

“Gage is a talented athlete in whatever sport he plays,” Bozeman said. “He has got a lot of God-given ability. He actually had to battle back from a pretty bad back injury, but he worked hard once he came back from that and he deserves everything he is getting.”

Posey set the AHSAA record for most assists in a match with seven to lead Andalusia to an 11-3 win over Dale County.

The previous record (6) was set by Murphy High School’s Desmond Ibie in 2013.

“Records are records and I’m not a selfish guy, but the record that James set is the most unselfish of records,” Bozeman said. “It has been recorded by the AHSAA and will be in the books.”

Posey finished with 44 assists for the season, which Bozeman said unofficially might beat the record for most assists in a season.

Off the pitch, Bozeman said these two players are incredibly intelligent men.

“I love them like they are my own,” Bozeman said. “I have truly enjoyed the journey we have been on together. I’ve loved watching them not just as players but watching them grow into the men they have become. They both have the personality where people are just drawn to them. They are destined for great things in the future.”

Theus ended the season with 75 goals, 65 against varsity teams, which Bozeman said unofficially could break the record for most goals in a season.