A female inmate of the Covington County Jail was taken to a local hospital after officials said she suffered from an apparent overdose Tuesday.

According to a press release from the Covington County Sheriff’s Office, Syndall Faith Duncan, was found not breathing and unconscious at approximately 5:30 p.m. The release states that jail personnel immediately began life-saving measures by issuing a dose of NARCAN and transporting her to Andalusia Hospital. NARCAN Nasal Spray, is a nasal formulation of naloxone approved for the treatment of known or suspected opioid overdose. Designed for use in the community, NARCAN Nasal Spray is needle-free and ready to use. 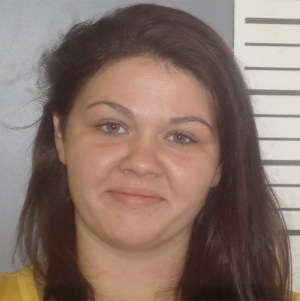 Duncan is recovering and will await transport to the Department of Corrections.

“Officers strive to keep illegal substances out of the hands of the inmates,” said Sheriff Blake Turman. ” To that, great success has been achieved. However, it is not 100 percent obliterated. It is unknown how the illegal narcotic was brought into the jail, but it was recovered. We are prepared for these overdoses but work hard to avoid them altogether.”

Turman said during the first “shake down” to find illegal contraband in the jail, officers recovered 20 five-gallon buckets of shanks, illegal narcotics, and other contraband.  He said the amount recovered in more recent shake downs has resulted in much less contraband confiscated. “Our methods are working, but inmates have a lot of time on their hands to discover new ways to bring things in. While they work on this, we too work on the discovery of it,” Turman said.

“On a personal note, to the community.  Drugs lead to all types of crime, family strife, and injury.  If you have a loved one or a friend that is using drugs, do not stop or give up on getting them help.  Drugs not only hurt the one that uses, but their family and friends. Our staff works hard to help, but the task is nearly impossible.  It will take a community to get the job done.  What starts off as the use of marijuana or even alcohol, or maybe even prescription drugs, can and often will lead to a life of crime, self-pain, family estrangement, and ultimately untimely death,” Turman added.