Grover Ashton Wells Jr. of Andalusia passed from this life Saturday, June 12, 2021 at the age of 80. 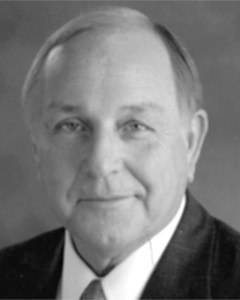 Ashton was one of three boys raised in Andalusia where he loved all things mechanical. He once constructed and fired a homemade sparkplug cannon across East Three Notch St. with gunpowder he crafted from his Uncle Aubrey Mallette’s pharmacy stock of chemicals. He also loved all sports and still holds the record for most earned varsity letters (13) at Andalusia High School as well as a State Championship in football in 1958. In later years, he would be selected for the AHS Sports Hall of Fame. More importantly, though, he met the love of his life, Katy Sue Meredith, while attending Junior High in Andalusia. That story ran through all the others he would create. He was recruited to attend the University of Alabama by Paul “Bear” Bryant on a football scholarship. After a knee injury, he played baseball instead at UA where he was awarded All-SEC honors and led the SEC in home runs. He graduated in mechanical engineering but decided instead to enlist in the Navy where he flew jet aircraft off the USS John F. Kennedy aircraft carrier as part of the VAH10 “Viking” squadron. He recalled the scariest moment in his life to that point was a nighttime carrier landing in the rough seas of the Mediterranean Fleet. Brave indeed, for his A3D jet had no ejection canopy.

Through college and navy career, he continued to court Katy Sue. They were married June 19, 1966 at First Baptist Church in Andalusia. They met life together, in all things, from that moment on. A love of many lifetimes surely existed in their story and continues to be written to this day.

Shortly after finishing his Naval career with an Honorable Discharge, he returned to his education and received a masters degree in environmental engineering from the University of Florida. He was one of the first in his field in Alabama. Alabama Electric Co-operative brought him back to Andalusia to help with designing the expanding power grid. At one point, however, he realized he had to escape the desk work and decided to join TPS parts salesforce where he travelled extensively and interacted with customers all over the southeast. He developed friends for years to come. This propelled him into his next role as Southeast U.S. finance director for General Parts where he kept much of the regional business in his hometown. He served his community on the Andalusia City School Board for 13 years and later served on the Utilities Board for the City of Andalusia and the Powersouth Board until the present.

He was an enthusiastic father to his children and always loved to tell stories that couldn’t help but reveal pride and support in every other word. He continued his athletic career as an avid golfer up until the age where he could no longer hit it further than any other golfer on the course… then it just wasn’t the same. Ashton also continued his love for mechanical projects. His clever mind seldom met a problem he couldn’t solve. The remains of those adventures persist in his shop archives to this day. He gave of his time as a youth sports coach, a passion he continued while watching (and instructing) his grandchildren. Grandaddy seldom missed a game. He knew no strangers, for he spoke to almost everyone he met on the street or at the ballpark. The twinkle in his blue eyes will be greatly missed, but not as much as his love for his family.

Memorial celebration and funeral services will be held Wednesday June 16, 2021 at First Baptist Church in Andalusia, AL. Family will receive visitors at 10:00 in the sanctuary with the services to follow at 11:00.

Flowers will be accepted or donations may be made to The Covington Veterans Foundation at P.O Box 52 Andalusia, AL 36420 in memory of Grover Ashton Wells, Jr.

Family and friends may sign the online register at www.foremanfuneralhome.com