Remember When: ‘The Old Hometown Had Gone Away’ 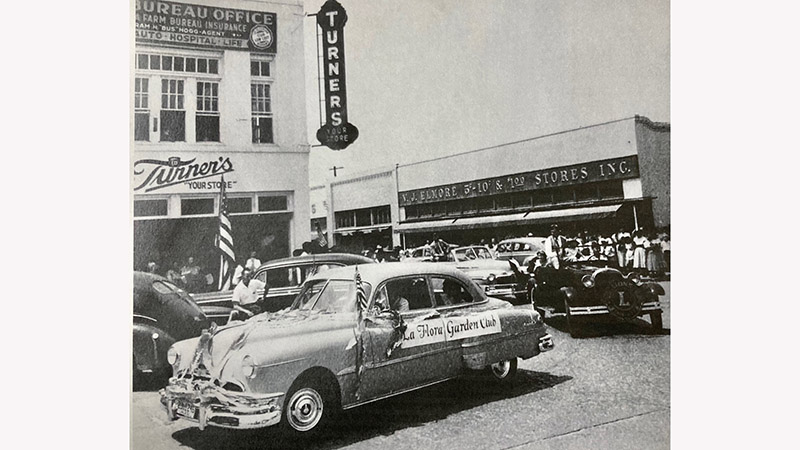 In the 1970s, McDonald and Baker, Montgomery Architects, aka Johnny McDonald and Douglas Baker, offered a report or preliminary study for the re-development of the downtown shopping area of Andalusia, Alabama. This consisted of sections, “The Problem” and “The Proposed Solution,” with “Realizations” at the end which stated that “There is so much to do that it is difficult to find a starting point.” However, the formation of a working “Downtown Redevelopment Commission” with “Rehabilitation Standards” was strongly suggested. Much has been accomplished over the past 50 years, but this plan was certainly a beginning of at least informing the public of what the problems were and helping to build up civic pride to enable this dream to become a reality.

“The dream,” McDonald and Baker stated, “can remain in these pages for our children to read about in future years and say ‘Gee, wouldn’t that have been nice’ or the dream can be nurtured and cared for, discussed and debated, or implemented with other ideas and fed with co-operation and unselfishness.”

Who actually wrote the following account is a mystery. I found it quite interesting and pretty much accurate. It could have been written about Andalusia or any small town in the South with a court square.

“The streets would have been crowded with farm wives and their husbands in overalls. Children would have been lined up at the theater on the corner clutching a 25-cent piece which brought admission to the cowboy film and a bag of popcorn.”

“A stable just off the square would have been populated by a dozen or more squatting men, whittling and engaged in the pleasure of trying to swap the owner a burned out mule for one of the fresh ones he’d just brought in from Memphis.”

“I remembered how it was when I came home from the Navy in the early 1950s. Walking around the square on a Saturday afternoon, I could meet half a dozen former schoolmates for a talk about old times. I remember a corner drugstore where booths were filled with teenagers sipping a Coke and waiting to see who came in during a hot summer afternoon.”

“The drugstore now is one of those with the empty dirty windows. Not even the genial proprietor and his wife who used to know every teenager in town by his first name and steady girlfriend is there.”

“The town looks dead at the center, but to paraphrase Mark Twain, reports of its death would be premature. The life is still there!”

“Teenagers, now in gleaming chrome and steel steeds, flock to a drive-in restaurant on the outskirts of town. Farmers who might be in a mood to change their means of plowing get a visit and perhaps a demonstration from a tractor dealer. The dealer’s showroom is now 10 blocks from the heart of town.”

“The farmer’s wife does her grocery shopping now on Thursday afternoon when the bargains begin. She isn’t tied down now until the week’s work is over and the pickup is available.”

“Andalusia is still there, but the old hometown as I and hundreds of my generation remember it is gone forever.”

Even though you readers might believe this account was written by an Andalusia citizen (and it may very well have been), it was actually an article reproduced from a Birmingham news editorial by news staff writer James Chisum. When the article appeared, it was rumored that several prominent Andalusia businessmen got up in arms calling the article a “slanderous attack” on our small town!

It was evidenced that the article did more than just make some local people mad. It set them to thinking about the future business and economic growth of Andalusia.  There were some questions posed such as “Why is it so hard to find a parking place in downtown? Why are more and more downtown businesses moving to the by-pass or to the new shopping centers? What happened to the green park in the center of the square where the tree lighting ceremony used to be held at Christmas? Why is it easier to go to a shopping center to do the family’s shopping than it is to go downtown?”

This study attempted to find answers to these questions back in the mid 1970s in order to find a solution to the main problem – a decaying downtown Andalusia.

As was stated above, our downtown is in much better shape today in 2021 than it was back then. We can all Remember When those vividly described remembrances were true. I believe that this time in our town’s history is way past the dawning of downtown rehabilitation. Andalusians are enjoying small restored storefronts that have emerged, restaurants that have located, at least one restored train depot that has been converted to a local history museum. Other businesses have flourished including clothing, jewelry, furniture, and office supply stores; attorney and insurance offices; candy shop; coffee shop; barber shop; beauty shop; shoe shop; and revitalized movie theatre – all of which we take tremendous pride in. Yes, the old town has gone away but the new town is full of life once again with more to come to the “heart of downtown Andalusia!”